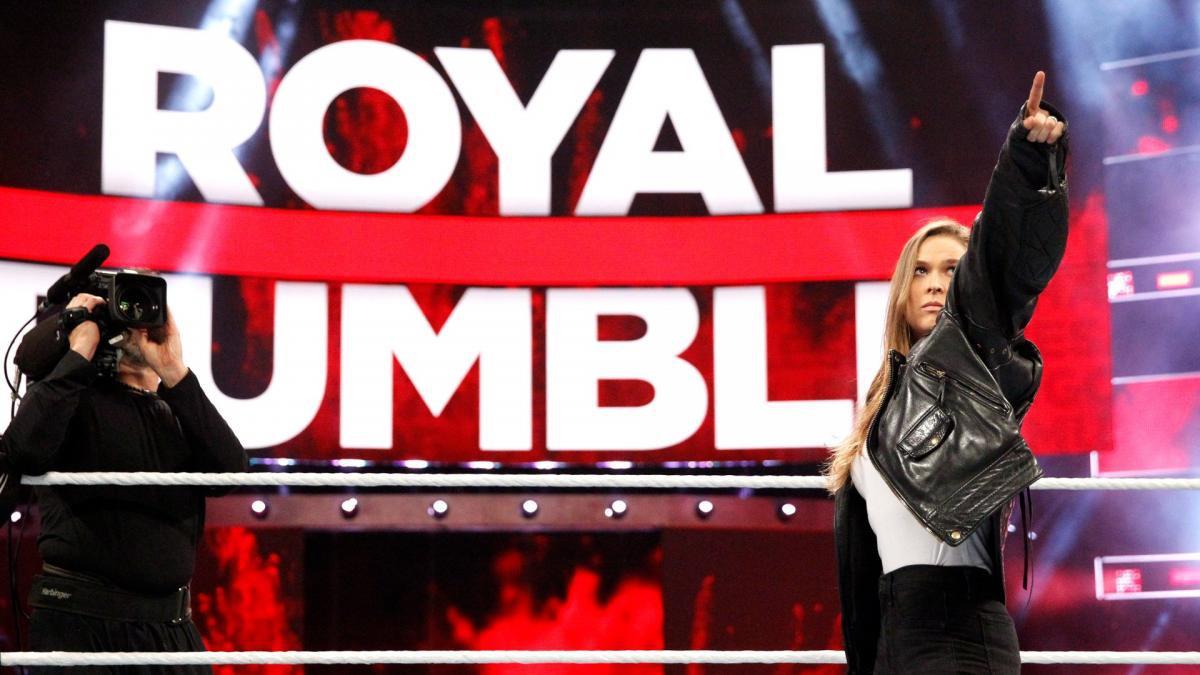 Ronda Rousey, Big E and WWE champion Brock Lesnar have emerged as favorites to win the 2022 Royal Rumble according to Betonline.

Both the current and former WWE champions share 7/2 odds to win the men’s Royal Rumble, which translates to +350. Lesnar last won the Royal Rumble in 2003, and a win in 2022 would set the record for largest gap between Royal Rumble wins at 19 years. That record is currently held by defending Royal Rumble winner Edge, who won the 2010 and 2021 Royal Rumbles. The fact that back-to-back Royal Rumble winners could set this record points to WWE’s continued reliance on part-timers and inability to create new stars.

On the women’s side, Ronda Rousey has emerged as a favorite to win the women’s Royal Rumble with 4/5 (-125) odds. Rousey’s surge comes after a PWInsider (h/t Wrestling Inc) report that she met with a WWE official last week. Rousey’s return has been described as a matter if “when, not if.” Rousey has not competed for WWE since losing to Becky Lynch in the main event of WrestleMania 35. In September, the former Raw women’s champion welcomed her first child with UFC fighter Travis Browne.

Johnny Knoxville, who will be competing as a celebrity entrant, is currently listed at 100/1 odds.

Big E spent much of 2021 as WWE champion before losing the title to Lesnar at WWE Day 1. Big E’s loss was reminiscent of fellow New Day member Kofi Kingston, who had the rug swept from underneath him in nine seconds on the 2019 premiere of WWE SmackDown on Fox. The controversial result was the subject of intense fan backlash, and served as a precursor to a rising trend of Black world champions getting “Kofi’d.” Bianca Belair suffered a similar fate last year at SummerSlam when Becky Lynch returned to defeat the former SmackDown women’s champion in just 26 seconds.

“If you’re the type of person to let something bad tear you down and hold you down for a long time, then you’re probably not gonna progress any further,” Kingston said of Big E’s loss to Brock Lesnar on the “Bleav in Pro Wrestling” podcast (h/t Wrestling Inc).

“This business is so—like, ‘next man up’, you know? So, you have to be constantly on your grind even after a huge loss. Yes, it stings. But again, those things that sting and those things that hurt make you better.”

Big E was listed as a favorite to win last year’s Royal Rumble, where he lasted for just under 30 minutes and was tied for most eliminations with four. The first Black Money in the Bank winner was ultimately eliminated by Omos.

Brock Lesnar represents a peculiar choice to win the 2022 Royal Rumble since he’s the current WWE champion. But with reports that WWE has no plans for a Title vs. Title WrestleMania main event between Lesnar and Roman Reigns, the odds suggest that many are buying into the idea that Lesnar is more likely to lose his world championship. Lesnar faces Bobby Lashley at the Royal Rumble in what many are hailing as a dream match, while Reigns is set to defend against Seth Rollins. Should Lesnar or Reigns (8/1) cost one another their world title, the loser will immediately become the odds-on-favorite to win the Royal Rumble and challenge their rival at WrestleMania.