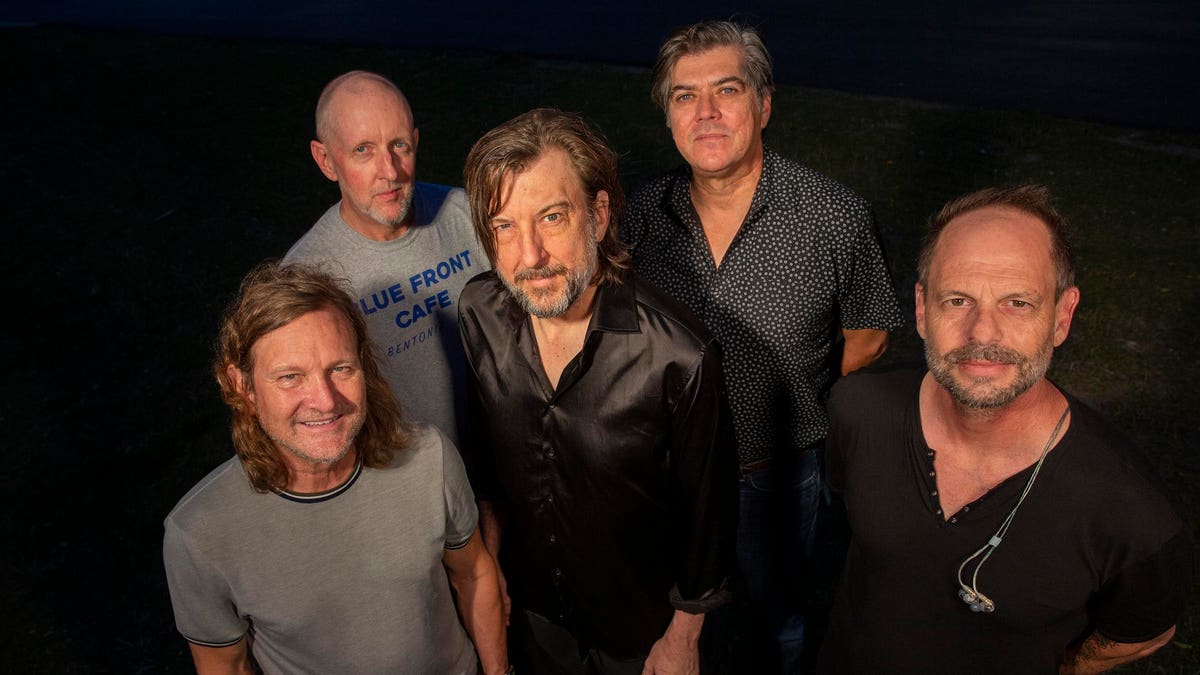 This past summer, as vaccination rates in America quickly rose, live music began to make what seemed like a safe return, particularly outdoors, following a pandemic-induced layoff of about 18 months.

For a band like 90s alternative stalwarts Gin Blossoms, live performance is the most crucial revenue stream. Coming of age in the early 90s, the group was front and center as the music industry began to shift, first amidst the rise of online file sharing and later online streaming.

Responsible for the sale of more than five million albums in America, the group tallied two platinum releases before cratering record sales began to make it exceedingly difficult to monetize recorded music in the internet era.

I caught up with the band during the 4th of July weekend outside Chicago at the Long Play Music Fest in Rockford, Illinois, where they shared a weekend festival bill with acts like Cheap Trick and Wilco’s Jeff Tweedy, and again on July 24th downstate in Decatur, IL for a performance alongside 90s alt pop colleagues Blessid Union of Souls.

In Rockford, over the holiday weekend, things seemed to be trending well in terms of overall COVID case counts. Three weeks later, it was a remarkably normal concertgoing experience in Decatur. But within less than a week, with Lollapalooza looming the first weekend of August, the stark reality of how quickly things could change began to take shape amidst the arrival of the Delta variant.

While they were forced this week to cancel a New Year’s Eve performance in California due to positive COVID tests within their touring community, the band is set to celebrate the 30th anniversary of their breakthrough 1992 album New Miserable Experience on tour beginning in February before hitting the road with Canadian alternative act Barenaked Ladies on the latest installment of the group’s highly successful “Last Summer on Earth” tour.

“Things have been building steadily for us for the last several years. And come summer we’re going out and doing this great tour with Barenaked Ladies and Toad the Wet Sprocket. I’ve got to start working on the staging and the merchandise for that,” explained Wilson, who also stepped in as singer for The Smithereens earlier this month in New Jersey. “I just want to make sure that we are kicking ass and the presentation is top notch. So I’m looking forward to that.”

I spoke with Robin Wilson about returning to the stage in 2021 and the economics of live performance as the Gin Blossoms gear up for a winter tour scheduled to begin on February 18, 2022 in Fort Pierce, Florida. A transcript of our phone conversation, lightly edited for length and clarity, recorded in August prior to the arrival of the Omicron variant, follows below.

What was it like being able to get back on stage in front of actual people this year after that 17 month break?

ROBIN WILSON: Well, it was great. We started playing again in May and June. And even by July, everything we were doing was like the first show anybody had seen in a year and a half. So people were coming out and people were excited to be at shows and having a good time. For us, everything seemed pretty normal. The only major difference was that we were wearing masks at the airport. But, other than that, we were all pretty much experiencing normal show days and stuff.

But now we’re all sort of braced. And it feels like it did back in March of 2020 where we’re all wondering what’s gonna happen? So what it seems like we kind of need to do is just get people to commit to being vaccinated before they go to concerts. And I think we might be able to keep going.

I think people during the pandemic have this tendency to see their favorite artists doing a livestream and underestimate how bad the situation was for so many without the ability to tour for a year and a half. It’s already difficult to monetize recorded music so just how crucial has touring become?

RW: Yes, it’s incredibly important. It’s the only way we make a living. And to see it once again on the verge of going away is heartbreaking. I don’t want to stop again. And if people can just come to understand that this is so precarious – we need them to look out for each other and need them to look out for us. Because if anyone in my band gets a positive COVID test in the course of the next series of shows that we’re doing, it all comes to a grinding f—ing halt. And I really just do not want that to happen again.

Because it’s been great being out and playing. And I have renewed appreciation for how awesome my job is and how madly I love it – how deeply I enjoy my work and how lucky I am that that’s how I get to make a living. And without concerts, then my ability to make a living comes crashing back to zero just like it did in 2020.

Obviously, the reason touring has become so important today is because over the last 20 years album sales have dried up. As an artist signing your first major label record deal in the early 90s – right at the peak of that boom period for the major label system – what was it like watching that shift in the early 2000s as that system sort of started to come crashing down?

RW: It’s been weird. I guess we were lucky to be a part of the old system – where you signed a traditional recording contract and you got to record on analog tape. It was the old school music industry and it was cool to be a part of it.

But by the mid-2000s or whatever, we’d be releasing records and they weren’t really selling the way they had before. So, for us, it wasn’t like an overnight thing.

But it is interesting to find out that I think it’s something like 80 or 90% of all of the monies being generated by the music industry are through streaming. I can’t remember exactly what the figure is – but it’s virtually all of it. We do have some income from streaming. We do OK. In fact, our numbers are even up a little bit over the last year or so. But it’s still just so precarious, you know?

And it’s still just a strange thing that this is what I have to do to make a living – create and sell and perform music. It’s a privilege. I’m glad to do it. But it’s always been a little bit of a risk, you know? This is why my dad didn’t want me to drop out of college.

When it comes to concerts, obviously we’ve seen the rise of the VIP package. You guys do the meet and greets at soundcheck and all of that stuff. How important have those elements become in terms of acting as new ways to generate additional revenue on the road?

RW: Well, over the last three or four years it became a bigger and bigger deal. And we were putting together these VIP packages that were earning us a lot of money. And I was a little bit conflicted about it. Because, from one perspective, it was possible to look at it as this sort of cash grab – like we’re just bilking our fans. And I didn’t want to do that to our fans and I didn’t want to be perceived as desiring that. But the fact is that people love these VIP packages. And they really enjoy them. And it’s worth their money. So we’re just kind of agreeing to do what they ask. And it does benefit me financially. So I just try to make the most of it.

We didn’t get to do it much this summer [because of COVID]. It became mostly just about them getting to watch us warm up and soundcheck a little bit. Then we did a Q&A session where I sat on the edge of the stage answering people’s questions.

Well, on a more positive note, the Ted Lasso thing… Did you know it was coming? What was your reaction to seeing it?

RW: No, I didn’t. I had no idea that was coming. And I had just finished watching season 1 a few days before it happened!

It’s just so cool to get such a positive reference. A lot of my peers, when they get referred to on Futurama or on John Oliver’s show, it’s usually not very flattering. (laughing) But the Ted Lasso thing was just so positive. It was so sweet. And it was a huge compliment. Here’s one of the more important shows on the planet right now – a lot of people are paying attention to it – and we got a nice little shout out. It was pretty cool.

Actually, my ex-wife is a floor director at Saturday Night Live. She’s been there since 1996. So I had had the opportunity to meet Jason [Sudeikis] once or twice over the years. I got to shake his hand a few times. And it’s just cool to be a part of the big discussion, you know?