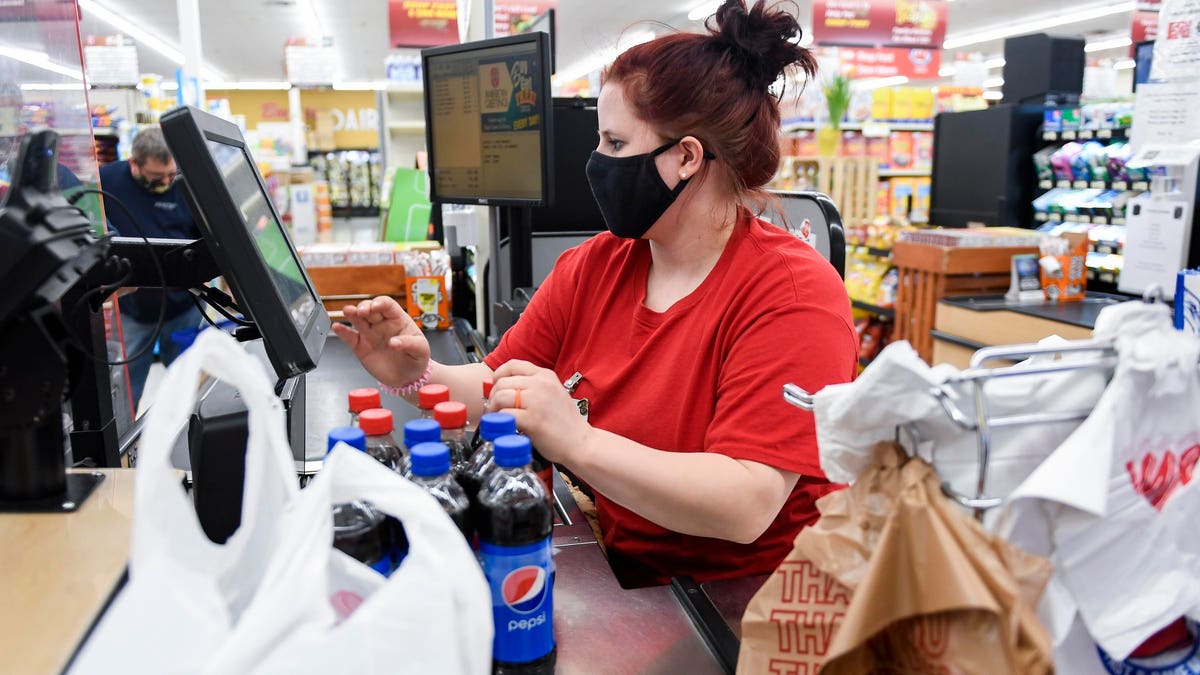 A survey of top retail executives finds 59 percent planning to pass on the costs of supply chain disruptions to consumers. Thirty-six percent were planning to absorb the hit and keep prices consistent.

The survey of 51 senior-level executives fielded in October 2021 by First Insight in partnership with the Baker Retailing Center at The Wharton School found 68 percent expecting a margin hit of less than a 10 percent, but 27 percent saw a reduction of 10 to 20 percent, and five percent, more than 30 percent.

Overall, 65 percent of respondents indicated they were changing their pricing in response to inflation.

For many of the industry experts on the RetailWire BrainTrust panel, price hikes at checkout look like a foregone conclusion.

“It’s going to be unavoidable,” wrote Joel Goldstein, president of Mr. Checkout Distributors, wrote in a RetailWire online discussion last week. “The distributors that we work with are seeing higher logistics fees and the suppliers are seeing higher raw material costs. The amounts will be slow to grow but it will all be passed along to the end consumer in time.”

“Show me a retailer that will willingly absorb cost increases to the detriment of their own profitability, and I’ll show you a pig that can fly,” wrote Jenn McMillan, chief accelerant at Incendio.

When executives were asked how they are deciding where and how much to increase pricing, the top responses were:

“Of the four options presented, three should have been implemented long ago as a matter of conducting everyday business,” wrote Bob Amster, principal at Retail Technology Group. “Only cost-based pricing will ensure that retailers make a profit and consumers pay the lowest possible price in an inflationary economy.”

Vendors on third-quarter analyst calls expressed optimism that surgically raising prices would support their margins while maintaining value across their brands.

James Quincey, CEO at Coca-Cola, said on Oct. 30, “Recent price actions to offset higher input costs have been effective, with lower-than-expected price elasticities to date, and promotional levels remain below 2019.”

Alan Jope, Unilever’s CEO, said on Oct. 28, “There is more pricing still to come, but our pricing actions are thoughtfully planned and carefully executed. We expect a net benefit to topline from the pricing actions that we’re taking.”

Andre Schulten, Procter & Gamble’s CFO, said on Oct. 19, “We expect pricing to be a larger contributor to sales growth in coming quarters as more of our price increases become effective in the market. As this pricing reach[es] the store shelves, we’ll be closely monitoring consumption trends. While it’s still early in the pricing cycle, we haven’t seen multiple changes in consumer behavior.”

On Wayfair’s quarterly call on Nov. 6, Niraj Shah, CEO, remarked about the online home furnishing retailer’s pricing strategy. “What we’re focused on is how do we make sure the customers stay on our platform and the price levels aren’t such that they want to leave and go elsewhere.”

“Retailers have many tools at their disposal to ensure that price adjustments are surgical rather than sweeping,” wrote Carol Spieckerman of Spieckerman Retail. “Many of the majors have doubled down on private brands and hired, partnered with, or purchased, data and pricing expertise to make it happen. Retailers don’t have to absorb all price increases and can exert pressure on suppliers to share the burden. Throw in the reality that scarcity may overtake price pickiness this holiday and there are many mitigators to price-based pushback.”

Some RetailWire BrainTrust members were, however, concerned about fallout from price increases, surgical or otherwise.

BrainTrust member Paula Rosenblum, managing partner at RSR Research, had a suggestion that could help retailers maintain margins while still facing the current state of retail.