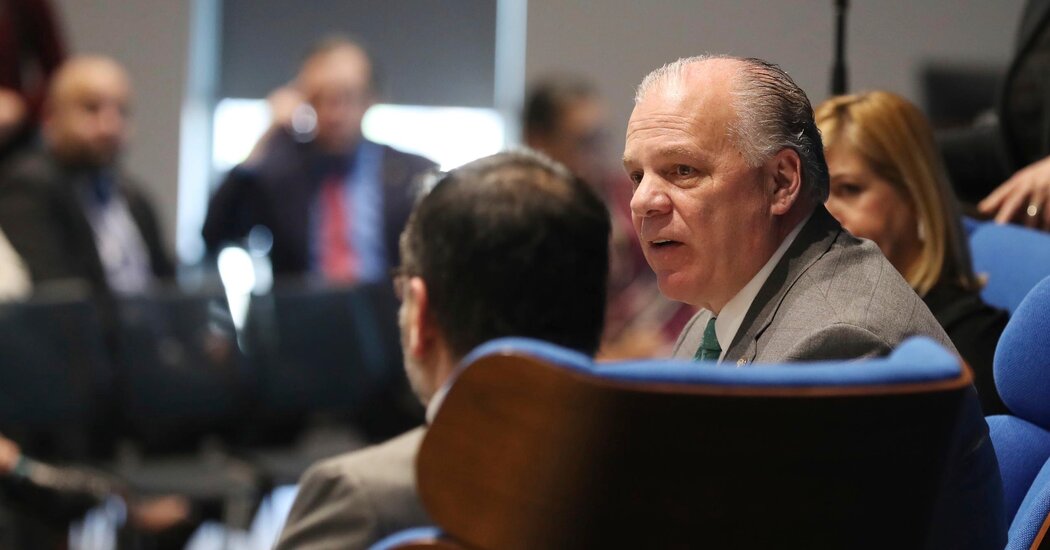 “He was able to impose his will on legislation,” said Joe Vitale, a Democratic state senator. “He was a force of nature. So it will be a loss for those of us who respect him and support him.”

Mr. Sweeney was closely allied with George E. Norcross, an insurance executive and powerful power broker whose stranglehold on southern New Jersey politics lead many to see him as a shadow governor. The two remained close during both Mr. Murphy’s administration and former Gov. Chris Christie’s eight years. Without Mr. Sweeney at the helm of the Senate, and with other Democratic losses in the southern part of the state, Mr. Norcross may no longer possess the ironclad control to shape state policy, though he still counts numerous legislators as allies.

In an interview, Mr. Norcross described Mr. Sweeney as “the Lyndon Johnson of the State Legislature” who “brought order to the chaos.” He said the sudden swelling of Republican turnout and independents’ anger “happened with such warp speed, that there was nothing that could have been anticipated or done, because it’s not like we didn’t have the money available to do it.”

He added that the Democratic Party will need to change, both in the state and around the country, to win back voters.

“The Democratic Party is going to have to, and candidates for office are going to have to, redefine themselves as fiscally responsible legislators and ones that are going to spend government money wisely and not recklessly as is portrayed,” Mr. Norcross said. “They can’t be defined as wanting to defund police or socialist.”

Mr. Sweeney’s loss sets up a wide open race for his successor. Nicholas Scutari, a Democratic state senator from northern New Jersey, is seen as a possible candidate to replace Mr. Sweeney in the senate leadership. Troy Singleton, a Democratic state senator from southern New Jersey, also has been mentioned as a possible replacement, among many other candidates.

Ed Dobzanski, 56, a union truck driver from Gibbstown, N.J., said he voted for Mr. Sweeney because of the Senate president’s long support for trade unions, but he thought his rival’s victory reflects a public desire for change.

“I think this is a backlash of the same people being in the same positions a long time,” he said. “People just wanted change, they are tired of career politicians.”