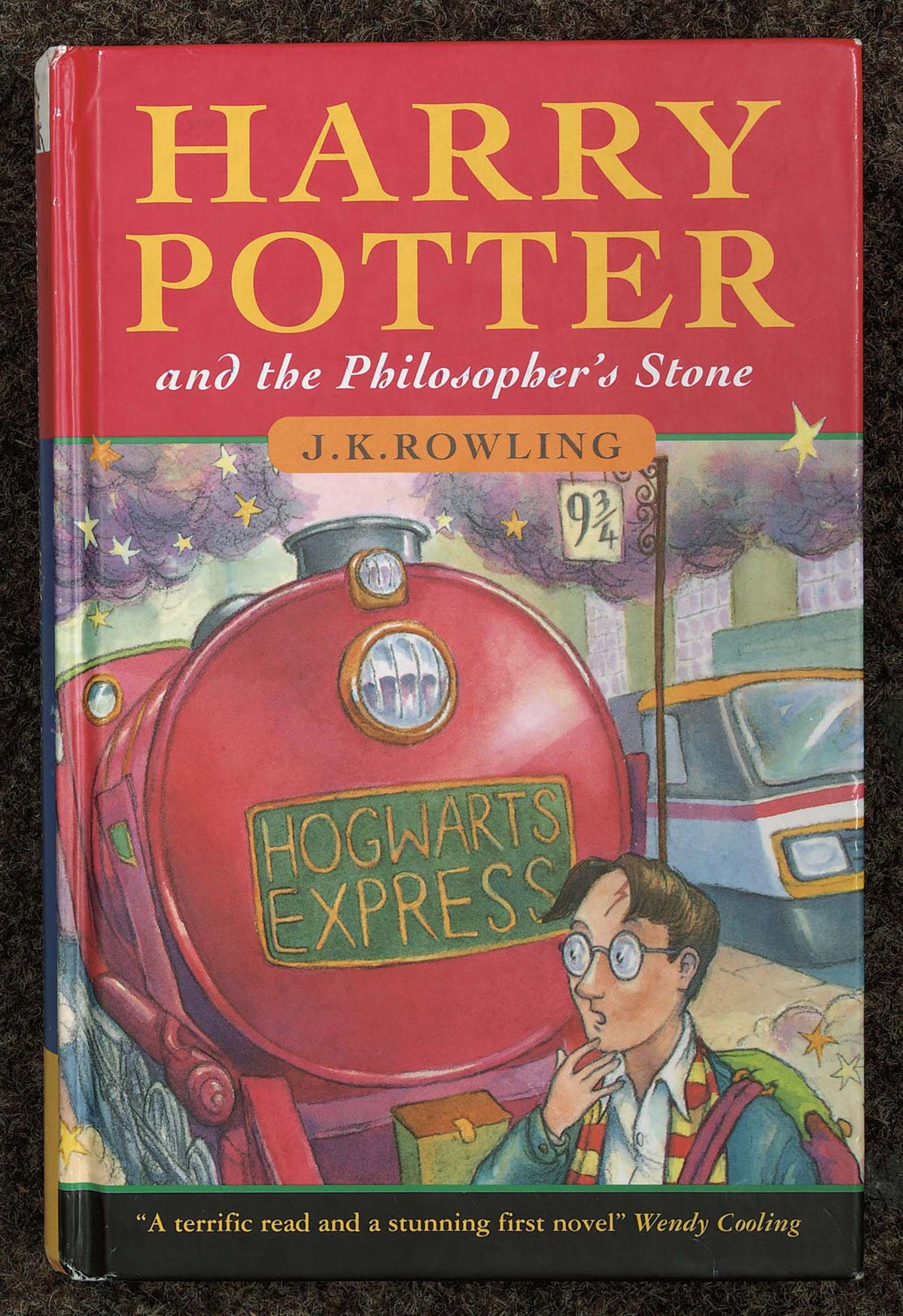 A rare first edition of Harry Potter and the Philosopher’s Stone by J.K. Rowling sold for over $110,000 at a recent auction in Leyburn, UK.

One of 500 hardback first edition books from 1997, the book was bought from a book store in Nottingham, and features J.K. Rowling’s name as “Joanne Rowling” on the copyright page. The total auction gathered roughly $357,000, with the collection consisting of various maps, manuscripts and books – including a Bible from 1660.

The price is one of the highest recorded for one of Rowling’s first edition books. In 2013, an annotated first edition copy with over 20 original drawings and notes sold for $228,000 in a charity auction by Sotheby’s. A new world record was set at Bonhams in November 2017, when a first edition copy of the first book sold for around $139,000. Other Potter ‘antique’ sales include leather-bound, handwritten and illustrated copies of Rowling’s companion book The Tales of Beedle the Bard, an exclusive seventh copy of which was sold by Sotheby’s for $3.98 million in 2007, benefiting J.K. Rowling’s children’s charity Lumos.