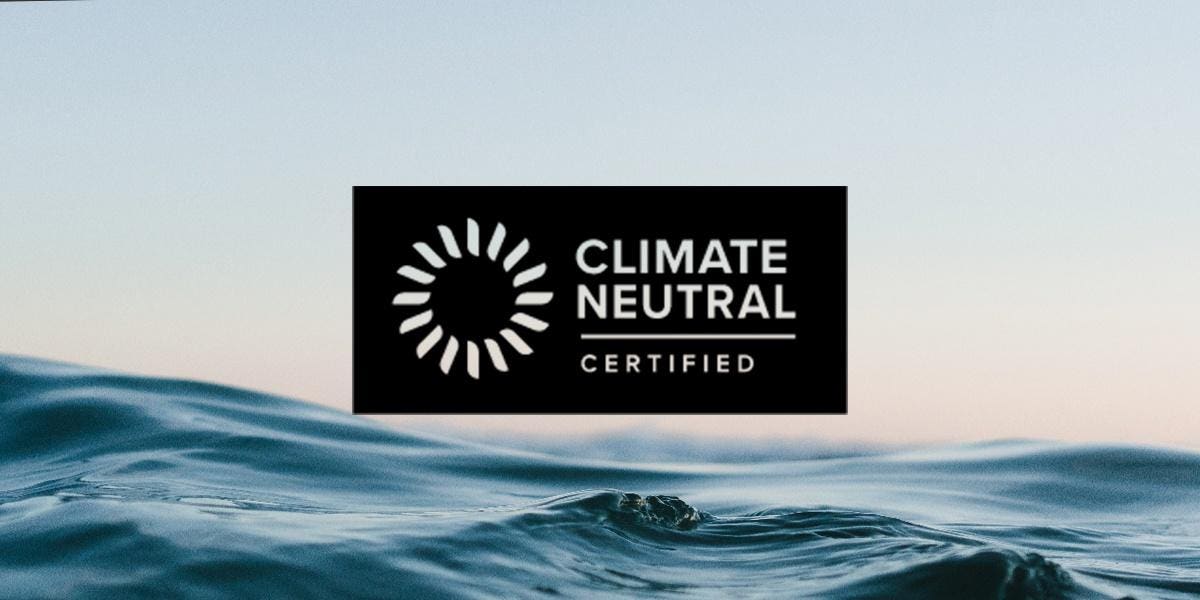 Climate Neutral is an independent nonprofit committed to assisting as many businesses as possible meet the increasing urgency of the climate emergency. For two and half years, it has curated, clarified, strengthened, and standardized environmental benchmarks for businesses big and small, while providing a label for increasingly conscious consumers to “shop” for eco-friendly brands.

The organization aims to decrease global carbon emissions by enlisting and supporting brands in their missions to measure, offset, and reduce the carbon they emit. This is a Lead With We endeavor par excellence insofar as brands must work With consumers — the first We — to move the world toward the zero net emissions future that science tells us we desperately need. Without doing so, we’ll continue to erode the planet’s natural resources and protections with all the attendant ramifications on all living things — the Higher We.

Through a trusted and streamlined three-step method, Climate Neutral certifies companies (320+ to date) that are undertaking immediate climate action to reduce their emissions and buying credits to offset their overall carbon footprint. Companies must recertify annually, and terms vary depending on the revenue size of the company.

The process starts with companies first measuring (credibly estimating) all their emissions from manufacturing, operating, and distributing their products. The Climate Neutral Brands Emissions Estimator — the BEE — makes carbon footprinting, and therefore emissions reductions, easier for companies. Climate Neutral has catalogued 700+ emissions reduction projects all told among its brands.

Certified companies must also purchase carbon credits to counterbalance their footprint. The certification levies a fee for every tonne of carbon emissions, funneling major investments into global carbon sequestration and reduction efforts.

Climate Neutral measures its collective impact by the tonnes of carbon dioxide equivalent that its brands measure, offset, and reduce. Last year, that meant almost 800,000 tonnes.

There are three main industries comprising current Climate Neutral Certified companies: durable consumer goods (e.g. Avocado mattresses, Allbirds); food & beverage (e.g. Bread Alone Bakery, Coffee Bros); and health & beauty (Maison Louis Marie, Nécessaire). The organization aims to recruit more global mega-brands into its portfolio, CEO Austin Whitman tells We First. “Our target market is probably more in the 50 million to five billion in revenues [range]. So not the biggest companies in the world, although we’d like to work with them.”

Climate Neutral is “trying to give consumers a very simple way of taking into account the fact that there are climate impacts to every dollar that they spend,” says Whitman. “And to provide a label that makes it easier for them to “spend [their] dollars on things that are actively made with climate change in mind.”

At the same time, with so many competing standards, technical jargon, and greenwashing, business leaders have been in dire need of an honest, simplified, and effectual context for measuring, reducing, and reporting on environmental impact. “None of the frameworks out there, the standards out there, give you a very specific direction, which means that they’re really hard to plan for,” Whitman laments.

“The stuff is just mind-blowingly difficult … including for executives of relatively large companies,” he says.

So, a typical company — “even with a billion dollars in revenues,” Whitman says — even if they have an active sustainability program, “probably has no idea what they’re doing on climate.” In the past, they’d have to either hire a consultant or an entire team to plan for and supervise any carbon decreasing efforts. That typically meant a year or more of work, with the projects and impacts lasting maybe a year or two, Whitman says. And “in some cases, literally 10 years of just trying to understand what their impacts are.”

The world — especially the business world — needs that level of anxiety and taxation if we’re to solve the environmental crisis. The leaders and thinkers behind Climate Neutral had “heard in 2018, we had 12 years to make an impact [on the environment]. So, five years is too long to plan. Three years is too long to plan.” By 2020, scientists were warning that we might have only 7 years before the climate emergency reaches a tipping point for the Earth.

As we’ve all experienced over the past few years, time is running out at an exponentially accelerating pace. Are we rising to meet this urgency?

Inside businesses, Whitman says, “There’s no question there’s a huge trend toward just more data collection and reporting. And our perspective is much more insider: We have access to the data that companies all have on their operations. And we’re trying to help them, first of all, measure it, and second of all, plan to reduce those impacts.”

Whitman sees two significant obstacles to getting businesses on the right track to carbon reduction — with the aim of neutrality. The first is “confusion around the complexity … of ESG metrics,” he says, in order to create “a unified system by which companies can benchmark and then report on how they’re doing.”

The second is that there’s “still a huge amount of opacity in the supply chain, which is problematic on both ends of the spectrum, ESG, and sustainability,” Whitman says. “Frankly, most emissions are in the supply chain … tied to the raw materials and the production of a physical good. And when people start to pick that apart, they refocus their energy on the supply chain and product design away from things that would have only maybe affected their footprint by one or two percent.”

In either case, he insists, “There are ways to create credible estimates of the impact.”

What about the criticism levied by some that carbon offsets are not enough? Actual reductions must also happen? Whitman agrees. That’s why Climate Neutral requires both. For one main reason, according to Whitman: Only a smattering of companies have historically met their commitments. Reductions alone won’t do the trick. And neither will offsets.

Whitman, like all of us in business, “lived through this in 2005, when a whole bunch of companies were saying, ‘By 2020, we’ll have our footprints 20 percent reduced off a 2005 baseline. No big deal!’ And that did not happen. And certainly didn’t happen globally. And I challenge you to find a single company for whom that was true, assuming they didn’t go out of business,” he says.

“Assuming … a high, high, high likelihood of see[ing the same] in 2030 … how do you mitigate that risk?” Whitman asks. “The answer is to get as many companies investing in every possible way to decarbonize. And yes, get comfortable with companies making investments outside their supply chain, which equals carbon credits,” he says.

A climate of consistency

“But only if that’s part of an exercise that happens annually, comprehensively, and repeats every year,” Whitman cautions. “Because in a year, a company comes back and says, well, we worked on reductions, we got five percent out of our shipping emissions — but our overall footprint increased by 10 percent. But our product level intensity improved by five percent. There are all these different things going up and down.”

So, “at the very least, as they go, companies are investing money into decarbonization projects, whether it’s a forest or a mineral weatherization technology. Companies are investing actual money so that by the time you get to 2030, if you haven’t been able to decarbonize in your supply chain, you’ve at least improved the systems, and expanded the activity in the voluntary carbon credit market.”

Creating a climate of carbon-consciousness at your company

Whitman offers those hoping to Lead carbon neutral and other environmental efforts and cultures in their own businesses three pieces of advice:

If you’d like to dive deeper with more purpose-led companies like Climate Neutral, check out the Lead with We podcast here, so that you too can build a company that transforms consumer behavior and our future.