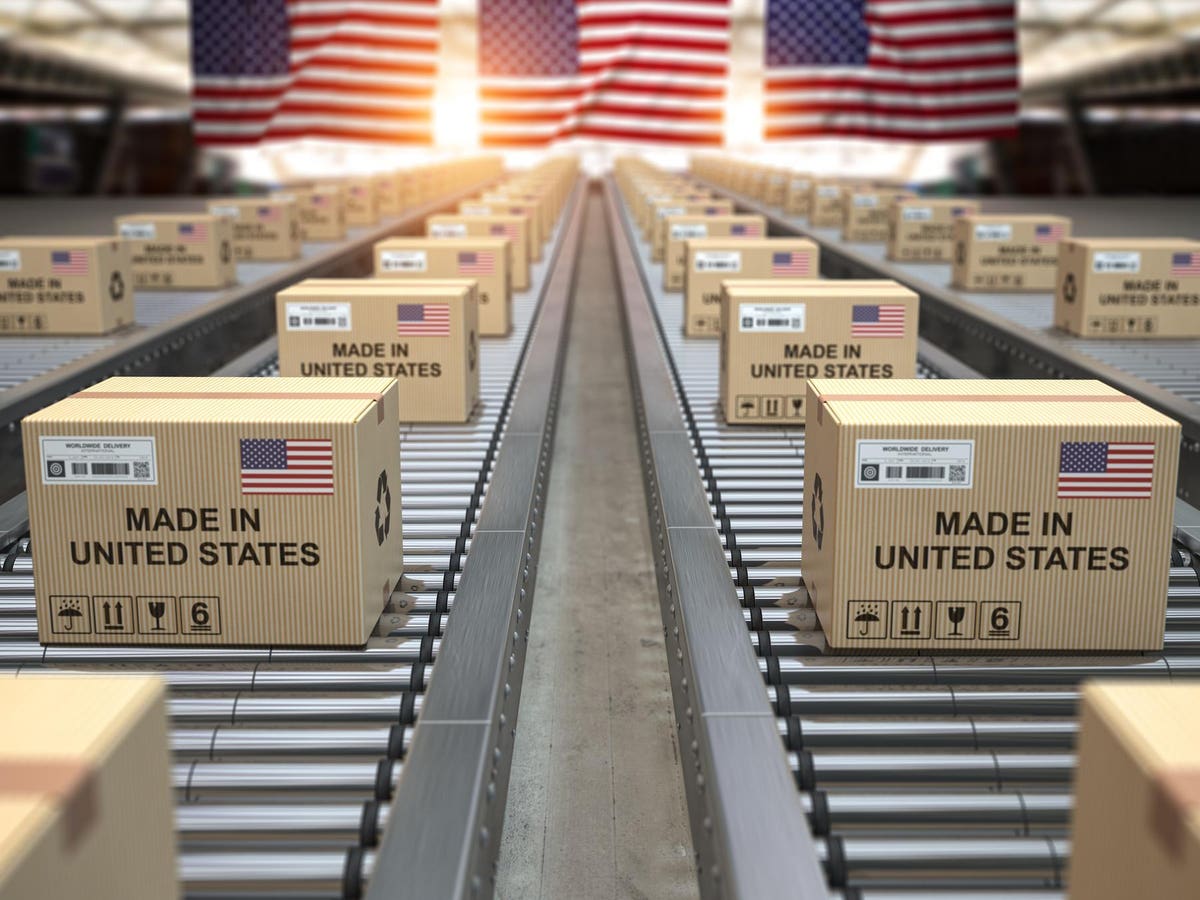 The pandemic-driven supply chain crisis, coupled with growing generational interest in sustainable and ethical sourcing, is energizing the movement to on-shore the ingredients in and production of consumer goods. The signs are popping up everywhere, presenting a whole new set of challenges for retailers trying to research what consumers want and how much they’ll pay for it.

Retailers are discovering the downside of “fast fashion” and cheap overseas workrooms and factories as scarce containers, clogged ports, and even a dearth of domestic truck drivers threaten to undo what economists say ought to be a banner holiday season. The recent pandemic shutdown in Vietnam, a major apparel supplier, is just the latest development that is upending the plans of many retailers. From electronics to lipstick, the industry is in a squeeze between choked supply lines and growing consumer sensitivity about where and how products are sourced.

Chris Butler, CEO of National Tree Company, recently told Retail Dive that the decorations industry faces a “perfect storm for empty shelves” for the coming holiday season. According to Butler, his firm’s customer research finds 80 percent of surveyed consumers expect more parties and decorations this year compared to 2020. But fires and drought have wreaked havoc with the supply of natural live-tree Christmas trees, and logistic snafus are interfering with the import of artificial trees.

The supply chain crisis has poked a hole in the high expectations of brands like Nike , which recently cut its sales forecast for the year due to the closure of factories in Vietnam.

“Everything that can go wrong is going wrong at the same time,”

MGA Entertainment CEO Isaac Larian recently told Bloomberg. Larian, head of one of the world’s largest toymakers, said, “I’ve been doing this for 43 years and never seen it this bad.”

On top of all that, customers are becoming increasingly sophisticated about the sourcing and the content of what they buy. In the cosmetics industry, “Celebrity partnerships and flashy packaging are no longer enough to capture consumers’ attention,” writes Paul Magel, an executive with CGS, a New York-based consultant to leading brands and retailers. In a recent piece on industry news site BeautyPacking.com, Magel reports that the firm’s 2021 State of the U.S. eCommerce Consumer Survey found that 63 percent of consumers want personal products and cosmetics to be made within the United States, with 52 percent citing materials used in manufacturing as the reasoning.

On-shoring — the “make it here or near” movement — was largely dismissed as a privileged tactic available mostly to higher-end companies eight years ago when Walmart first announced a ten-year plan to source more of its products in the U.S.

At the time, the company pledged to buy $250 billion in U.S.made products over the coming decade. Earlier this year, as the pandemic’s effects on sourcing became apparent, Walmart announced plans to bolster its American supply chain by injecting another $350 billion into the U.S. manufacturing sector over the next decade.

In California, home to the largest fashion manufacturing hub in the U.S. (Los Angeles) the legislature recently enacted a new law guaranteeing garment workers hourly wages and prohibiting piecework. Manufacturers will now be liable for wage theft and other illegal pay practices.

Washington has taken note as well. The U.S. Senate last month passed a proposal to create a standard for products that carry a “Made in America” label. The proposal establishes a uniform federal standard for products that have labels that state the item is “Made in the USA” or “Made in America,” aimed at giving consumers a way to make informed decisions “while supporting American workers and retailers,” according to one of the sponsors.

These trends, among others, will make the retailer’s job of figuring out what consumers want and how much they’re willing to pay for it an even more complicated and daunting task. In a report by First Insight data found signal shifts in consumer mindset as retailers met consumers with differentiated, innovative products priced right. The study highlighted that quality was more important to consumers than price as influence of discounts on purchase decisions declined.

Consumers are willing to pay for the “right” product but retailers and brands must understand and actually supply the “right” product to the consumer. In today’s environment, it is table stakes for retailers, brands, designers, and merchants to ASK consumers what they want by leveraging digital product testing technologies that test, listen, and incorporate the voice of the consumer. It’s scaleable, it works, and it’s proven.