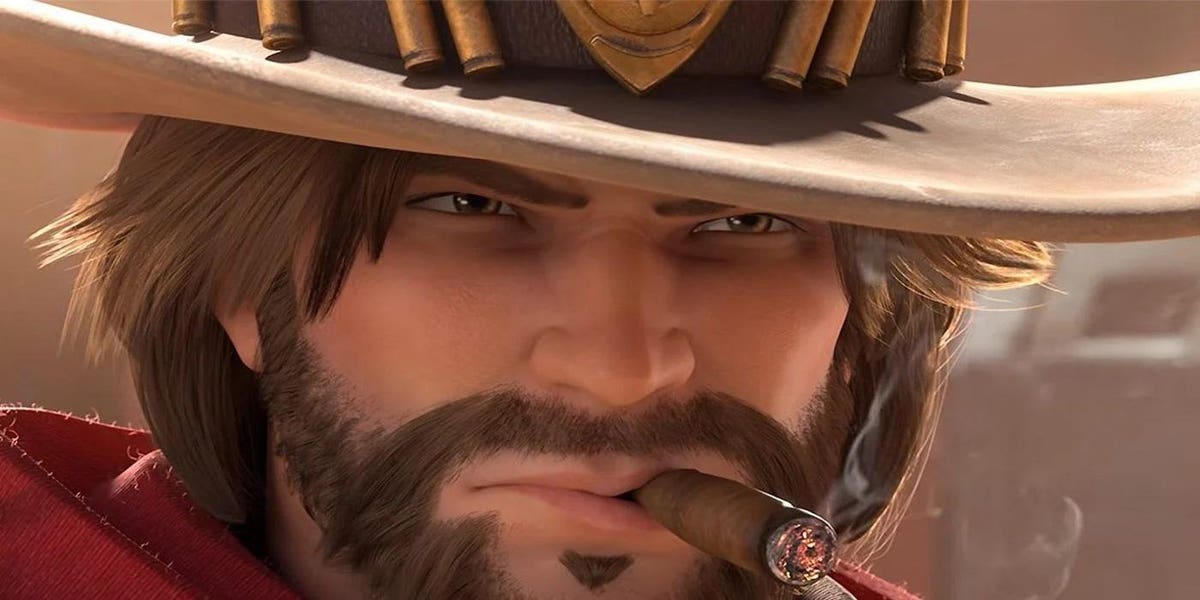 One of the original Overwatch characters, Jesse McCree, is getting a name change. That’s because he was named after the real life Jesse McCree, an ex-Blizzard employee who left the company as part of the ongoing cleansing that’s occurred since the state of California filed its discrimination lawsuit.

McCree was one of the men shown in the “Cosby suite” pictures, a hotel room at BlizzCon used as a party room with dubious implications.

So the name change makes sense and maybe ought to also serve as a cautionary tale against naming video game characters after real people in the future.

What that name will be remains an open question, but one theory I’ve seen floating around is that Jesse McCree will be named Joel McCloud. This was actually the character’s original name back when he was just a concept, before Overwatch launched.

Who Is Joel McCloud? (Not Fox McCloud!)

As you can see, many of Overwatch’s OG characters used to be named something else (image via). Some remained the same—Symmetra and Mercy, though Mercy looks nothing like her final character. Others we’ve never seen, like the spiky-headed, Kratos-clone Luc. We never got Firestarter, either, which is too bad. And Ironclad became the much harder to spell, but also much cooler, Torbjörn.

Meanwhile, McCloud was a Scottish highlander who, quite frankly, I would really like to see as an Overwatch character. Sadly, there’s not much likelihood that the pistol-wielding cowboy will become a claymore-wielding highlander, but it does seem at least possible that McCree will become McCloud. It’s a similar enough name, after all, and it pays homage to the original concept. It’s also the name of another famous video game character: Fox McCloud of Star Fox fame. So that’s fun.

In any case, we’ll find out the actual name change later this year. Activision-Blizzard remain under intense scrutiny as the California lawsuit continues to shine a light on sexual harassment and inequality in the video game industry.