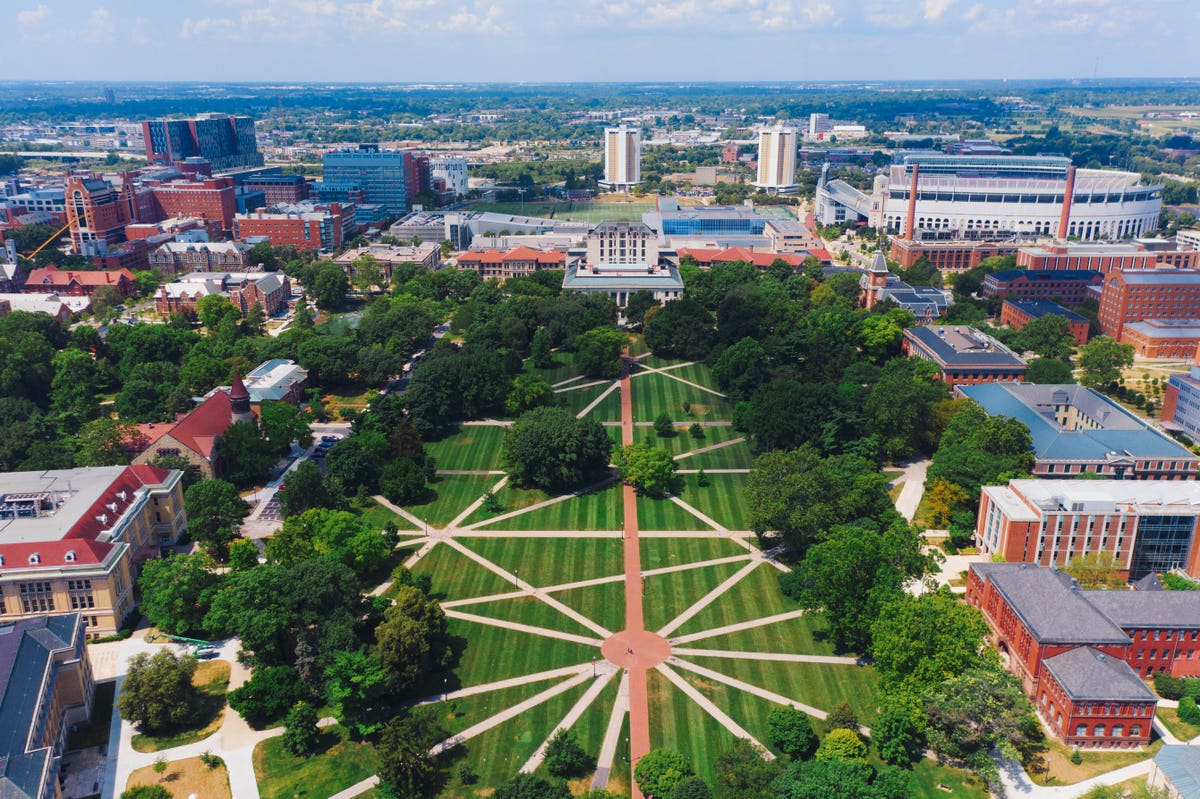 Ohio State University (OSU) has unveiled a long-term plan intended to make it possible for its students to earn an undergraduate degree, debt-free. The “Scarlet and Gray Advantage” is part of OSU President Kristina M. Johnson’s vision for the university, which she described during her November 19, 2021 investiture speech.

“By reaching for excellence in everything we do, and by organizing ourselves for effectiveness and influence, we are going to make The Ohio State University just what it should be: the greatest land-grant university of the 21st century,” said Johnson, Ohio State’s 16th president.

It’s expected that it will take about ten years to bring the new program to scale. Key to its development is Ohio State’s commitment to raise $800 million for student scholarships, but the program involves more than merely adding more scholarship opportunities. It also will require that students themselves take an active role in tapping the key additional sources of support the university will organize.

Here are the main components of the plan:

The plan will be pilot tested in the fall 2022 semester, when the university will select 125 new first-year students to take part in the initial Scarlet & Gray Advantage cohort. Details about how those students will be selected will be determined next year as the incoming class is finalized.

A number of universities – most of them private – have introduced debt-free programs for their students over the past several years, but Ohio State, a public, land-grant institution that enrolls more than 53,000 undergraduates, would become one of the nation’s largest debt-free college programs, when its plan is fully realized.

With total student loan debt reaching as high as $1.7 trillion in 2021, those colleges that claim to offer a debt-free education have typically done so by replacing student loans in their financial aid packages with grants or scholarships that don’t have to be repaid. But like the Ohio State plan, “no student loans” is not the same as “free college.” Most universities will still require that students make some contribution and/or engage in part-time employment, while others may include parent loans in their calculation.

The Scarlet & Gray Advantage will come in addition to other affordability initiatives that Ohio State has used to reduce loan debt for its undergraduates. For example, since 2018, the Ohio State Tuition Guarantee has locked in tuition, housing and dining costs for each entering cohort of undergraduates for four years.

In 2020, less than half (47%) of OSU’s bachelor’s degree recipients graduated with debt, and these borrowers owed an average of $27,133, considerably less than the national average.

President Johnson believes that the Scarlet & Gray Advantage will be distinctive in higher education, claiming that “by teaching our students to successfully manage their finances, we will be offering far more than a debt-free degree — we will be turbocharging the next generation of change-makers.”

Ohio State’s plan will be watched closely by its peer institutions, particularly those in the Big Ten Conference. If it proves to be feasible at an institution the size of Ohio State, other flagship universities will feel the pressure to follow suit. That spells good news for thousands of prospective students and their families.