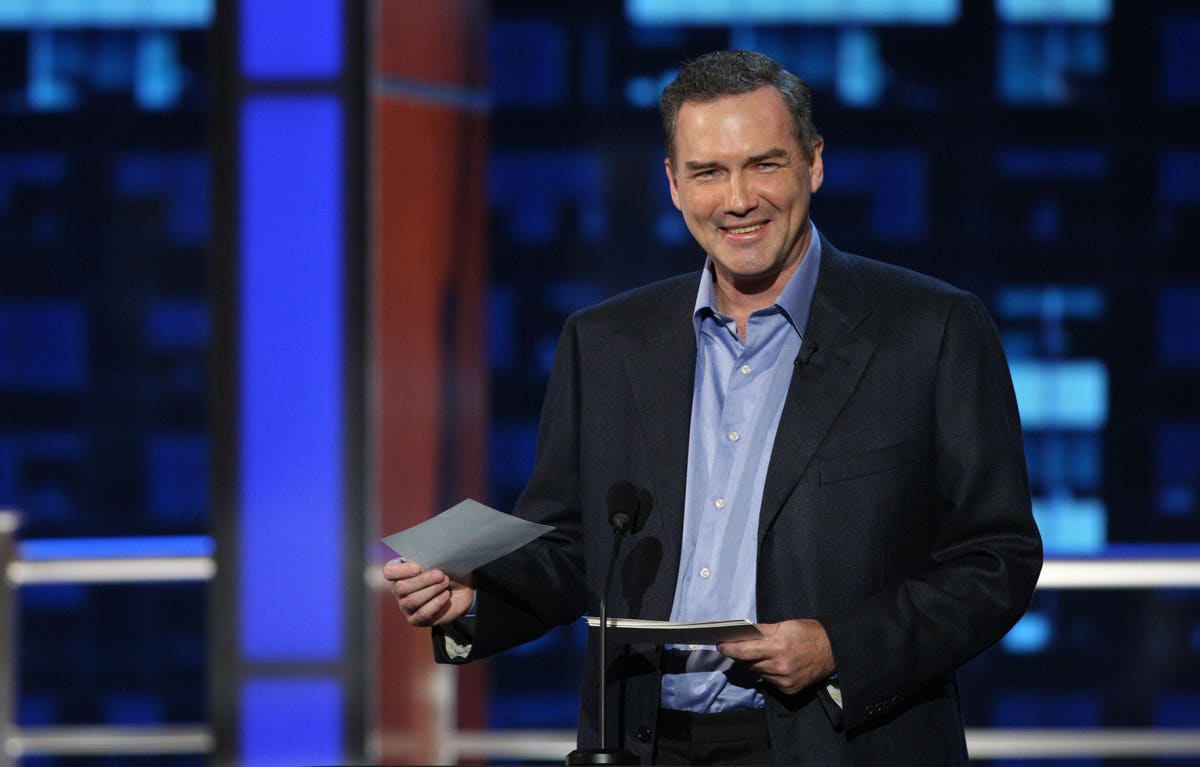 Norm Macdonald, a longtime comedian who was a beloved “Weekend Update” anchor and late night TV guest, passed away after a nine-year battle with cancer at the age of 61 on Tuesday. The news was reported by several outlets citing the comic’s manager. Deadline was the first to report on the tragedy.

Macdonald leaves behind an unrivaled body of work from his many “Update” jokes on Saturday Night Live, talk show appearances, and other memorable TV stints such as when he roasted Bob Saget and hosted the “ESPY’s”, not to mention the time he also hosted the White House Correspondent’s Dinner.

Norm’s crafting, delivery and commitment to jokes leave him universally regarded by his former peers and comedy fans as one of the most unique and relentlessly funny comedians of all time.

Norm shows it’s truly the thought that counts near Conan’s end with The Tonight Show.

Norm took on hosting duties in front of President Bill Clinton in 1997.

At the end of Norm’s incredibly strong farewell set for Dave, the late comic professed his love for Letterman, one of his heroes. Dave had publicly cited Norm as one of his favorite comedians before Macdonald’s passing.

Norm’s set at Saget’s roast was the brilliant comic’s most highly-recognized instance of going against the grain and intentionally bombing for his own pleasure as well as for the enjoyment of his fellow comics on the dais.

His well joke at 4:15 in the clip puts the cherry on top of one of his most memorable moments.

Unless you’ve been on another planet for the past decade, you’ve seen Norm’s timeless telling of “The Moth Joke”. Macdonald sometimes loved overloading a setup to make an audience wait for the eventual payoff.

Macdonald was undoubtedly fired from SNL for making too many O.J. Simpson jokes as then NBC network head Don Ohlmeyer was buddies with Simpson.

Norm had the last laugh when he savagely attacked the show with an unabashed quip when returning the following year to host.

“Finally, according to the U.S. News & World Report 1997 Career Guide, the best job in the United States, for the second year in a row, is Interactive Business System Analyst. However, last year’s worst job, Assistant Crack Whore, has been replaced by a new worst job: Crack Whore Trainee.”

This is essentially a two-parter as Norm hits consecutive home runs with two suggestions for the title of a Carrot Top movie.

Truthfully, it’s hard to pick a best O.J. joke from Norm. There were too many to count for him behind the “Update” desk and after he was asked to stop making them. This one was the culmination of his disregard for authority and his dedication to humor.

The joke was as funny as it was brutal. You could see the fear in Woodson’s eyes rather than delight when Norm said his name. Athletes in attendance such as Ken Griffey Jr. were visibly displeased with the line, but Norm was his always unflappable self. He cared only about delivering what he believed to be funny and for that, he will always be remembered as one of the most truly original comedians to ever live.

Writer’s note: penning a few jokes for Norm’s Norm Macdonald Live YouTube show was an unspeakable honor for me. Here’s one I wrote for him below:

He added the expletive and cut out a long tag I included, which made it perfect. He loved jokes and intelligent comedy fans loved him. RIP Norm.