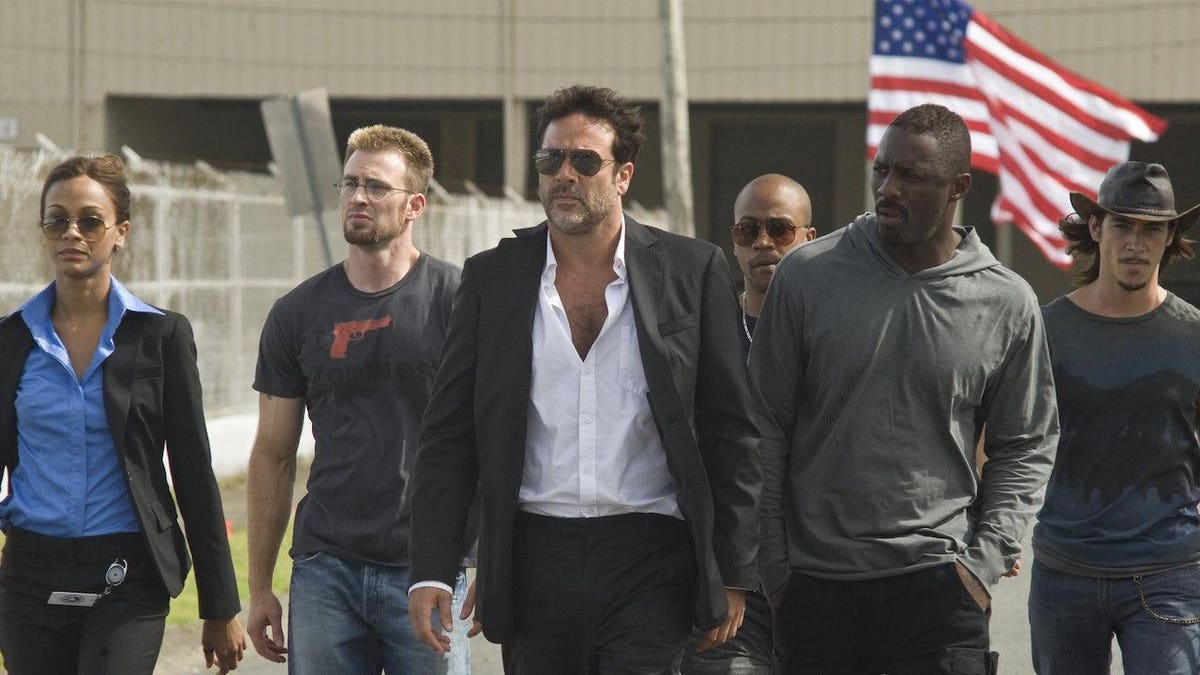 In SVOD news courtesy of Nielsen for the week of August 2 to August 9, Sony Animation’s Vivo, another pretty great original animated feature that was supposed to be in theaters but ended up sold to Netflix during the pandemic, debuted at the top of Nielsen’s film-specific streaming charts. Vivo (co-written by In the Heights co-writer Quiara Alegría Hudes) nabbed 493 million minutes in its first frame, which comes out to around 5.7 million viewings presuming most folks turned off the 99-minute feature when the credits began at 86 minutes. Considering it’s still in the top ten at the moment I expect to see some real legs for the first few weeks of its release.

Helmed by Space Chimps/The Croods director Kirk DeMicco, this long-in-development project (from back in 2010, after DeMicco saw In the Heights on Broadway) stars Lin-Manuel Miranda as a singer-musician kinkajou who partakes in a journey to deliver a love song after his human companion dies before professing his affections to a long-ago flame. The songs are fun, and the film toes the line between kid-friendly hijinks and a genuine sense of melancholy over lives not lived and chances not taken. Like The Mitchells Vs. the Machines, Vivo might have been a halfway decent theatrical hit in a non-Covid world, although original animated films were struggling post-Coco well before the pandemic.

Nonetheless, Sony Animation has been on a real roll in terms of high-quality animated features that don’t rely on IP or brands to make the case. At the very least, I worry (especially with Sony selling Hotel Transylvania: Transformania to Amazon for $100 million) that Sony has let its entire animation legacy become just another feature in a streamer’s victory cap. For a studio that championed theatrical exclusivity and seems trying to be the last conventional major movie studio in town, they’ve sold quite a few movies to the likes of Amazon, HBO Max, Apple, Netflix and Hulu.  That’s not a moral judgment, but I don’t have to like it.

Disney’s Jungle Cruise showed staying power, logging 407 million minutes viewed. That’s a 16% jump from its first frame of “on Disney+ for $30” availability, implying that folks decided to take the plunge after opening weekend. That’s not a surprise, as A) it’s less “the fans got to see it right now” than Black Widow and B) Dwayne Johnson’s family-friendly jungle adventures (Jumanji: Welcome to the Jungle, Jumanji: The Next Level, Rampage, Journey 2, etc.) tend to stick around as consensus pick family movie night offerings and relative comfort watches.  That’s around three million complete viewings of the 135-minute Dwayne Johnson/Emily Blunt flick, which just nabbed a sequel after topping $100 million domestic.

Pixar’s Luca continues to be unstoppable, logging another 336 million minutes around six weeks after its debut as a “free” offering on Disney+. Equally leggy are Raya and the Last Dragon (160 million minutes) and, yes, Moana (142 million minutes) which has been one of the “top-trending” movies since the launch of Disney+ in November 2019. The other amusing entry in the movie list is The Losers. Stop me if you’ve heard this one: A DC Comics adaptation starring Idris Elba about a group of rogue mercenaries who go on a suicide mission overseas in order to clear their names and/or save the day. It’s placement on Netflix (328 million minutes for around 3.4 million viewings) in early August is a cosmic coincidence.

If HBO Max participated in these Nielsen lists, we’d have more info as to how many folks watched the well-reviewed but comparatively ignored ($155 million worldwide in theaters on a $185 million budget) The Suicide Squad on the streaming platform over opening weekend. The latest update is around 4.7 million households (at least accounting for 28 million American smart TVs monitored by Samba) in the first 17 days. The “opening weekend” was 2.8 million households, which translates into roughly 369 million minutes viewed for the 132-minute movie. That’s obviously a spitball guestimate. Much of what we get is either third-party or existing entirely within a vacuum to justify any narrative about success or failure.

The Losers (also starring Jeffrey Dean Morgan, Chris Evans, Zoe Saldana) still holds up as a successful variation of the kind of unapologetic B movie which Netflix now tries desperately to approximate. It was a flop theatrically ($30 million on a $25 million budget), which was evidence even then that Idris Elba was generally not a butts-in-seats draw, alas. The film is refreshingly horny by today’s standards, and it’s no less cynical about overseas imperialism and profit-driven politics as The Suicide Squad or The Falcon and the Winter Soldier. Such a viewpoint was considered “just a movie” even a year after James Cameron’s Avatar was held up as exceptional left-wing propaganda for having the exact same politics as Aliens 23 years earlier.

Evans is playing his standard pre-Captain America smart-ass, and it’s a damn good thing he got the Steve Rogers gig when he did. Ryan Reynolds was about to steal his shtick, leaving him in a similar pickle as Jason Lee back in the day. Beyond that, the movie is yet another late-2000s/early-2010s Hollywood bomb that briefly became a big deal on Netflix, either because folks were catching up after having missed it in theaters or because it got tossed into the recommendation algorithm after they watched Gunpowder Milkshake. Streamers are as dependent, if not more so, on third-party studio programmers as online-friendly, media-friendly originals. Netflix gets this (hence the first pay-tv window deal with Sony), but we’ll see if anyone else does.