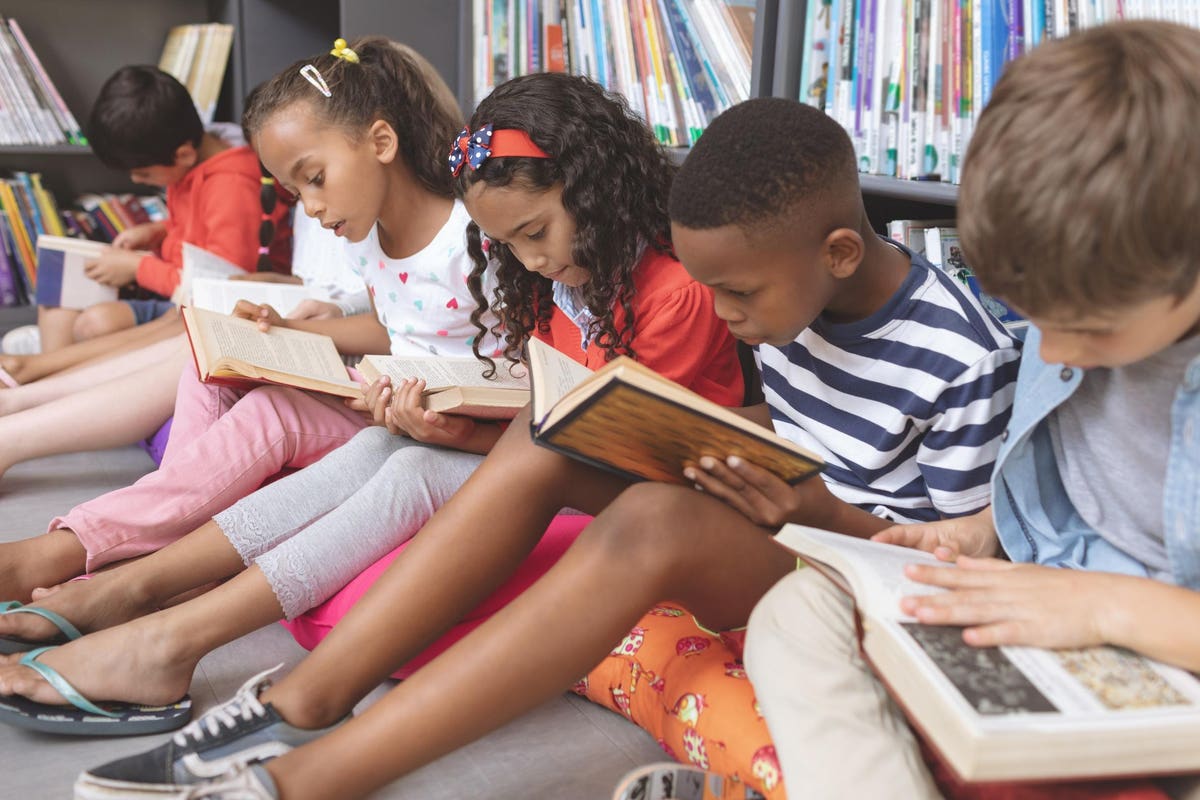 If you’re not a reading teacher, you may not know who Lucy Calkins is, and the controversy over her curriculum may seem like inside baseball. But understanding it is crucial to improving reading outcomes and general academic achievement, especially for children from less educated families.

Calkins is far from alone in adopting an approach to both aspects of reading—word recognition and comprehension—that conflicts with cognitive science. As she herself has said, the questions raised about her curriculum, called the Units of Study, could also apply to many others that adopt the standard approach, known as “balanced literacy.”

In fact, Calkins’ close pedagogical cousins, Irene Fountas and Gay Su Pinnell, have recently come in for similar criticism for their literacy curriculum. Together, it’s been estimated that the two curricula are used by 60% of reading teachers, with Fountas and Pinnell at 44% and Calkins trailing at 16%.  But Calkins occupies a special position because many educators find her charismatic, giving her an influence that stretches beyond the reach of her curriculum.

For over 30 years, she’s led the Teachers College Reading and Writing Project, based at Columbia University’s school of education. Her approach is often referred to as readers or writers “workshop.”

Problems with the methods used by Calkins and others for teaching phonics and other foundational reading skills have been well analyzed by others (for example, here and here). Recently, an organization called EdReports, which rates curricula for their alignment to Common Core or similar standards, gave both the Units of Study and Fountas and Pinnell’s curriculum its lowest ratings. And in January 2020, an organization called Student Achievement Partners (SAP) issued a report finding that Calkins’ approach to phonics was “in direct opposition to an enormous body of settled research.”

But these reports focus only in part on phonics. The SAP report also gave the Units of Study low marks for complexity of the texts used and for how well the curriculum builds students’ knowledge. Similarly, EdReports found that both curricula failed to meet its standards for “text quality.” Because of the structure of its evaluation system, its reviewers therefore didn’t go on to consider whether either curriculum adequately built knowledge.

In response, Fountas and Pinnell have dug in their heels, but Calkins has announced she’ll make changes to her approach to phonics. That’s encouraging, but unless Calkins and others also change their approaches to reading comprehension and writing—the latter a factor that wasn’t explicitly addressed by either SAP or EdReports—many students exposed to the Units of Study still won’t become fully literate.

I don’t have space here to analyze the flaws in Calkins’ approach to writing. As for reading comprehension, her approach, like that of most American literacy curricula, centers on “skills and strategies.” Her framing is more sophisticated than that of textbooks that focus on “finding the main idea” or “making inferences”—her strategies are more likely to be phrased as “Readers Think, ‘What Does the Author Want to Teach Me?’” But the basic idea is the same: What’s put in the foreground is a series of strategies rather than any particular content. The topic may be clouds one day and zebras the next.

Students then practice the strategies on texts that may have nothing to do with the topic used to demonstrate it. And they’re limited to books at their “individual reading level”—meaning easy enough to read on their own—which may be years below their “grade level.” The objective isn’t for students to learn anything about topics in, say, history or science. The theory is that eventually they’ll be able to use the strategies they’ve learned to acquire knowledge through their own reading.

The problem, as cognitive scientists have long understood, is that you need to first have some knowledge—either of the topic or of general academic vocabulary—in order to gain knowledge from written text, especially as it gets more complex. To acquire academic vocabulary, many students need coherent, systematic instruction in a series of topics that give them repeated exposure to the same concepts and words in varied contexts over a period of weeks. That’s especially true for children from less educated families who are less likely to acquire academic vocabulary outside school. A half-dozen or so recently developed literacy curricula do a good job of building kids’ knowledge, but most of those in use—including Calkins’ and Fountas and Pinnell’s curricula—don’t.

In a blog post, Calkins’ organization has said the criteria used by SAP and EdReports are mechanical and inadequate. At schools using its curriculum, the post says, “choice” and “agency” matter, and students “read and write with knowledge, skill, grace and power.” The post invites readers to “come visit our schools” and “observe our classrooms.”

A few years ago, while researching a book, I did just that. Calkins graciously arranged for me to visit a couple of schools that her organization had worked with directly and that served low-income populations. Administrators and faculty were enthusiastic about the curriculum and said it had increased test scores. But I was troubled by what I observed.

In a second-grade classroom, for example, a teacher was working with a group of students on the strategy of “figuring out topic.” Using a book called Ponies, she told the children that to determine the topic of a chapter, readers look at the title and the words that appear repeatedly in the text. She turned to a chapter called “Wild Ponies” and read aloud the title and then raced through the text, emphasizing the words “wild ponies” while mumbling other words the kids were unlikely to be familiar with, like Chincoteague. She did that again before asking the children what they thought the topic was. “Wild ponies,” they chorused.

These lessons would have been far more engaging if they had focused on, say, the story of the wild ponies of Chincoteague, or the behavior of the mantis shrimp. And they would have helped build the academic vocabulary kids need to understand complex text.

A fundamental reason for the problems with Calkins’ curriculum and many others is the way reading has been conceptualized—even by SAP and EdReports. Both organizations treat “text complexity” as a separate criterion from “building knowledge,” when in fact the two go hand-in-hand. The only way to equip students to read complex text is to build their academic knowledge. One reason teachers using these curricula have to limit students to reading simple texts is that no one is building the knowledge they need to understand those that are more complex.

Critics of the curricula have also failed to emphasize that generally, the most effective way for kids to acquire knowledge is not by reading complex texts on their own—at least when the topic is unfamiliar. Teachers need to read those texts aloud to the whole class and lead discussions focused on the content. It’s been found that children can take in more complex concepts and vocabulary through listening than through their own reading until about age 13, on average. Once they’ve acquired knowledge about a topic through listening and discussion, it can fuel their ability to read and write about that topic. And eventually, through learning about a series of specific topics, they’ll acquire the critical mass of academic vocabulary that will boost their general reading comprehension.

I’m not holding my breath for Calkins or Fountas and Pinnell to change their approach to comprehension. I suspect they have far too much invested in it, both emotionally and financially, for that to happen. But it’s possible that other influential balanced literacy advocates will come to see that the processes of teaching the skills needed to decipher words and of building academic vocabulary need to start out on two separate tracks. They’ll eventually converge when kids become more fluent readers, at which point the knowledge they’ve been acquiring through listening and speaking will kick in to enable comprehension. (Two such advocates, Jan Burkins and Kari Yates, already seem to be moving in that direction.)

Spreading that message could help defuse one of the key arguments made against phonics by Fountas and Pinnell and others: that too much focus on “accuracy and decoding” will prevent children from understanding that reading is about “making meaning” and deprive them of experiencing its pleasures.

Let’s not underestimate kids. If they see and hear an adult reading a book to them, and are then guided to discuss and think about its content, they should get the idea that reading is about more than decoding. And if they learn to decode fluently through systematic instruction in phonics and get enough practice with the phonics patterns they’ve been taught, they’ll have a much better chance—later on—of not only understanding what they’re expected to read but also enjoying the experience.