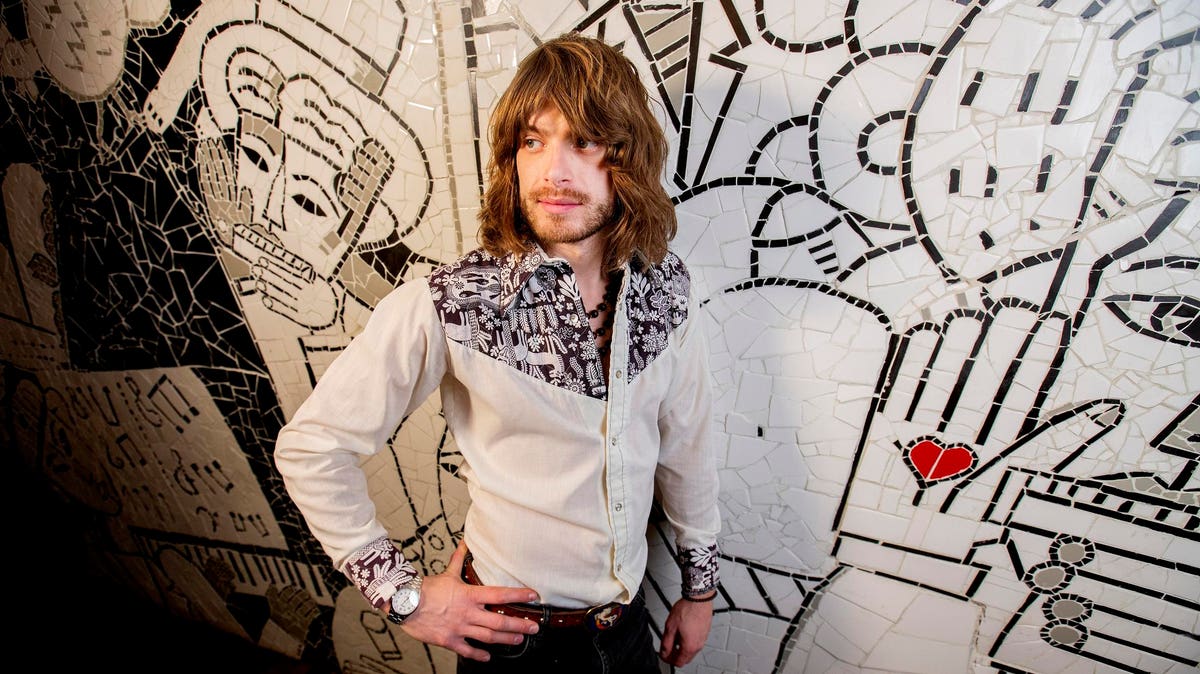 The quarantine of shelter-in-place during the early days of pandemic was a challenging time for countless Americans.

It was a particularly rough stretch for musicians forced off the road as venues, bars and clubs across the country closed with little notice, forcing them to confront a suddenly uncertain future which would remove touring as primary income stream for about a year and a half.

Chicago musician Neal Francis had just wrapped a tour in support of his debut album Changes when his return to the road was put on hold.

The album was released in May of 2019. Five months later, Francis began living in a church, St. Peter’s, where he served as minister of music on the city of Chicago’s near northwest side. By March of 2020, quarantine was underway.

The isolation that defined the early part of that stretch, particularly the introspection it soon demanded, informs Francis’ latest album In Plain Sight, now available via ATO Records.

“It was just a lot of despair and sort of just being alone with myself and my challenges with my own disposition. I was confronted by a lot of bad habits and defects of character basically when I didn’t have anything structured,” explained Francis of coming off the road and being quickly thrown into quarantine, dealing with things like a breakup and sobriety. “Really, because it was a necessity to stave off insanity and just complete self-loathing, finding a discipline helped. And eventually I found a set of habits that made my life much better than it’s ever been.”

Francis soon came to discover that the church he called home, one closed during the pandemic and also potentially haunted, provided room to work and the perfect backdrop for new music.

“When I started living there in October of 2019, I was immediately struck by the idea that I needed to do something creative with the space. But I didn’t think I’d have time to execute it because of all of the touring that we were supposed to do. And then of course the pandemic happened,” said the pianist and singer. “I had the sanctuary space at my disposal. I had all of the rehearsal rooms for the choir at my disposal. There were pianos everywhere. There was like a fellowship hall with a stage – the band and I conducted a livestream concert recording from there – and of course the living space was a three bedroom house. So that’s where we ended up building the studio for the record,” said Francis looking back. “It was just a huge gift to inhabit that space, especially because I wasn’t touring. So having that at our disposal was also just a roof over my head. It provided a place to stay in exchange for my duties playing music for the church – which was a pretty minimal commitment, especially after the pandemic started rolling and we were just doing services on Zoom.”

In Plain Sight is a collection of nine catchy tracks based heavily upon New Orleans-influenced piano playing not unlike that of Professor Longhair, to whom Francis has been frequently compared.

But a deeper dive reveals more. His upbringing outside Chicago in the western suburb of Oak Park, the birthplace of writer Ernest Hemingway and once home to architect Frank Lloyd Wright, celebrates the arts, and Francis was exposed to music early on, playing in a high school jazz ensemble.

But the tradition of Chicago record labels like Chess Records and Cadet, Chess’ jazz arm, loomed even larger, as did the city’s rich musical tradition, on display nightly in clubs across the city.

In November, Francis held the release party for In Plain Sight at Rosa’s Lounge, a small Chicago room that’s hosted blues and more for nearly 40 years. Performing weekly on Tuesday nights at the club was an early part of his musical education. But the variety of sounds Rosa’s offers can be found much deeper in his musical DNA.

“I guess my dad first took me there when I was 12 to see Pinetop Perkins. That’s a guy I was sort of obsessed with from an early age. Because I had one of his tracks on a compilation and was like, ‘I need to hear more of this…’ He took me there and I remember that night deeply,” Francis explained, noting the legendary blues pianist, one who performed alongside iconic, genre defining artists like Muddy Waters.

“It’s a very special place. [Blues harmonica player] Willie Smith had me playing with him and [blues bassist] Bob Stroger. Those are both guys that played with Muddy Waters back in the day. I learned about [blues/soul singer] Syl Johnson and Johnny ‘Guitar’ Watson there too – so much more than just your standard blues stuff. There was a lot of funk and soul music being played there too. Some of the best sets I’ve ever played came out of that room. It’s just fun.”

The 1973 Paul Newman/Robert Redford film The Sting put the early 1900s ragtime piano playing of Scott Joplin on his radar at a young age. Francis eventually discovered more sounds in his father’s record collection, an eclectic one consisting of about 800 LPs ranging anywhere from pianists like Bach to Dr. John. Once he stumbled onto New Orleans, it took a bit longer to make a deeper connection.

“I took a master class at Northwestern [University] when I was like 8 years old. My mom, at the recommendation of my teacher at the time, took me to see this guy and he heard me messing around with some blues stuff. And he was like, ‘Oh, you should listen to [Chicago pianist] Otis Spann and you should listen to Dr. John.’ My mom went out and bought some CDs. And my dad dug out some LPs,” said Francis. “Eventually, when I started taking lessons with a guy in Chicago, he turned me onto [R&B/jazz pianist] James Booker and Professor Longhair and Huey ‘Piano’ Smith. But then I didn’t connect the dots – The Meters and Allen Toussaint and all of that [other New Orleans stuff] came later. And that’s really what I’m in love with is Allen and The Meters.”

While In Plain Sight is a record born out of isolation, largely written and recorded in Chicago as summer demonstrations took place across the city following the killing of Geroge Floyd in May of 2020, it’s not without hope.

Co-written with David Shaw of soulful New Orleans alt rockers The Revivalists, “Can’t Stop the Rain” is the album’s standout track, one which features the resplendently uplifting slide guitar playing of Derek Trucks.

“That one was actually written prior to the pandemic. But it took on a new meaning, you know? David tends to want a very uplifting message. So there was no sort of concerted plan to create a narrative. But it became apparent as things unfolded. So I appreciate that [positivity] coming through,” said Francis of “Can’t Stop the Rain.” “It was humbling when Derek agreed to do that. He’s such a nice guy and a gracious person to talk to. And he just wanted to serve the song. It wasn’t about showing what he could do,” said Francis of the guitarist, who’s performed alongside artists like Eric Clapton and The Allman Brothers Band. “He was like, ‘What are you going for?’ And I was like, ‘1973, 1972, whatever. Just do your thing…’ And he did. And he nailed it. He sent us four takes and we used the first one. It was amazing.”

The new record lays out an honest, personal narrative quite literally in plain sight for all to see, at times a cathartic process.

“When the pandemic hit, it was just me left to my own devices 24/7 so it was really hard for a while,” said Francis. “I think it’s about honesty for me and just being honest with myself. And just feeling comfortable talking about that stuff is a route to me not suffering from those things as much.”

As live music began to return this summer, Francis hit the road, supporting alt soul outfit Black Pumas while making the jump to bigger stages at festivals like Lollapalooza. With tour dates set to resume on December 30th at Globe Hall in Denver, Colorado, an outing scheduled to run into May 2022, Francis is clear on the importance of touring as he looks ahead.

“I mean, it’s everything. It’s how we get the word out. It’s the lion’s share of our profits. But it’s also essential to diversify. And I think that’s always been the case for the majority of artists, even back in the heyday of the record business. Unless you were one of the top earners, you were always relying on a diversified structure of income. But obviously, touring is where I’m going to make most of my money – and merchandise, etc. So I’m glad that I’m out here. And I want that to continue to be the case,” he said. “And I’m actually encouraged by what I’ve seen on the ground at shows. So I can only hope that trend continues. I know that the news can get scary so I’ve sort of made a decision to just focus on what I’m doing, keeping myself as healthy as possible, and focusing on what I have in front of me – which is how I do the best usually.”