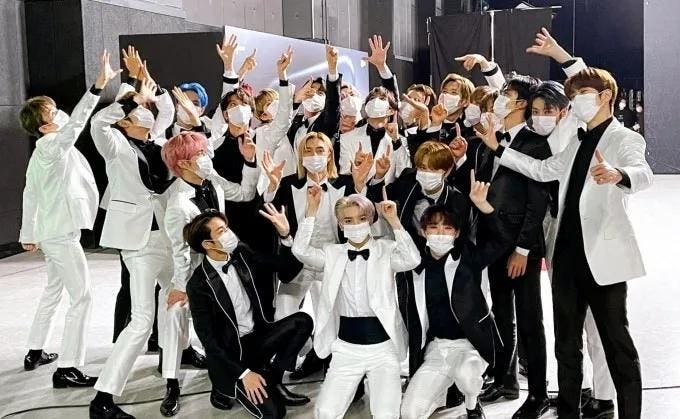 South Korean boy band NCT is back with their last release of 2021, and the set becomes a quick win on Billboard’s Top Album Sales chart, which ranks the full-lengths and EPs that actually sold the most copies in the U.S. in the prior tracking period. The K-pop outfit’s Universe: The 3rd Album, Neo Culture Technology opens at No. 5 on the purchase-only list with just under 36,900 copies sold (according to MRC Data), an impressive sum for the vocal troupe.

By landing behind only Adele, Taylor Swift, Bo Burnam and Kid Cudi, the collective earns another placement close to the top of the tally, and the win helps them match a feat managed by a relatively small number of names from their home country.

NCT is now just the tenth musical act from South Korea to reach the top 10 on the Top Album Sales chart more than once. The band first broke into the tier in late 2020 with NCT 2020 Resonance Pt. 1. That project worked its way to the runner-up rung on the tally, and it managed to hold on for dozens of frames, proving itself to be the kind of title that can manage an impressive start and then continue to sell for months after it debuts.

MORE FROM FORBESBTS Members Suga, Jin, Jung Kook And V Are Making The Most Of Their Band’s Break By Dropping Solo MusicBy Hugh McIntyre

With just their second top 10 bestselling title in America, NCT ties with half a dozen other South Korean acts for the fourth-most appearances between Nos. 1 and 10 on the Top Album Sales chart. The band is now on the same level as Twice, Seventeen, SuperM, Blackpink, Monsta X and Enhypen.

Among all South Korean musical acts, BTS easily leads the way when looking at those names that have collected the most appearances inside the uppermost region. The beloved septet has now sent 10 titles into the tier, and they won’t be caught up with for quite some time.

Two other musical groups from South Korea are tied with one another for the honor of having the second-most top 10 hit sellers on the Top Album Sales chart, and one is very closely related to NCT. Both Tomorrow X Together and NCT 127 have placed a trio of titles inside the top 10.