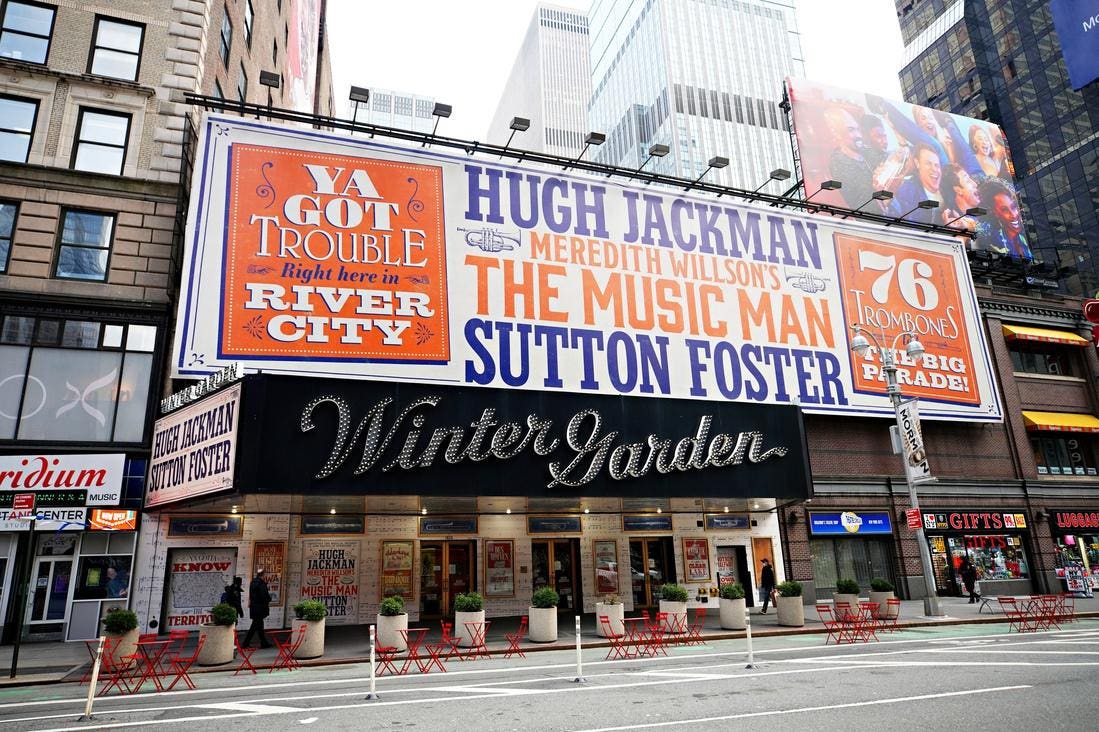 There is trouble in River City.

While preparing to open the new production of The Music Man on Broadway, the producers were sued in New York state court over recasting four singers in the show. The plaintiffs, who are members of an award-winning barbershop quartet named “Category Four,” are claiming that the producers broke their employment agreements, and are seeking over half a million dollars in damages.

“It’s the music men vs. The Music Man,” commented their lawyer.

According to the lawsuit, the producers and the creative team went scouting for Clay Hine, David Calland, Kirk Young, and Tim Reynolds, “because they were seeking an authentic barbershop quartet, not four singers who would simply be cast as a quartet.” They invited the group to audition after watching their online videos, and then had each performer sign a short deal memorandum summarizing the key points of their employment agreement.

In addition, the fine print of the forms stated that “the parties agree that they intend to enter into a longer form production contract in connection with the Broadway production … , which shall be negotiated in good faith and shall incorporate all of the provisions of this [form], without any change except for grammatical purposes.” Until then, each deal memorandum would be “valid and binding between the parties.”

Looking forward to taking their Broadway bows, the four singers “(i) either quit, modified, or took leave from their jobs; (ii) either sold their homes or did not renew their leases (with one exception); and (iii) with the assistance/encouragement of [the producers] …, looked for housing in New York for the 14 months they would be rehearsing and performing The Music Man on Broadway,” claimed their attorney in the complaint.

But, on June 17, 2021, the general manager for the $17 million musical informed them that “the artistic changes in the show are moving forward in a different direction, and we will not be needing your services.”

“When the production reset and reconfirmed, post-COVID shutdown, in June 2021, the thinking had changed, and the producers decided it was necessary to cast professional actors,” explained a spokesperson for the musical. “While we understand the disappointment, the decision to recast was consistent with the parties’ contractual terms, and was in the best interests of the show,” continued the spokesperson.

The producers offered each member of the barbershop quartet $10,000 to sign termination agreements and walk away from the show. But, the performers refused the haircut offer.

The general manager then sent over longer Actors’ Equity Association Production Contracts, and asked the actors to sign and return them within 72 hours.

But, the attorney for the performers argued that the new agreements “conspicuously omit and contradict the terms of [the deal memoranda] that must be contractually incorporated by reference therein.” The lawyer prepared a list of all the changes that should be made to the agreements, and forwarded it to the producers.

However, one day later, the producers responded that, since the performers refused to sign the longer agreements, their employment agreements were now terminated.