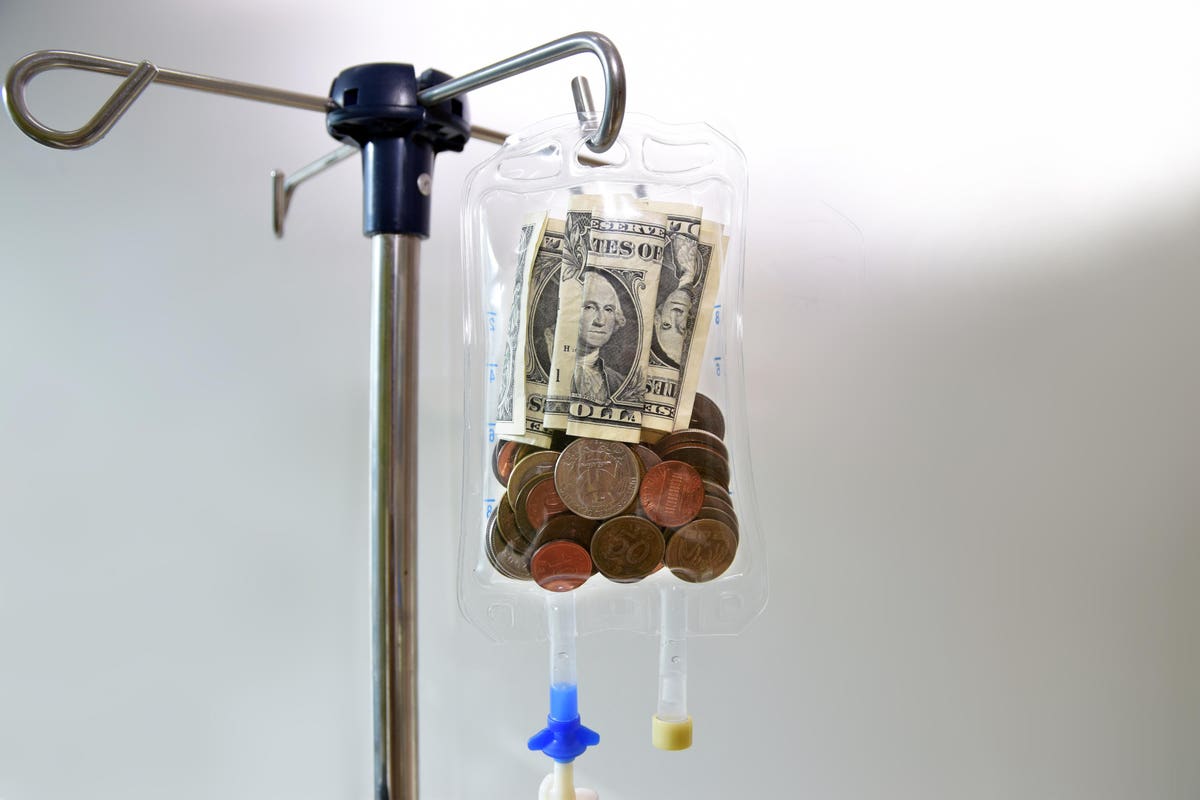 If you are relying on a GoFundMe campaign to cover your medical bills, you may want to have a Plan B. Not Plan B the medication but Plan B as in a different way to pay for your stay at the hospital, your visit to the emergency room, or your treatment at the clinic.

A study just published in the American Journal of Public Health found that from 2016 through 2020 less than 12% of such medical crowdfunding calls actually reached their goals. That clearly was not a good yield. If you ended up being fully clothed less than 12% of the time you went to work, you probably would no loner have a job. In fact, 16% of these fundraising efforts didn’t even receive any donations. As you can imagine, raising zero dollars would not be considered a success.

This is in stark contrast with the feel-good stories that you occasionally hear on the news about people coming together to pay for someone’s medical bills. These numbers came from an analysis of the 437,596 GoFundMe campaigns for medical reasons that were launched in the U.S. during that five-year time period. Two researchers from the University of Washington conducted the analysis: Nora Kenworthy, PhD, an Associate Professor in the School of Nursing and Health Studies, and Mark Igra, MA, a graduate student. They looked at each of the campaign’s original fundraising goal and the amount eventually raised. They also identified the county from where each campaign originated, determined the median household income of the county, and then clustered these counties into quintiles based on the income levels.

Now a quick glance at the overall numbers may make you feel warm all over in a “humanity is good” kind of way. Medically-related GoFoundMe campaigns raised a total of over $2 billion from around 21.7 million donations over the course of five years. But before you say, “humanity alone will overcome everything” and then take a sip of your Venti latte with half coconut milk, half 2%, 2.5 espresso shots, extra foam, and 1.5 raw sugars, take a closer look at the results from the study. Gross total numbers like the total amount raised, the total number of people attending your campaign rally, or the total number of eclairs in your underwear rarely tell the whole story about any situation. You’ve got to look at your original expectations. Two billion dollars raised would be a success if you had originally asked for $2 billion, $100, or payment for an NFT of a taco gif. But this sum may pale in light of the fact that the GoFundMe campaigns had originally asked for over $8.45 billion.

Indeed, the study showed that most campaigns were quite unsuccessful. Sure there was that one outlier campaign that raised $2.4 million from over 70,000 donors. But focusing on the few highly successful campaigns would be a bit like saying, “well, if The Bachelor TV show can do it, why can’t I invite twenty people to my date and expect them to fight each other over me?” Instead, the study revealed that in actuality, many of the campaigns failed to raise anything. In other words, such campaigns raised $0 from an average of zero donors.

Most campaigns had rather modest goals (a median of $8000), had a lot fewer donors (a median of 24), and raised a lot less money (a median of $1970). Less than 12% of all campaigns achieved their fundraising goals. Only about a fifth got to 75% of their original goals and around a third reached the halfway mark.

Increasing competition for the public’s attention and wallets may have helped drive this worsening trend. The study revealed that from 2016 to 2020, the number of medically-related GoFundMe campaigns per year steadily increased each year from 37,824 up to 196,955. This is not surprising since setting up a crowdfunding page is not exactly rocket science. That is unless you’re launching a crowdfunding campaign to put Doctor Who’s Tardis into space or check whether the Earth is flat. (The Earth is not flat, by the way.) All you need is access to the Internet, a laptop or smartphone, and opposable thumbs. So assuming that you are not a gigantic groundhog wearing pants (or perhaps not wearing pants), you could readily set up a GoFundMe to ask for practically anything, such as a fundraising campaign to break up Russell Wilson and Ciara, That low barrier to entry may make such campaigns fairly accessible. But it also does mean that you’ll probably end up in a sea of requests.

And it can be difficult to separate those truly in need from those who really don’t need the money. Rapper B.o.B. probably didn’t need a GoFundMe campaign so that satellites can be sent up to check the curvature of the Earth. He could always, you know, talk to scientists. Similarly, medical-related GoFundMe campaigns could potentially range from those who will die without the money to those who would rather not pay for something themselves to those who are trying to scam others.

In fact, results from the study suggested that “despite its popularity and portrayals as an ad-hoc safety net, medical crowdfunding is misaligned with key indicators of health financing needs in the United States. It is best positioned to help in populations that need it the least,” according to the study authors. They found that counties in the lowest and highest quintiles of median household incomes had the fewest campaigns per population while the middle income levels had the most. Campaigns originating from counties in the low-income quintiles had the lowest number of donations and amounts raised, whereas the campaigns originating from those in the higher-income quintiles had higher success rates, more donations, and more money raised.

This is not to say that GoFundMe campaigns never work. Every now and then they can make a real difference in paying for someone’s medical bills. But such heartwarming stories can distract from what has been a growing problem: out of control medical bills with many people lacking the means to pay for them. A study published in the Journal of General Internal Medicine revealed that approximately 137.1 million adults in the U.S. reported some kind of medical financial hardship in 2015–2017. As I covered for Forbes back in 2019, when Senator Bernie Sanders (D-Vermont) asked on Twitter for people to provide their most absurd medical bill, there were plenty of responses. Something’s really, really wrong with the existing system when you’ve got people reporting bills of $64,525.55 for a two-night hospital stay and tweeting stuff like the following:

In the tweet thread, freelance writer and political strategist Marisa Kabas continued by emphasizing that she was already paying $1,100 per month for insurance yet still got stuck with having to pay $660:

Indeed, the health care system is the U.S. is badly broken, sort of like a car that’s made entirely of sausages. When you need medical care, you shouldn’t have to rely on a GoFundMe page or some other type of crowdfunding, even if you do have opposable thumbs.