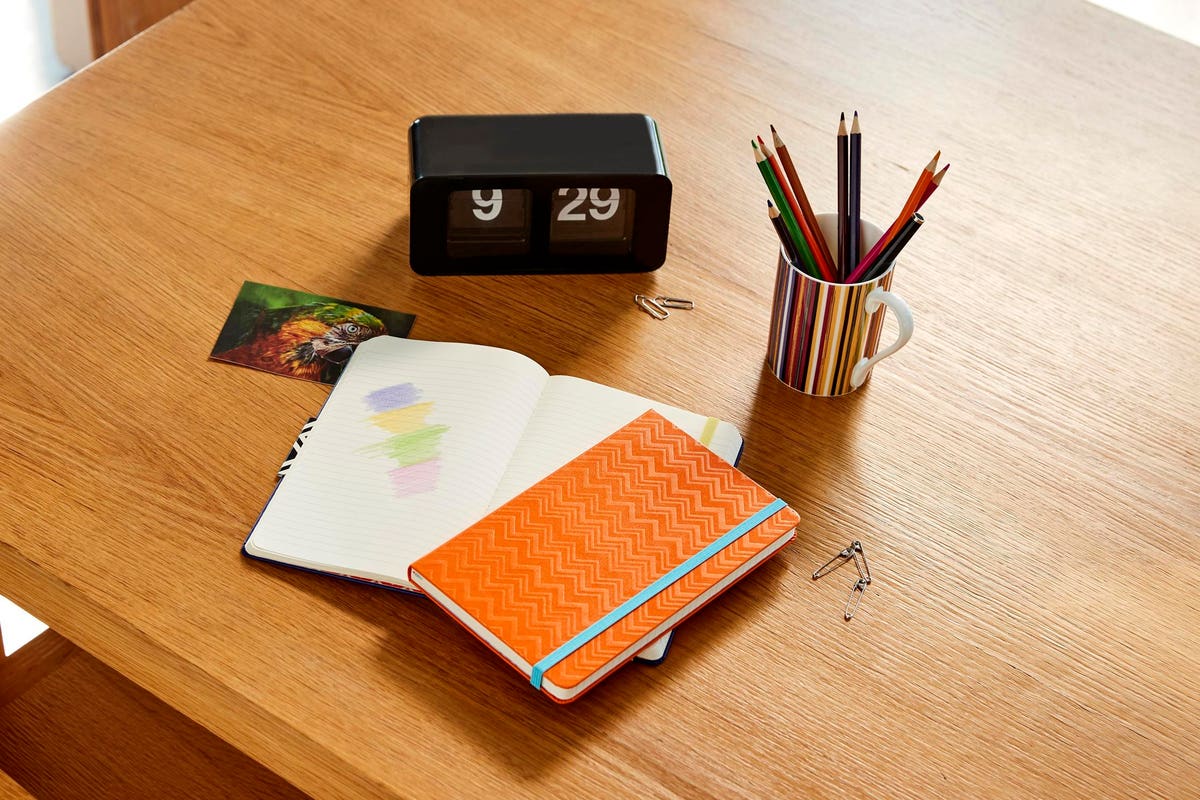 Daniella Ricardi is remaking Moleskine in living color. The CEO, who joined Moleskine in April, has been innovating with key partnerships including a hook-up with Missoni in which the luxury fashion brand lent its signature zig zag pattern in black and white and color to the notebook company.

Moleskine has also launched a notebook collection with Pontoglio, the venerated Italian firm, which supplies its luxurious velvet fabric to fashion brands such as Prada, Burberry and Saint Laurent. Moleskine recently launched its first partnership with a writing instrument brand, Kaweco, which has been called the Mercedes Benz of writing utensils.

The Milanese company, which started out as a small publisher called Modo&Modo, brought its original notebook to life in 1997 and established the Moleskine trademark. Moleskine Srl was listed on the Italian Stock Exchange in 2013. The brand was acquired and delisted by D’Ieteren at the end of 2016.

Ricardi, who joined Moleskine as CEO in April, said the company is focused on three areas, partnerships with artists and museums, limited editions targeted to best customers at Starbucks in Korea, and collaborations with iconic brands such as Lamborghini.

“There’s a lot of work going on,” said Riccardi. “Our main core business is paper. We’re launching in the spring the first Moleskine spiral notebooks. Spiral is very popular in the U.S., but it wasn’t in our DNA. We didn’t want to use plastic or metal. We’re launching a spiral made of bamboo by Favini, a famous Italian company that’s doing it through a recycling process.

Moleskine is vested in gifting, with its velvet collection of notebooks in four holiday colors presented in a reusable velvet box. Prices range from $20 for standard notebooks to $60 and $90 for gift boxes. Moleskine is now offering charms and symbols to add to notebooks. Gifts can be personalized with up to 24 letters.

The company is also delving into digital with Moleskine Smart notebooks with encoded paper. Flow notebooks combine performance technologies with physical tools like the Apple Pencil, and take drawings from the enhanced notebook to the digital app. There’s also Journey, a subscription service that blends productivity tools with wellness tracking features to encourage creativity while finding inner balance.

Riccardi said Moleskine has a legacy of artistic tie-ups. “Years ago, Moleskine did a collaboration with Pucci,” she said. “Our strategic partnerships are an opportunity to associate Moleskine with other iconic brands that have a history of design and creativity.

“We’ve been able to do partnerships that are very true and relevant to Moleskine’s image and DNA,” Riccardi said. “It’s a lot of fun.”