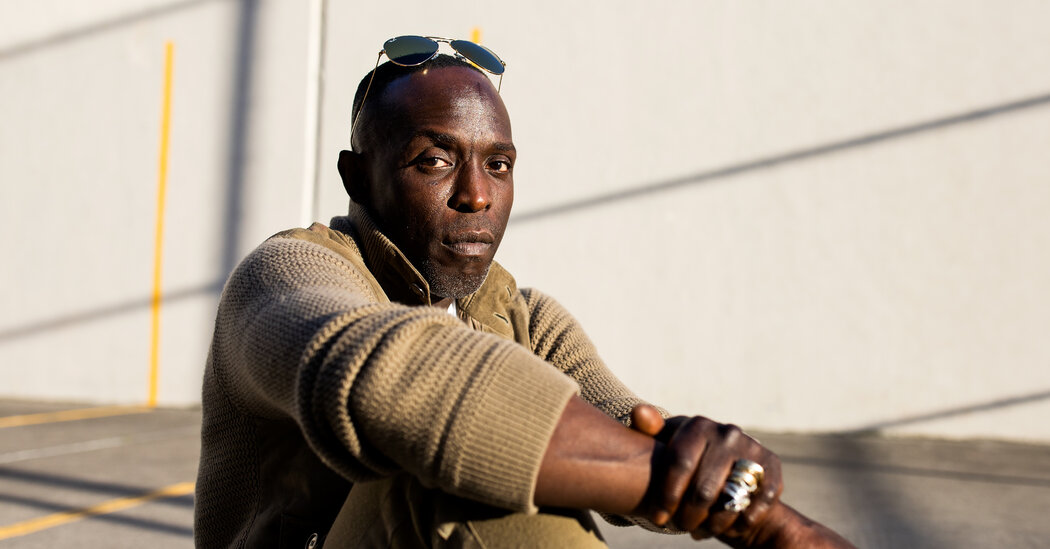 Michael K. Williams, the actor who brought a hard-edge charisma to his portrayal of Omar Little, the sawed-off-shotgun-wielding stickup man on the pioneering HBO series “The Wire,” was found dead on Monday in his home in the Williamsburg neighborhood of Brooklyn. He was 54.

His longtime representative, Marianna Shafran, confirmed the death in a statement and said the family was grappling with “deep sorrow” at “this insurmountable loss.”

Mr. Williams was found about 2 p.m., according to the New York City Police Department. The death is being investigated as a possible drug overdose, the police said, and the city’s medical examiner was to determine the cause.

As Omar Little on “The Wire,” David Simon’s five-season epic on HBO that explored the gritty underworld of corruption, drugs and the police in Baltimore, Williams played perhaps the most memorable character in a series many consider among the best shows in television history.

As a swaggering lone wolf in a story largely defined by continuing battles between the police and various crime bosses and crews, Omar was one of prime-time’s pre-eminent antiheroes in a TV era defined by them. He was also gay and openly so in the homophobic, coldblooded world of murder and drugs, a groundbreaking portrayal of Black masculinity on television.

Mr. Williams grew up in the East Flatbush neighborhood of Brooklyn and, he said had never envisioned a life outside the borough. But before he was 30 he had parlayed his love for dance into dancing roles with the singers George Michael and Madonna, and choreographed and performed in the video for Crystal Waters’s hit single “100% Pure Love.” He landed his first acting opportunity when he caught the eye of the rapper Tupac Shakur.

At 25 years old, Mr. Williams got the scar that became his signature physical feature and that helped define him as an actor. He was spending his birthday at a bar in Queens when a man slashed his face with a razor blade during a fight. After that, directors no longer wanted him as a backup dancer; they wanted him in “thug roles,” he told NPR in 2014.

When Mr. Shakur saw a Polaroid photo of him in a production office, he decided that Mr. Williams was the person to play his character’s brother in the 1996 film “Bullet,” in which Mr. Shakur starred opposite Mickey Rourke.

After playing a drug dealer in Martin Scorsese’s 1999 film “Bringing Out the Dead,” Mr. Williams landed a small role in an episode of “The Sopranos,” playing a loving father living in the projects who agrees to help hide a son of a deceased mafia boss. With that job, he felt as if he had arrived as an actor, he told Vanity Fair in an interview last year. It wasn’t lost on him that he was one of the few people of color on the show, he said, and that typically those characters ended up “floating with the fishes.” But he viewed it as monumental that he had played a Black man on the show who was not a “pawn that got killed off.”

Then came “The Wire.” Just before he got the role, Mr. Williams had been “lost,” as he put it — in debt and borrowing money from his family to live. He was in the living room watching television when his episode of “The Sopranos” came on, he said, and watching himself onscreen, he realized that he was sitting around wasting his talent.

“I went back to my mom, and I said, ‘You know what, I think I need to give show business one more shot,’” he told Vanity Fair.

“The Wire” established him as one of television’s finest actors, and he went on to star in acclaimed series like “Boardwalk Empire,” “The Night Of” and “When We Rise.” He received five Emmy Award nominations, including one this year, for outstanding supporting actor in a drama series, for his portrayal of Montrose Freeman on the HBO show “Lovecraft Country.” The Primetime Emmy Awards will be presented this month.

He also appeared in a number of films, including “12 Years a Slave” and “The Road.” He had recently been cast in a biopic of George Foreman as Doc Broadus, the boxer’s trainer and mentor.

Off camera, however, Mr. Williams struggled at times with drug addiction, which he discussed openly in interviews. He spent much of his earnings from “The Wire” on drugs, a downward spiral that had him living out of a suitcase on the floor of a house in Newark, an experience he described with candor in an article that appeared on nj.com in 2012.

He finished filming the series with support from his church in Newark, but the drug use persisted. In 2008, he had a moment of clarity at a presidential rally for Barack Obama in Pennsylvania. With Mr. Williams in the crowd with his mother, Mr. Obama remarked that “The Wire” was the best show on television and that Omar Little was his favorite character.

They met afterward, but Mr. Williams, who was high at the time, could barely speak. “Hearing my name come out of his mouth woke me up,” Mr. Williams told The Times in 2017. “I realized that my work could actually make a difference.”

Michael Kenneth Williams was born on Nov. 22, 1966. His mother had immigrated from the Bahamas, worked as a seamstress and later operated a day care center out of the Vanderveer Estates, the housing complex now known as Flatbush Gardens, where the family lived. His parents separated when he was young.

When Mr. Williams was cast as Omar in “The Wire,” he returned to Vanderveer Estates to hone his role, drawing on the people and experiences he had grown up with.

“The way a lot of us from the neighborhood see it, Mike is like the prophet of the projects,” Darrel Wilds, 50, who grew up with Mr. Williams in Vanderveer, told The Times. “He’s representing the people of this neighborhood to the world.”

Mr. Williams used his celebrity status to promote several causes, most notably criminal justice reform, both in the United States and in the Bahamas. He was the American Civil Liberties Union’s ambassador for ending mass incarceration, appearing in an ad campaign.

He told The New Yorker in 2014, “Arresting people, or ruining people’s lives for a small, nonviolent charge, like marijuana, drug addiction or mental illness, is not the way to go.” He added: “Those are health issues, not criminal issues.”

On and off screen, Mr. Williams engaged in discussions about systemic racism amid the Black Lives Matter movement. He plied the legacy of America’s history of racism as he studied for his roles, including as the father of Antron McCray, one of the teenagers wrongfully convicted of raping a woman in Central Park, for Ava DuVernay’s mini-series “When They See Us.”

The history was not remote to him: In 1989, when the prosecution of the five men — then teenagers — who became known as the Central Park Five began, Mr. Williams was in his 20s, fearful of what it would mean for him as a Black man living in New York City.

Mr. Simon, who wrote and directed “The Wire,” posted Mr. Williams’s photograph on Twitter on Monday and said he was “too gutted” to say more about “a fine man and a rare talent” who “always deserved the best words.”

Mr. Williams is survived by his mother, Paula Williams; his brother, Paul Carey; and a nephew, Dominic Dupont.

“He didn’t care what anyone thought about him,” Mr. Williams said of Omar, from “The Wire,” in an interview with GQ in 2020. “He had a huge moral compass, and he wasn’t afraid to express it. I was the complete polar opposite. I was frightened a lot of times growing up. I had a very low self esteem and a huge need to be accepted. The only thing I knew that I shared with Omar was his sensitivity and his ability to love, and his ability to love deep. I knew that I had that in me.”