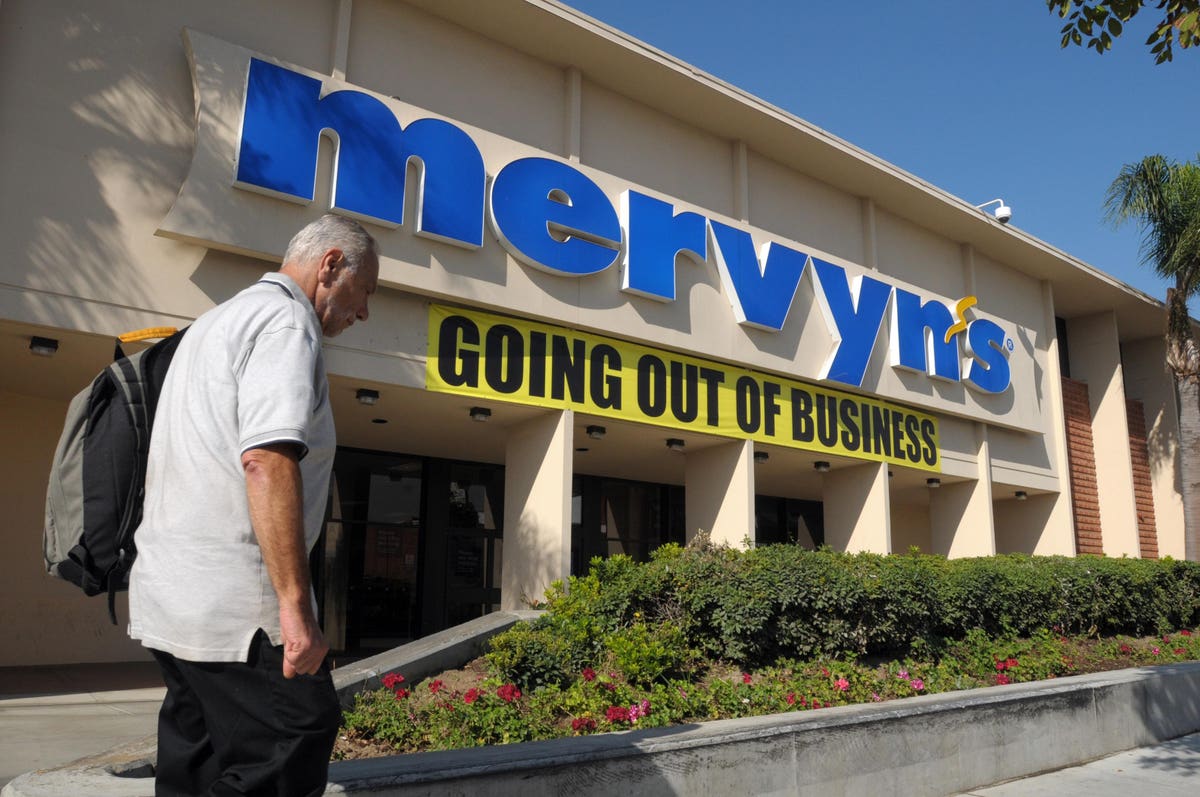 Mervin Morris, who died last week at the age of 101, achieved two remarkable accomplishments – among many others, to be sure – in his lifetime, one historic and one a historic footnote.

He created the legendary retailer Mervyn’s, which took the archaic concept of a “junior department store” to an all-new level of expertise and in doing so built one of the best and most successful retailers in the country. The format – which basically took the soft lines portions of a traditional department store model, deleting hard goods like furniture and most housewares – had been around for decades and even if the typical shopper had no idea what a junior department store actually was it was a fairly common term in mid-20th-century retailing within the trade.

Mervyn’s, which its namesake founded in 1949 in San Lorenzo, CA eventually grew to nearly 300 stores stretching across much of the western and southern portions of the country before it went out of business in 2008, in a classic retail story arc that is both typical and tragic.

Mervin Morris was what we used to call “a merchant” and he perfected the business model with a well merchandised mix of family apparel, footwear, home fashions and beauty largely in free-standing or strip mall locations. While his larger full department store competitors went into larger footprints in the regional mall boom of the 1960s and 1970s, he kept his focus on the family shopper at moderate price points. As such it was a slot in the marketplace that appealed to what was then a sizable middle-class American consumer.

And if the model sounds awfully familiar to Kohl’s , that is no accident. Although created around the same time and originally focused on the upper Midwest, Kohl’s took a similar path and there are many who believe that without Mervyn’s there would be no Kohl’s. You can’t prove it today but clearly Mervin Morris influenced Kohl’s…and many other retailers.

Mervyn’s became so successful it went public in 1971 and seven years later Dayton Hudson – the company that would become today’s Target after shedding its department store brands – bought it. At the time it had 75 stores and Morris was still the CEO but that changed pretty quickly. The next year he left the company and while it was not called so at the time, he was only 59 years old and a case can be made that he was forced out by the new owners.

Target aggressively grew Mervyn’s, expanding its footprint to some 275 stores well beyond its original west coast roots. At the same time, it was also embarking on a major expansion of its Target discount store division and in fact, Target executives were not only running the entire parent company but had also been transferred west to run Mervyn’s.

Again, you can’t prove it and nobody will admit it but clearly the focus was on the Target brand and Mervyn’s began to slip. Kohl’s, with its singular focus, was expanding quickly and, quite frankly, at that point doing a better retailing job.

In 2004 Target sold Mervyn’s to what was called at the time an “investment group,” but which we now know better by their current name: private equity. And in one of the earlier examples of what most private equity owners do to most retailers they buy, they messed up Mervyn’s…big time. They began closing stores, regrouping and by 2008 there were 177 Mervyn’s in seven states and then there were none. The owners filed chapter 7 liquidation and by the end of the year Mervyn’s was gone.

One can only speculate what Mervyn’s would have done had the story gone otherwise. If Mervin Morris continued to run it, would he have evolved his model to reflect changing times? If Target had been more focused on the brand and perhaps not seen it as a threat to its core discount store division would they have brought their merchandising expertise to it and maybe today they would have two very successful retail brands? Would another strategic, instead of a financial, owner have invested in the business and grown rather than retrenched?

We’ll never know…but one can suspect Mervin Morris did know. At about the time of the liquidation this reporter wrote a business obituary about the passing of Mervyn’s, lamenting just these questions and blaming Target management for its demise. A few weeks later a letter – yes, an actual letter, not what was then the relatively new email message – showed up at my office. It was from Mervin Morris and he thanked me for my kind words but also agreed that things might have turned out so much better if the owners really believed in the business.

And now here is an obituary of sorts for the man Mervin Morris. Other than that letter we never met and one only knew him from his store in its glory days. And glorious it was. Today, you can only speculate how the retail landscape – how Kohl’s, JCPenney , Macy’s and Target itself – would be different with Mervyn’s still in operation and going strong. We’ll never know.

But, oh yes, that historical footnote. Mervin Morris did something that was quite common in the retailing business but he was one of the last to do so. Back in the first decades of the 20th century most retailers were named after their founders, from Macy’s to Penney to Sears to Woolworth right up through Walmart and Price Club. Mervyn’s wasn’t the last retailer to be named after its creator (he changed the spelling, replacing the “i” in his name with a “y” for reasons that seem to be lost to history) but in the age we operate in now with Best Buy and Bed Bath & Beyond and Amazon and Overstock there are few if any retailing companies that still use that naming nomenclature. Even when there are names, like Warby Parker or Joss & Main, they are usually from the marketing department, not the family tree.

Mervin Morris was a brilliant merchant and from all we know about him, a good man to know and work for and later a great philanthropist. His store was a great store.

And now they are both gone.