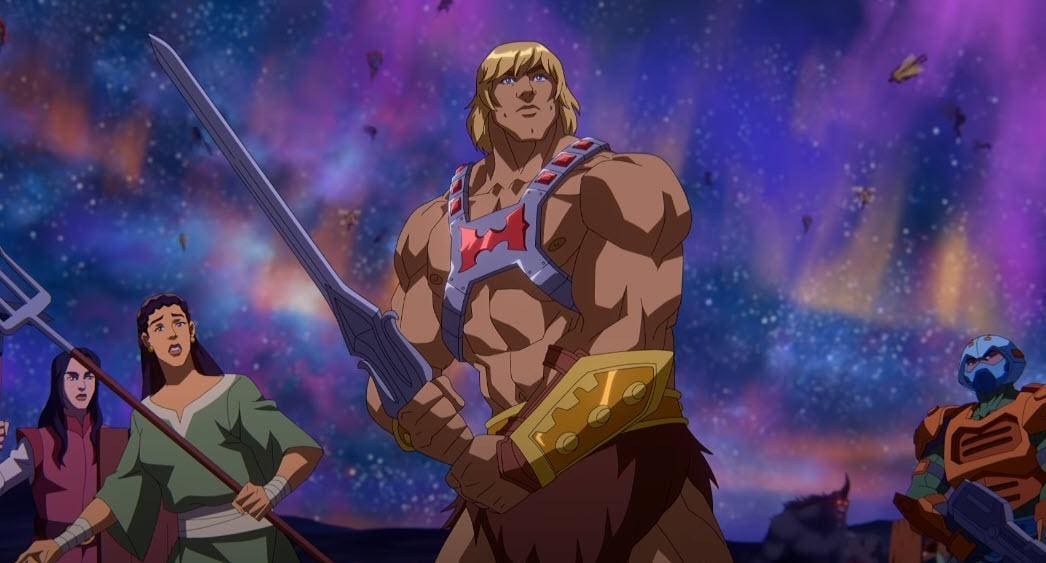 We are headed back into the killing fields of controversy with the second half of the Masters of the Universe: Revelation series, Kevin Smith’s show that was lambasted by some viewers for killing off Adam/He-Man not once, but twice, over the course of the first part, and giving most of the screen time to Teela instead.

This was accused of being some sort of forced instance of progressive politics infecting classic childhood cartoons, but as dumb as that was in the first place, it wasn’t even true. The new trailer for Part 2 of the series shows that surprise, Adam is not only not dead (we see him resurrected with magic), but he also still has the power to become He-Man, even though he’s lost his sword to Skeletor.

This trailer is heavily focused on He-Man. That’s not necessarily a guarantee that he will have a lot more screen time than the first half, but it does seem likely, and this trailer seems to make it clear that yes, he’s very much still in the series, and a major part of it.

Unsurprisingly, the trailer has still attracted a fair amount of dislikes on YouTube, but remains positive with a 14K to 3.7K ratio on 350,000 views. The top comment is accusing Netflix of spoiling its cliffhanger for part 1 (where Adam seemingly died) but very obviously this was done to prevent people accusing them of writing out He-Man entirely. I could have seen a version of this which would have left Adam’s fate a mystery and avoided featuring him or He-Man in the trailer at all, but no doubt that would have created an even worse firestorm, even if that’s what a series would probably normally do in any other circumstance.

This whole controversy remains deeply annoying, but it seems like the second half of the show will be less dramatic than the first and we can just focus on whether it’s…any good or not. All of this aside, I thought the first half was okay, if not a bit unmemorable compared to Netflix’s other animated offerings, or a project like She-Ra which was a lot more unique. But I’ll certainly watch the second half to see how it all ends, and I believe the series isn’t going to continue past this self-contained story, but we’ll have to see. Part 2 launches November 23 on Netflix.