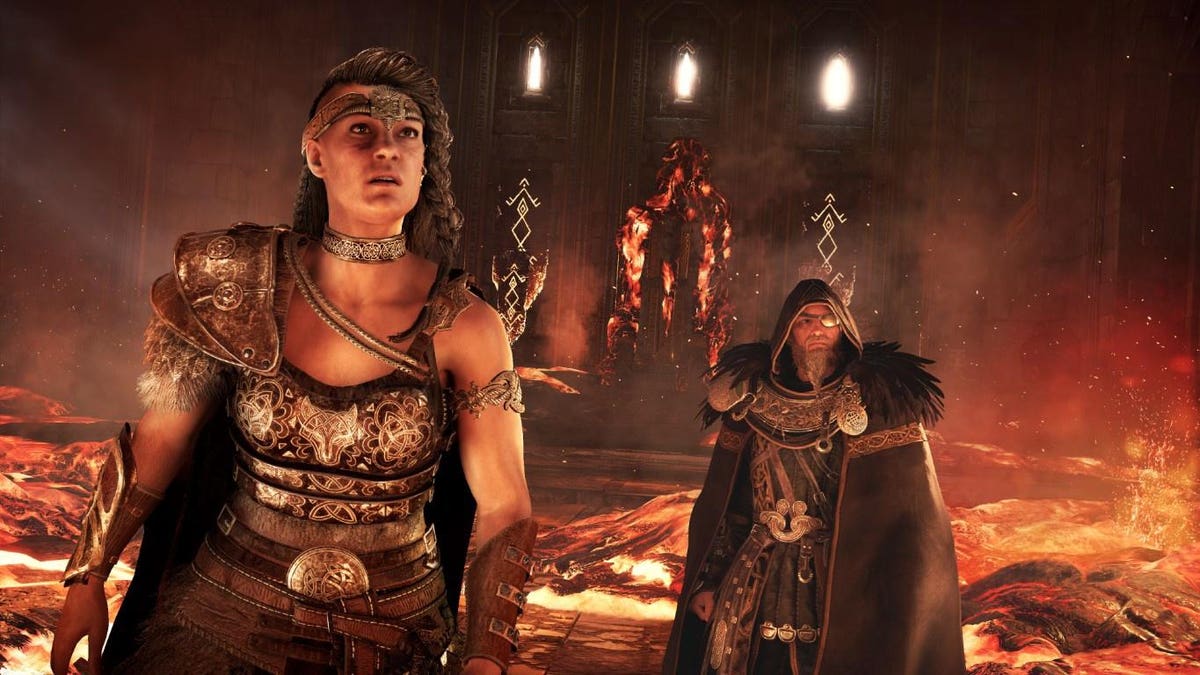 Now that all Vikings-related content must have the word ‘Valhalla’ or the word ‘Ragnarök’ attached to it, it should come as no surprise that Assassin’s Creed Valhalla’s big upcoming expansion is called ‘Dawn of Ragnarök.’

This is in keeping with the upcoming Vikings spinoff, Vikings: Valhalla on Netflix, and the God Of War sequel, God Of War: Ragnarök on PlayStation 5. The list goes on. Clearly Norse mythology has no other cool-sounding words to draw from.

As you can see in the above trailer, the upcoming DLC ditches the historical realism of the main game (or, uh, “realism”) in favor of fantasy and mythology. Ubisoft has begun offering these fantasy-based spinoffs to its Assassin’s Creed games in recent years, which is a fun way to delve deeper into the lore and mythology of the various historical cultures the games are set in.

Developed by Ubisoft Sofia, Dawn of Ragnarök will cost $39.99 for owners of the base game and launches on March 10th, 2022.

“In this expansion, Eivor must embrace their destiny as Odin, the Norse god of Battle and Wisdom. The dwarven kingdom of Svartalfheim is crumbling, and amid the chaos, Odin’s beloved son, Baldr, has been taken prisoner by the unkillable fire giant, Surtr. In Dawn of Ragnarök, players will be able to unleash new divine powers as they continue their legendary Viking saga by embarking on a desperate rescue quest through a mythological world of contrasts.”

Ubisoft also announced Assassin’s Creed Crossover Stories which brings the heroes of the last two games in the franchise together for the first time. Here’s the trailer:

Both these DLCs will be available for owners of the respective games tomorrow, December 14th.