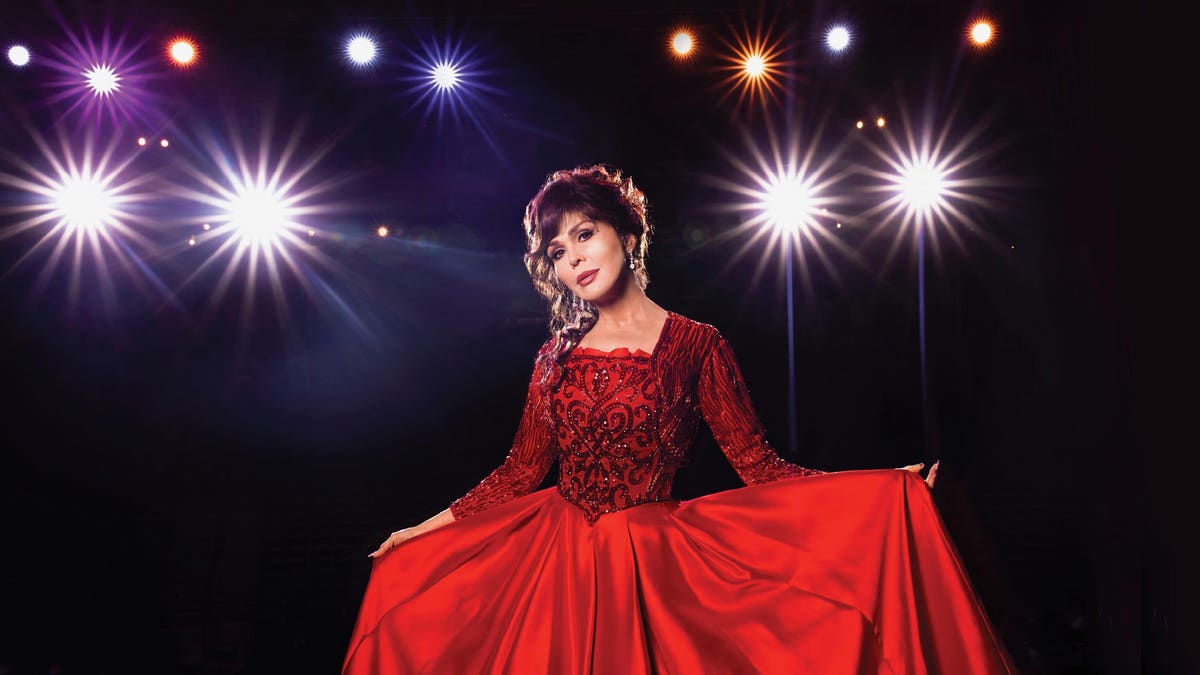 Marie Osmond has been part of the American cultural and musical landscape for so long, you can’t help but feel you know her. Many watched her grow up, performing with her brother, Donny, on the TV show they had decades ago, later throughout her solo career with a number of big hits including her signature song “Paper Roses,” and more recently during an 11-year residency with Donny in Las Vegas.

And while she’s so well- known for her music, she’s also been successful as an actor, an author, and an entrepreneur.

Even so, at the of 62, Osmond finds it hard to believe she’s maintained such an amazing career that has spanned more than five decades.

“I truly thought I would be lucky to have a 10-year career,” she says, “and then I moved into another 20 and a 30 and a 40 and a 50, and now I’m moving into my sixth decade. For a woman, especially, this has been really unexpected.”

There’s a lot of meaning behind her use of the word “unexpected.” It leads into why she chose it as the title of her latest album. It comes from the title song with the same name.

“Unexpected” is a beautiful song by Andrew Lloyd Webber,” she explains. “And the reason I put that as the name of the album is because it’s really a thank you to the incredible fans that have allowed me to have this career.”

Much of her staying power through the years has a lot to do with Osmond’s willingness to challenge and stretch herself. She certainly does that on the new album.

Those more familiar with her country music background will be pleasantly surprised to hear her put her own spin on American classics like Judy Garland’s “Over the Rainbow,” Louie Armstrong’s “What A Wonderful World,” and “Climb Every Mountain” from The Sound of Music. But Osmond also sings opera. She says she’s been studying the musical style for the past 20 years.

“When I did “Sound of Music” and “King and I” for Rogers & Hammerstein, I went in and I had to learn to sing that music without a country accent,” she explains with a laugh. “And the woman who taught me said, ‘You know, you can sing opera if you want.’ And I was like “shut up,’ you know? But it was just one of those really fun challenges that I wanted to do.”

And she discovered she loves it. On Unexpected she’s accompanied by The Prague Symphony Orchestra, and also sings in French, Italian, and Czech.

One of the first opera songs she chose to perform was “Nessun Dorma.”

“Nessun Dorma was one of those life-changing songs for me. I went and saw a Zeffirelli production of it at the Met (Metropolitan Opera) and I said, I’m going to try to sing that. And I tried it out in Vegas, and the fans kind of really enjoyed it and that’s where the spark for this album came.”

Some of the songs are already available, but the full album is set for release December 10th (Friday).

Osmond plans to do a symphony tour to promote the album next year, but this month, she’s doing “A Symphonic Christmas” in a number of cities that will feature songs from Unexpected, as well as holiday classics. She’s joined on tour by David Osmond and Daniel Emmet with performances scheduled in New Jersey this weekend, then later this month in Norfolk, Virginia, Rochester, New York, Greensburg, PA, Prior Lake, MN, and Detroit, MI.

She’s excited to share the stage with a full orchestra.

“We have over-synthesized ourselves to death, and when you see a 60 or a 30-piece symphonic orchestra…the days of Bernadette Peters and Barbra Streisand are so rare. I just wanted to go out there and have that experience for the holidays for people to take their family and to introduce them to this kind of music.”

She also wanted to instill a little Christmas spirit on film, so she co-produced and stars in a new Lifetime movie called A Fiancé for Christmas.

“I’m not the lead, I’m the mother,” she says. “My character is a quirky little mom and I loved playing the part. But I wanted to produce this because every role is interesting.”

Osmond wanted to do both the movie and the Christmas shows to give people a chance to share memorable experiences together.

“I believe people need joy,” she says. “I don’t remember what I got for Christmas five years ago, but I remember the events that I went to with friends and family. So, to go to dinner and talk about it, that’s something they’ll remember for years. That’s why I said let’s do a holiday show, let’s do a holiday movie where you can sit down and have popcorn and relax. It’s something the kids can laugh at, and the adults can enjoy. Let’s do those kinds of things.”

She hopes her new album can do a little bit of that, as well.

“It’s a 17-song album that hopefully can evoke joke in people’s lives. And at this stage in the game, we all need more of that.”

Osmond says we could also use a little more fun and she’s looking to embrace more of that for herself in the future. She wants to do more acting, more traveling, and enjoy spending time with her husband and her grandchildren.

“My No. 1 thing is to spend time with my sweetheart. We were apart for 25 years, I remarried my first husband, and now that our last child is out of the house, we just want to have fun.”

She says it’s all in your attitude and approach to life.

“You know what? Life’s not easy, it’s hard, but if you try to find the joy in all of it, it sure makes it a lot easier.”