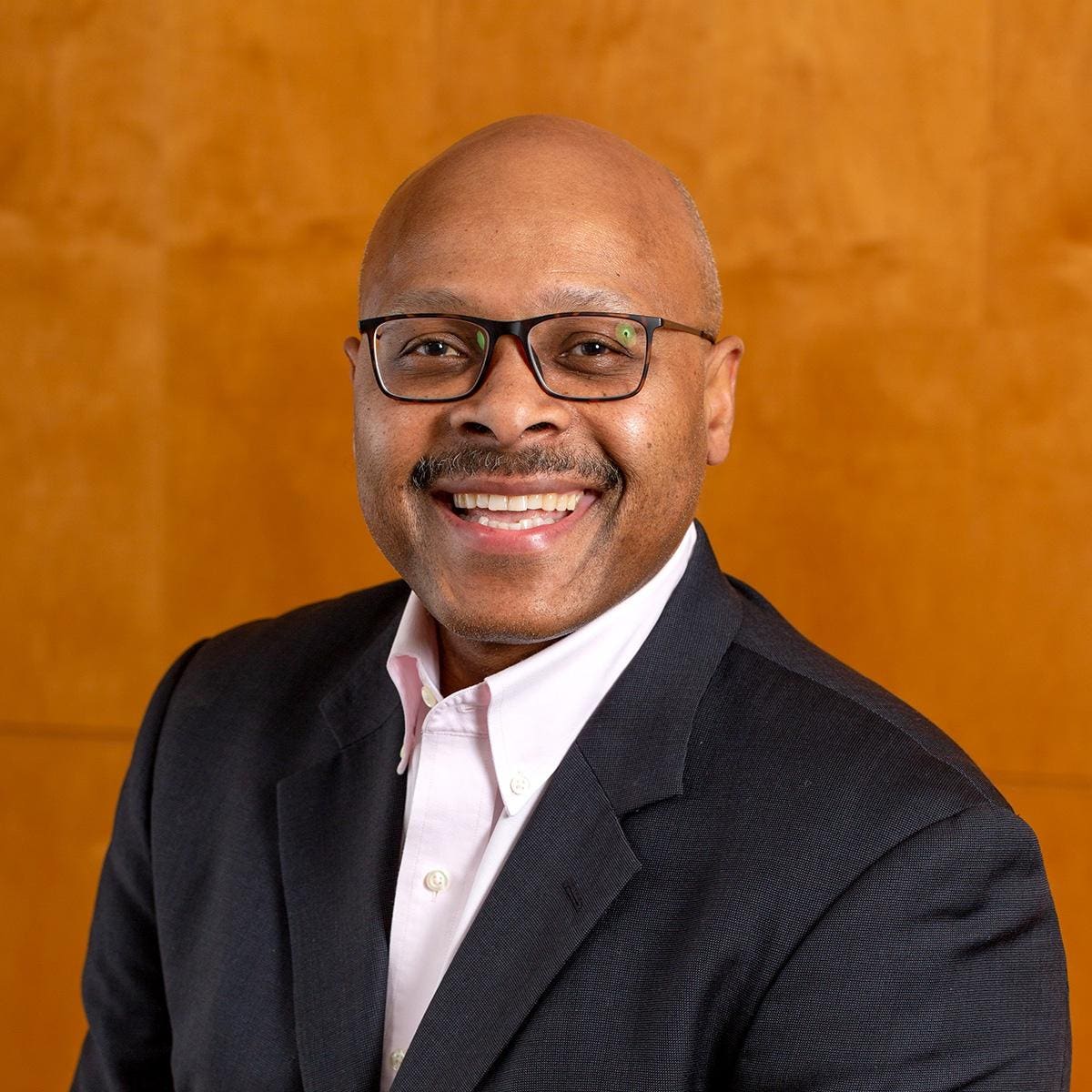 An overwhelming misconception is that financial stability starts and stops with having a job and equates poverty to personal failure vs an inadequate job market to meet people’s needs. In actuality, the majority of poor people in the US and around the globe are actually working—they simply are not paid enough to get by.

This creates a major quandary for the job development field—the goal of most job programs is to get people into jobs, regardless of their education or skill level. But if the average entry-level job in America pays below a living wage, does it matter? Whose responsibility is it to fix this situation—the government through minimum wage legislation, the employer concerned with keeping a healthy, productive workforce that isn’t distracted by the stress of poverty, or the job placement program ultimately advocating for its constituents?

A coalition formed in 2020 is taking this issue on directly, working to connect the ecosystem of employers, talent developers and Black talent to a job marketplace. OneTen is a coalition of CEOs and their companies, like Nike , Target , Merck and IBM , who are committed to training, hiring, and advancing one million Black individuals in America without four-year degrees over the next 10 years. They are uniquely committed to making sure these jobs are “family sustaining”, rather than simply relegating Black Americans to the working poor who may be paid full-time wages but still sit under the poverty line.

Candide Group, my investment firm, has long been an advocate of the quality jobs movement— our work encouraging quality job development among investees is taught annually at Harvard Business School as a case study—so I was intrigued to learn more about how OneTen came to this commitment, particularly given that poverty wages have often been a feature of successful companies in America. Can OneTen change the tune of corporate America?

I sat down with their CEO, Maurice Jones, to find out.

Q: Can you share more about how the OneTen coalition decided to go beyond the idea of simply providing jobs for Black Americans, to ensuring these jobs were family sustaining?

A: Let’s start with the broader context here which is this: today, the net wealth of a typical white family in the U.S. is more than ten times that of a Black family. What OneTen is trying to do is not just use our coalition member companies to identify good jobs and make them available for Black talent by re-credentialing them, we’re taking on the racial wealth gap. From the beginning, our focus has been on aggregating jobs from across these corporate partners to help Black Americans not just get jobs, but build wealth. This isn’t about simply matching people without four-year degrees to jobs they’re skilled for, it’s about focusing on jobs that pay a living wage that can support an entire family. Jobs that enable people to pay not just pay their bills, but also save money, buy a home, invest in their child’s education. This “family-sustaining” wage has to be built into the equation in order to help Black talent achieve financial stability now but also build wealth for future generations, too.

Q: How are you holding employers accountable to this commitment?

A: There are multiple ways we are holding our coalition employers accountable. First, we’ve gotten CEOs to make the commitment—it has to start at the top—and they’re articulating that commitment broadly. They’re announcing their partnership with us publicly, through the press and in front of media, as well as internally throughout their organizations. By the nature of these broad announcements, they’re activating a wide audience of stakeholders who are and will continue to be watching them. At the same time, we work with them to ensure they’re capturing data to measure progress and change.

By design, we’ve built in a system to hold each other accountable in meeting our shared goals through what we call our “Community of Practice.” By definition, our Community of Practice consists of regular working sessions that OneTen has created to support the development of inclusive workplaces and the long-term retention and advancement of Black employees amongst our coalition employers. During these sessions, we literally have CEOs, CHROs, DEI leads and others—many from companies that compete with each other outside our coalition—sharing challenges and solutions and reporting on their progress to date. When you’re actively and regularly doing this in front of your peers, as well as our own leadership, it’s hard not to feel a deep sense of accountability. And last but not least, we ourselves as OneTen are committed to externally reporting on the coalition’s progress on a regular basis.

Q. How many family sustaining jobs have been provided thus far, fulfilling your four criteria, and how are corporations planning to honor the full pledge over the course of the next decade?

A: In the eight months since I’ve been CEO, we’ve already tracked more than 20,000 qualifying hires and promotions of Black talent across the coalition. It’s a significant accomplishment, particularly knowing this is just the beginning. Our coalition members are continuously reviewing their hiring practices by looking at the entire spread of existing jobs within their companies and determining which roles don’t need a four-year degree to acquire the skills necessary to be successful. They are discerning and understanding multiple pathways a worker may take to acquire the relevant skills 3 for a job or promotion. They’re investing in their managers to be better equipped at supporting not just retention but the career growth of Black talent. They’re seeing how taking this approach is not only better for business (larger talent pool, higher retention, lower cost to hire, and better performance), but better for positioning all of us to achieve greater equity and inclusion in the long run.

As for accelerating that momentum and honoring the full pledge, there’s a reason why we’re called “OneTen” and not “OneOne,” and our coalition members know that when they join. These companies know from the get go that they’re signing on not for a year or two, but for the full course of a decade. Because we know this work is going to take time. We’re taking on deep, systemic challenges, and pushing for big corporate culture shifts. These challenges aren’t solved overnight, and anyone joining us knows that. That’s why this is so exciting. It’s the first time I’ve ever seen such levels of commitment with the knowledge that changing the status quo requires perseverance and persistence.

Q: Knowing this program was designed specifically for Black Americans, do you see this work exerting positive pressure on the labor markets to pay fair living wages to others as well across the board?

A: While the core of our work is focused on opening up pathways for Black talent, we’re tackling exclusionary hiring practices, like requiring a four-year college degree, that impact most of the American workforce. Seventy-six percent of all Black talent do not have four-year degrees; but if you look more broadly, 66 percent of adults in the U.S.—a significant part of our country’s potential talent pool—regardless of race, don’t have a four-year college degree. Our theory of change is that if we remove this barrier for Black candidates, securing a living wage and a successful career becomes more accessible for everyone.

Q: For employers whose business models have been historically built on providing low- wage, low-quality jobs, it seems like it could be a major jump for them to fulfill OneTen’s criteria. Where are you seeing the biggest challenges for corporations in shifting their culture?

A: This is hard work. That’s why, like I said earlier, this is a ten-year and not a ten-month or a one- year commitment. The systems that have long contributed to intergenerational inequity have been entrenched in our society for centuries. That’s why this is going to take time—because we’re changing the status quo, shifting systemic and cultural mindsets. But I’m truly optimistic. Because what we’re seeing is that, through a combination of working on the hiring practices of companies and through the mindset and cultural shifts that we are asking our partners to make, achieving one million hires in ten years is absolutely doable—and the results of our first year prove that. The big risk, more so than the big challenge, would be having any one company decide not to persevere long enough to see the transformative impact through. Change won’t happen overnight, but it will happen. Ambitious goals require perseverance.