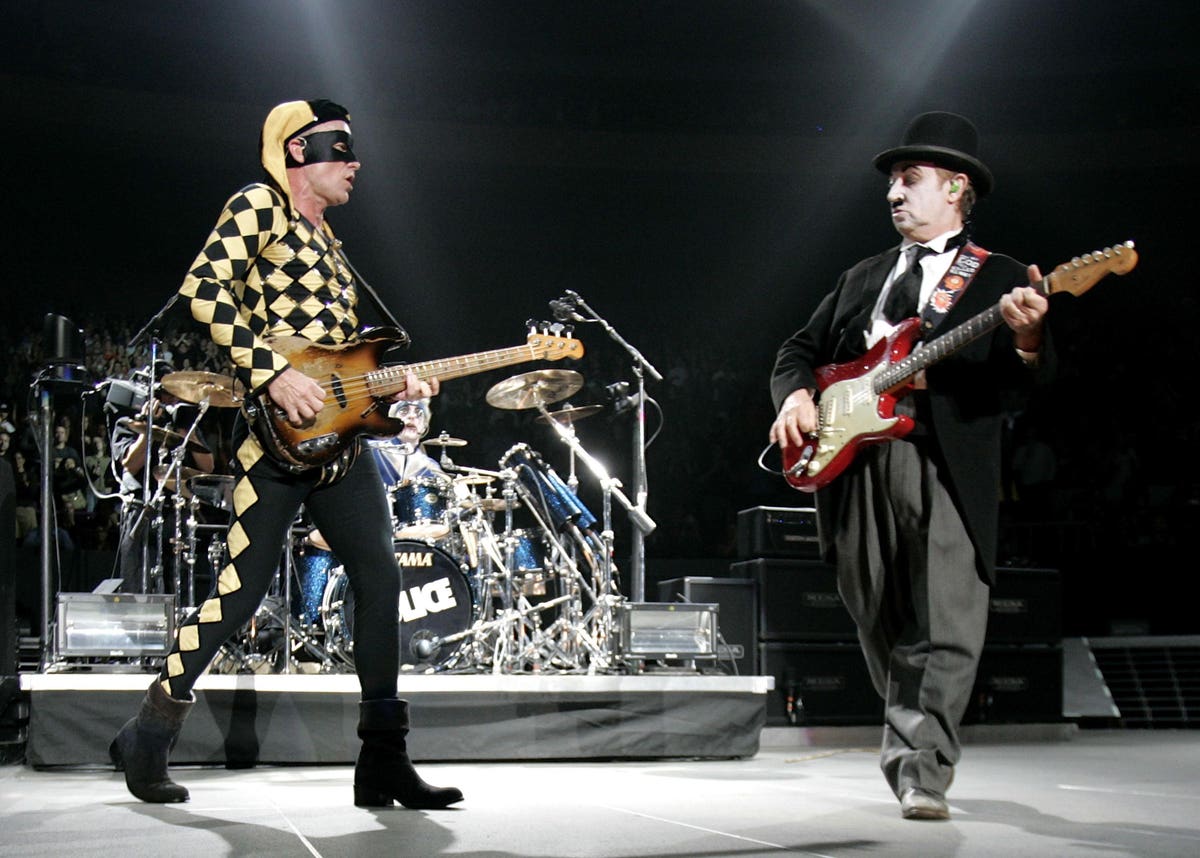 It’s Halloween 2021 tonight. I have a concert to attend, one of the acts to whom I’ve paid attention has invited me to see them live. So, I’m abandoning my traditional “trick or beer” routine and heading down to a lovely smaller theater in my town for an evening in a crowd. Prior to 2020 and the pandemic this was my routine, in bigger or smaller rooms, several nights a week, almost every week. Then, as we all know the world changed.

What we didn’t know then, and what we are still learning now is that the world will not change back easily. That’s the true horror of tonight, the night when we face down demons and hopefully appease them with candy.

Although we have many ways in which to moderate the effects of the pandemic, we’ve politicized the process and made it a badge of identity to be for or against ameliorating its effects. As a result, live events continue to cancel, postpone or those which play do so to diminished audiences as those fans afraid to get ill simply stay home.

It is near impossible to mount a tour and survive the expense unless you are in the top 10% of all acts, and absolutely impossible when you are at risk of intermittent cancellations due to Covid.  The same is true for Broadway shows which spend millions to ramp up and cannot afford to close for three days when their stop in Cleveland is for only 6 nights.

Live entertainment seems lucrative. It is for those lucky enough to sell out everything in the venue. For most though, it’s a tremendously risky enterprise to go out on the road. The expenses run every day: travel costs, per diem, union labor, security, and marketing. Money is advanced to secure venues, hotel rooms, trucks, and the labor pool to build and break down the event at every venue. When one or a series of shows postpones as a result of the pandemic, those costs are borne and lost. Although the even may eventually play in the future, that simply means the costs will repeat for a tour that’s already out.

Typically, a postponement due to Covid-19 simply puts a freeze on the tour until the the threat is cleared. That variable makes touring like roulette where you never know when the ball will land on green. It takes an inherently risky proposition and throws in a potentially bankrupting variable. This is, in great part, why there are far fewer tours committing to tour now at a time when there is usually a rush to get tickets on sale in time for holiday gifting.

This additional economic risk is also one placed upon consumers who used to buy tickets blithely assuming they would be in attendance for the show purchased on the date promised. Now, there are billions of dollars worth of tickets which have been sold in 2019 for events which have still not played, and c0nsumers are resulting and understandably reluctant to spend significant money for a future event which may or not go forward as scheduled. Their behavior is changing to more last minute purchases to reduce their risk of long hold times, choosing instead to keep their money and spend it more like they would for a restaurant or bar: in real time on the date of the event.

Go back and look at the podcasts and stories I’ve published. They always circle back to the same theme. Live entertainment is the collective cathartic experience of a crowd. It’s that jolt of pure joy which spreads through you when the band kicks things into gear and the crowd explodes. That can come from the way in which The Foo Fighters bring Times Like These up from a slow start to a rocking finish or when the lead singer of a local band jumps off the stage and over the barrier into a crowd of barely dressed girls who are agog at the prospect of being 5 feet from the stage and beneath the crowd surfer. It is positive energy. It’s love radiating and empowering everyone within the space.

Although we have many ways in which to moderate the effects of the pandemic, we’ve politicized the process and made it a badge of identity to be for or against ameliorating its effects. As a result, live events continue to cancel, postpone or those which play do so to diminished audiences as those fans afraid to get ill simply stay home.

Where we once stood together at ball games and BBQs, in concert halls and on festival fields, a poison has spread. It is commonly said there is no ”I” in team.” Over the past several years that has mutated to where there is also no “we” in team. It’s “them” and “us.” As a result, civility suffers and the bond which holds this country together has been swapped for the hatred which is pulling it apart.

But sadly, this is now our life as the war rages on across social media, Facebook, and through the increasingly narrow targeted news distribution outlets. We are no longer one country which holds ourselves out as Ronald Reagan described:  America is, and always will be, a shining city on a hill.

As the doorbells ring all evening tonight, with ghosts and witches, cowboys and unicorns all seeking a treat while “threatening” a trick, there is a lesson there too. These children know that the treat does not come because of the threatened trick. It comes from the love of the community for their children.

As you face down the devil at your doorstep today and appease him or her with some candy, perhaps think about trying that with the “devil” you harangue on social media. Maybe, you both like the same television show, are trying to learn the same song on the guitar, or both have a real desire to see Paul McCartney play one more time.

A society is the sum of its members. My suggestion is we note the change in seasons and remember what we once took for granted. United we stand, divided we Fall. We beat polio, together. Smallpox is no longer a threat. The only cholera at the opera appears onstage. Even the Nickelodeon’s “The Angry Beavers” had a sense of humor. Perhaps a look at their antics might put ours into perspective.

Happy Halloween all. May you receive the candy you desire and sleep free from the demons which haunt you. I will be listening to live music, beer in hand, and raising a toast to each of you and to love, family and the speedy recovery of America – one nation, under God, with liberty and justice for all.