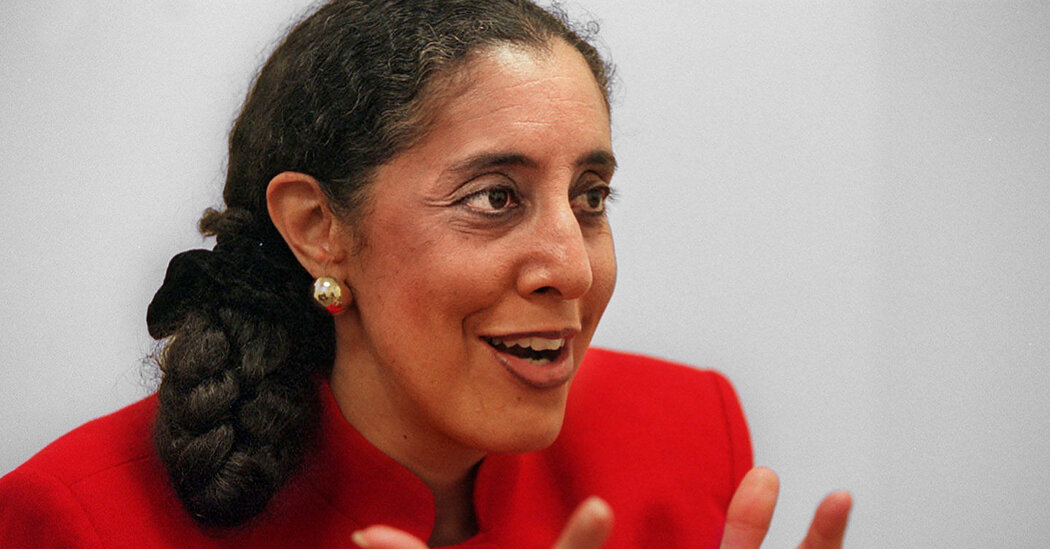 Ms. Guinier married Nolan Bowie, a fellow professor and legal scholar, in 1986. He survives her, as do her sisters, Clotilde Guinier Stenson, Sary Guinier and Marie Guinier; her son, Nikolas Bowie, also a law professor at Harvard; her stepdaughter, Dana Rice; and a granddaughter.

After a clerkship with a U.S. District Court judge in Michigan and a year working with juvenile offenders in Detroit, Ms. Guinier moved to Washington to work in the Department of Justice. She left in 1981, when President Ronald Reagan took office, and for most of that decade she led the Voting Rights Project of the NAACP Legal Defense Fund.

Ms. Guinier became an aggressive litigator, traveling, for example, in 1985 to Alabama, where, with Deval Patrick, the future governor of Massachusetts, she helped lead the defense in a voting rights case against Jeff Sessions, the future senator and attorney general who was then a U.S. attorney. Her team won an acquittal.

“She was easily one of the most innovative thinkers in the voting rights space,” Sherrilyn Ifill, the outgoing head of the Legal Defense Fund, said in a phone interview.

Ms. Guinier left the defense fund for a position at the University of Pennsylvania Law School in 1989. There she began to turn her experience defending voting rights into ideas about how to reform the system.

She argued, for example, that merely having a vote was not enough for minorities, especially those from oppressed classes. She proposed a variety of alternatives, like cumulative voting, in which people get a number of votes to distribute as they wish — a process that might allow minority voters to concentrate their support on a single candidate and in that way increase their influence as a bloc.

“Her concern was that each vote count the same as the next vote, and the normal districting process does not create that,” Gerald Torres, a professor at Yale Law School and a frequent collaborator, said by phone.