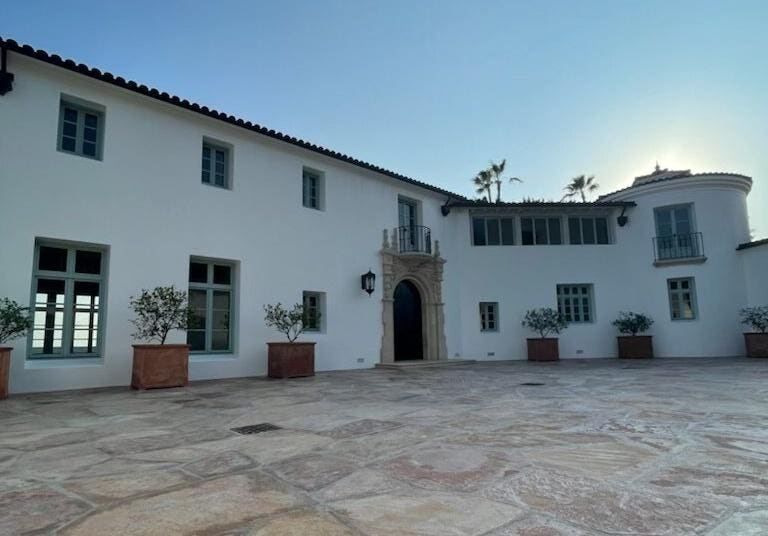 A no-reserve auction held late last month has resulted in the purchase of a mansion in the Doheny Estates neighborhood of Los Angeles for $6,526,000, or roughly 20% of the original listing.

The sale comes on the heels of a record-breaking year for the Southern California housing market, where high demand and low supply fueled unprecedented closing prices.

Top bidding went to Michael Shabani, a real-estate investor and owner of Crown Equity, who made headlines in October with the sale of a $15-million retail space in West Hollywood.

Reimagined by Grand Prix motorcycle racer-turned-developer John Kocinski, the hilltop mansion at 9240 Robin Drive was completed in 2019 when it first arrived on the market.

In December 2020, the property was re-listed at $15.8 million and then reduced to $13.5 million earlier last month before finally hitting the auction block two weeks ago.

Properties selling for less than an original asking price is not an altogether uncommon occurrence, specifically those sold through no reserve auctions.

However, such a substantial disparity between the original and final price is far less frequent, especially in a market as competitive as Los Angeles.

“This is what can happen at a no reserve auction,” says Patrick Fogarty of Hilton & Hyland, who represented Mr. Shabani. “It’s just the nature of these types of sales.”

Coming in at just under 8,000 square feet, the three-story, Mediterranean-styled estate consists of four bedrooms, eight full bathrooms and three half baths, as well as an 800 bottle wine cellar, movie theatre and library. The property also boasts a grand porte-cochére, heated outdoor pool and panoramic views of the city.

Doheny Estates, located on the west end of the Hollywood Hills, has remained one of the most sought-after neighborhoods in Los Angeles, with recent sales in the area going for upwards of $30 million.

The auction was conducted on-site, without reserve, by Decaro Auctions International.