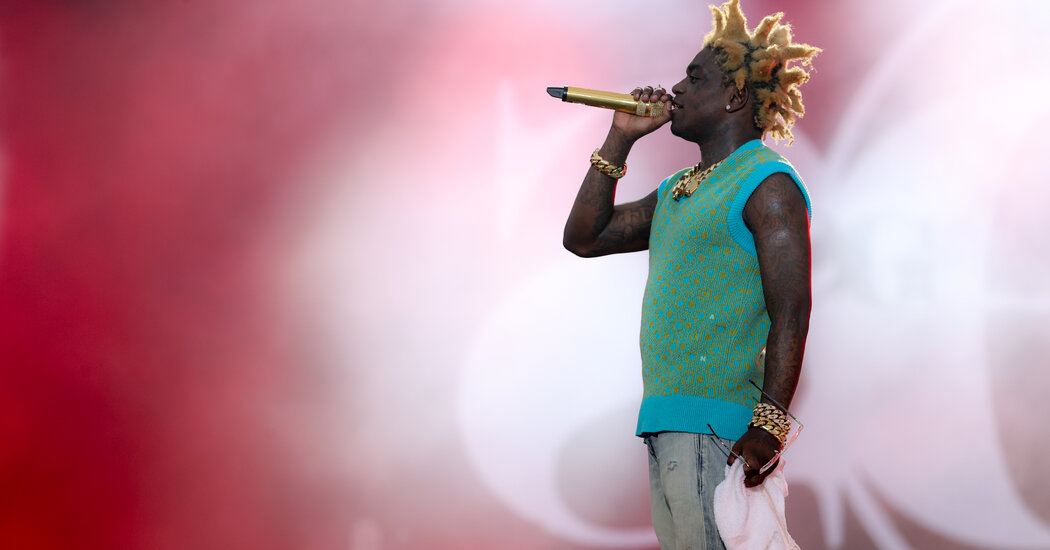 The rapper Kodak Black was among four people shot outside a party in Los Angeles early Saturday after what his lawyer said was an “unprovoked attack” on a person he was with at the time.

The injuries were not life-threatening and no arrests have been made, the Los Angeles Police Department said on Sunday.

Black, who was born Dieuson Octave and whose legal name is Bill Kapri, was sentenced in 2019 to nearly four years in prison on federal weapons charges. President Donald J. Trump commuted his sentence in January 2021, in his final hours in office.

His lawyer, Brad Cohen, confirmed that Black was one of the shooting victims in a statement on Instagram on Sunday.

There was “an unprovoked attack on an individual Kodak was with,” Cohen wrote. Black came to this person’s aid, Cohen said, and “several shots were fired at them by an unidentified assailant.”

He added: “Kodak was struck in the leg. It was not life threatening, he will make a full recovery and he is in stable condition.”

Cohen’s message on Instagram included a screen shot of an article from TMZ that said the shooting took place “right in front of a slew of celebs” who were attending a party after a Justin Bieber concert.

TMZ said the party was at the Nice Guy, a bar and restaurant that describes its aesthetic as paying “homage to a decadent era of Mafia bars and restaurants.” The guests included Drake, Leonardo DiCaprio, Tobey Maguire, Kendall Jenner and Khloe Kardashian, TMZ reported.

Cohen did not respond to questions about the shooting, and the police have released few details.

The episode began around 2:45 a.m. local time when “a physical altercation between several individuals” erupted and gunshots were fired on the 400 block of North La Cienega Boulevard, the Los Angeles Police Department said in a statement.

Two gunshot victims were taken to a hospital, the police said.

At some point the police learned that there were two additional gunshot victims who had “self-transported to local hospitals,” according to the statement. “All four victims are listed in stable condition,” the police said.

A police spokesman on Sunday said no information about the other victims was available.

Black did not respond to a direct message on Instagram seeking comment on Sunday, but he did post a brief message about the Super Bowl to his more than four million followers on Twitter.

Black, who is from Pompano Beach, Fla., topped the Billboard album charts in December 2018 with his album “Dying to Live” and has a new album scheduled for release on Feb. 25.

In November 2019, he was sentenced to 46 months in prison after he admitted that he had lied on background check forms while buying firearms that year.

Federal prosecutors in Miami said two of the guns were later found by the police at crime scenes, including one — with Black’s fingerprints and a live round in the chamber — that had been used to fire at a “rival rap artist.”

Prosecutors had asked for him to be sentenced to 46 to 57 months in prison. In court, Black apologized and told the judge, “I do take full responsibility for my mishap,” The South Florida Sun Sentinel reported.

U.S. District Judge Federico Moreno told the rapper: “Young people do stupid things. But the problem is that you’ve been doing stupid things since you were 15.”