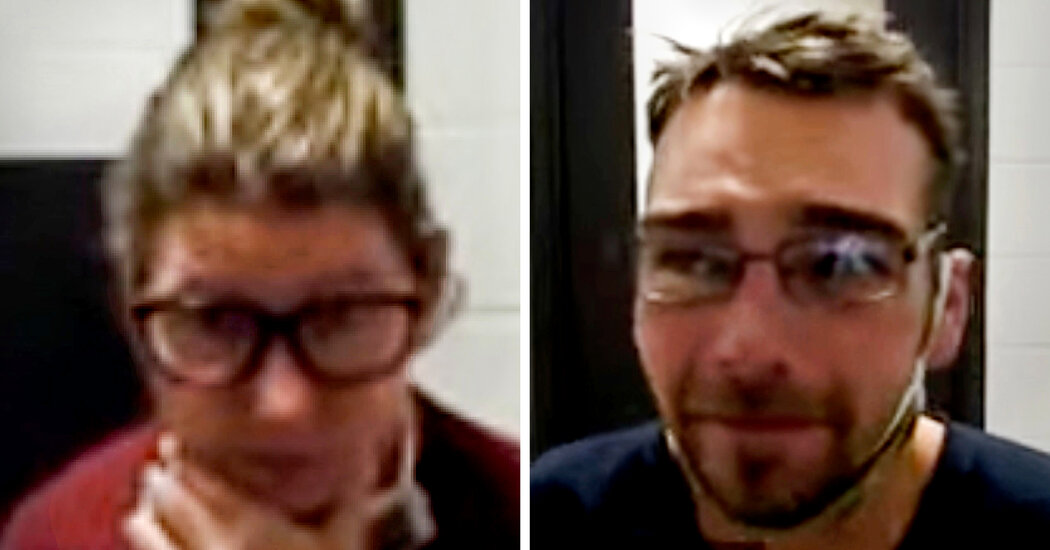 “The student’s parents never advised the school district that he had direct access to a firearm or that they had recently purchased a firearm for him,” Mr. Throne wrote.

On Nov. 29, Mr. Throne wrote, a teacher saw Ethan Crumbley viewing images of bullets on his cellphone during class. A counselor and a staff member met with him, and he indicated that shooting sports were a family hobby, the letter said. The school tried to contact Ms. Crumbley but did not hear back right away. The next day, the parents confirmed their son’s account, the letter said.

On Nov. 30, the morning of the shootings, a teacher observed drawings by Mr. Crumbley that raised concern. The county prosecutor, Ms. McDonald, has said that the drawing featured images of a gun, a person who had been shot, a laughing emoji and the words, “Blood everywhere,” and, “The thoughts won’t stop. Help me.”

The teacher, Mr. Throne said, notified school counselors and the dean of students. The student was immediately removed from the classroom and taken to the guidance counselor’s office, where he claimed the drawing was part of a video game he was designing, Mr. Throne said.

After the student’s parents arrived, school officials asked “specific probing questions” regarding the student’s potential to harm others or himself, Mr. Throne said. His answers, which were confirmed by his parents, led counselors to conclude that he did not intend to hurt anyone, the superintendent said.

“At no time did counselors believe the student might harm others based on his behavior, responses and demeanor, which appeared calm,” wrote Mr. Throne, referring to both meetings.

Counseling was recommended for him, and the parents were told they had 48 hours to seek counseling for their child or the school would contact Children’s Protective Services, Mr. Throne wrote.