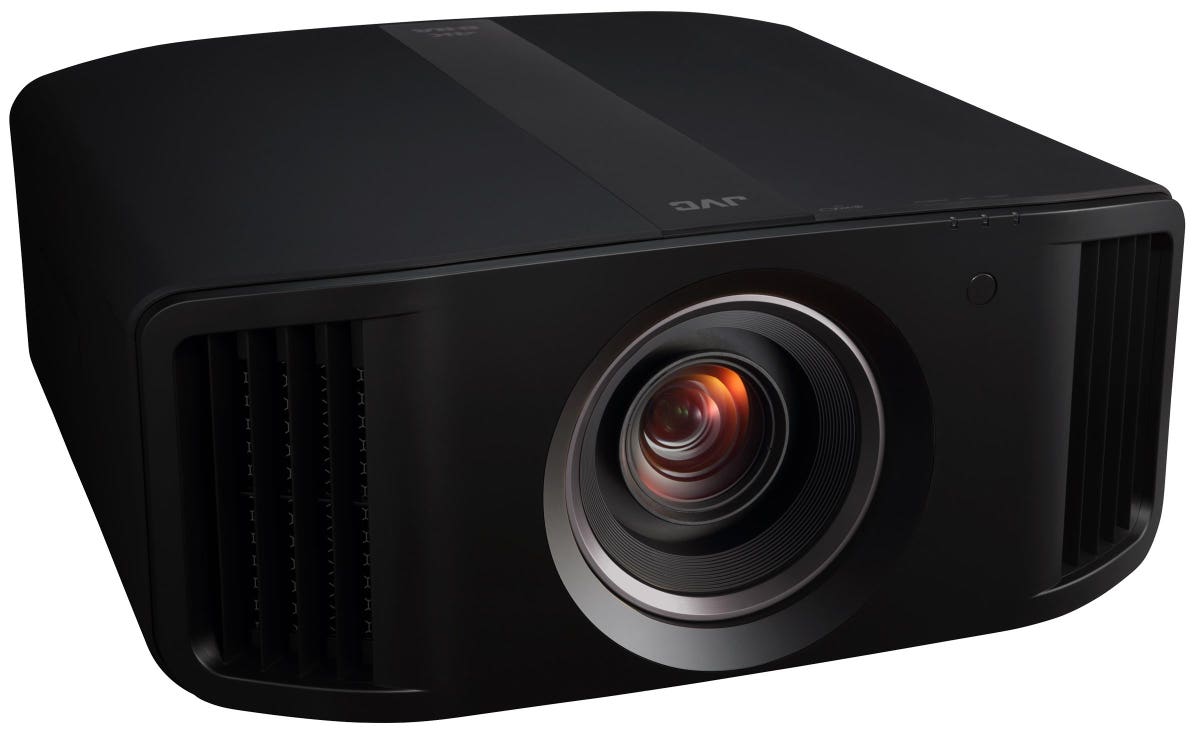 The launch of any new JVC D-ILA home cinema projector is usually a cause for celebration. That’s doubly true, though, when that new D-ILA projector is being made available at what JVC calls a “breakthrough price”.

Announced at the current CES 2022, this new potential cut-price D-ILA hero is the Precision DLA-NP5/Reference Series DLA-RS1100 (the name varies depending on which territory you’re buying it in). Obviously, though, the question that immediately arises with any new entry level projector is what sacrifices have had to be made to make it so affordable.

Answering this question in the NP5/RS1100’s case is actually pretty straightforward – and I’d say the main answers are by no means a deal breaker.

First, the NP5/RS1100 uses a traditional lamp source rather than the laser light sources used by JVC’s step up DLA-NZ7, NZ8 and NZ9 models. Second, unlike the three laser models, it offers no support for 8K playback.

Third, the NP5/RS1100s top out at 1,900 lumens of maximum light output, versus 2,200 and more on the laser projectors. Finally, it delivers a dynamic contrast ratio of 400,000:1 versus a claimed infinity to one with the laser models.

Really all these ‘negative’ comparisons with JVC’s new laser projectors do, though is remind you how stellar those much more expensive models are. Considered by themselves, in the context of the projector’s more affordable price, the sort of specifications being offered by the NP5/RS1100s actually look pretty outstanding – and continue to speak loudly to the contrast and black level strengths that have been for so long the killer app of JVC’s D-ILA projection technology.

The NP5/RS1100s have plenty of other attractions up their sleeve, too. They can handle 4K at 120Hz gaming feeds, for instance, via twin 48Gbps HDMI 2.1 ports – and support low latency gaming, too. JVC also claims that the 0.69-inch native 4K D-ILA device inside the NP5/RS1100 – the same one used in JVC’s more expensive laser models – delivers improved drive performance with high frame rate game sources.

The NP5/RS1100 sports a 65mm all-glass lens with 17 elements in 15 groups to help it do justice to the native 4K pixel count, while its HDR support extends – unusually for the projection world – to the dynamic HDR10+ format, which carries extra scene by scene image data from compatible sources. This comes on top of the more expected support for the HDR10 and HLG HDR formats.

JVC’s latest blur-reducing Clear Motion Drive processing is present and correct too, along with JVC’s handy Auto Calibration feature, support for professional calibration by ISF-certified engineers, a 2x optical zoom and extensive vertical and horizontal optical image shifting. The zoom and image shift features are all still motorised, too, so that you can set the projector up from your sofa using the remote control.