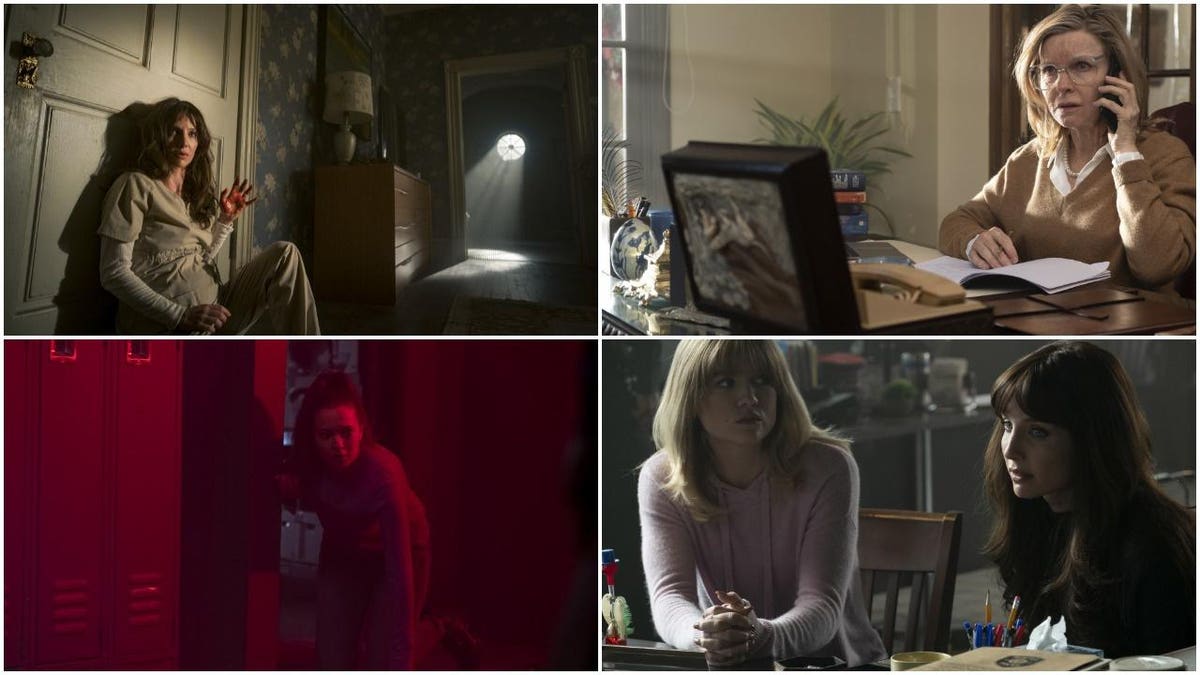 Alas, James Wan’s ambitious, absurd and gloriously entertaining original horror flick Malignant (review) opened with just $5.57 million this weekend. That’s a miserable total for a new horror film from the guy who helmed The Conjuring, Insidious and Saw, although it’s about on par with the slew of “what you say you want but then you don’t show up” studio programmers that Warner Bros. released in late 2019/early 2020. To be fair, the marketing was weirdly muted for this one (allegedly because Wan was busy with Aquaman and the Lost Kingdom and/or to protect the film’s gonzo twists, but we’ve heard that latter excuse before), and this is the biggest “one for me” flick I can remember from a major franchise-friendly director in a very long time.

Most “one for me” flicks like Tim Burton’s Big Eyes, Cameron Crowe’s Almost Famous and/or Martin Scorsese’s Silence tend to struggle or outright tank at the box office. Edward Scissorhands and Inception are the exceptions. I was hoping, two long years ago, that Malignant would redefine the horror genre yet again (following Saw in 2004 and Insidious in 2011) and/or solidify him as a marquee director at least within the realm of horror movies. Heck, in a non-Covid time, that might have happened. I’ll be very curious to see whatever HBO Max data we can get, as I wouldn’t be shocked if (relatively speaking) lots of unknowing horror nerds heard the buzz and checked it out at home over the weekend. Fingers-crossed.

At worst this $40 million, R-rated, brutally violent, gonzo-bananas original horror movie, co-written by Akela Cooper (now pitching in with The Nun 2) and Wan’s wife (Ingrid Bisu), is a down payment on Aquaman and the Lost Kingdom. And if Wan wants to go wild and crazy again but with the protection of an IP, well, The Trench can always be rescued from the bowels of development hell. The box office failure of Malignant is a tragedy. However, that WB and friends gave Wan a big budget and seemingly about as much oversight as a Netflix original is arguably exhibit A for why Chris Nolan may want to bring his A-bomb flick to Warner Bros. rather than risking dancing with the devil you don’t (know).

In other opener news, Focus Features’ The Card Counter opened over the weekend in 580 locations. Writer/director Paul Schrader’s newest “slow cinema” flick, starring Oscar Isaac as a convict-turned card shark who gets a shot at career advancement and/or redemption, earned $1.1 million over its debut Fri-Sun frame. That’s obviously not “good,” but it’s not like it would have broken out in normal times either. Even First Reformed, which had rave reviews and at least some awards season buzz, earned just $3.4 million in summer 2018. The Card Counter, co-starring Tiffany Haddish and Tye Sheridan, is pretty good as long as you understand that this isn’t Rounders. Since it’s a Comcast offering, I’m presuming it’ll be on PVOD in a few weeks. Personal preferences aside, it’ll play fine on an HDTV.

In holdover box office news that isn’t about Shang-Chi (a $35 million domestic and $71 million worldwide weekend for a $146 million/$258 million cume), 20th Century Studios’ Free Guy continued to be the little engine that could. The original, star-driven, high-concept Ryan Reynolds/Jodie Comer action comedy earned $5.54 million (-38%) in weekend five for a $101.56 million 31-day cume. Oh, and it continues to kick butt in China, having earned $76.3 million after a mere 33% drop in weekend three. Just as impressively, the film earned $6.9 million in its second Mon-Thurs frame before taking that 33% third-weekend drop, so, yeah, the film could absolutely hit $100 million in China. It’s the third-biggest 2020/2021 Hollywood release in China behind Godzilla Vs. Kong ($188 million) and F9 ($216 million).

Universal and MGM’s Candyman (review) earned $4.83 million (-53%) in weekend three for a $48.032 million domestic total. Pre-Covid expectations aside, an over/under $55 million domestic cume puts it above Old ($47.7 million) and any horror flick this year save for A Quiet Place part II ($160 million) and The Conjuring 3 ($64 million). And with $59.3 million worldwide, it should hopefully make it to $75 million global and thus triple its $25 million budget. Without too much “correlation equals causation” speculation, I’d argue that Universal perhaps sees this film’s grosses as the likely Covid-specific ceiling for next month’s Halloween Kills (Halloween’s $159 million domestic gross from a $77 million notwithstanding) and is thus using the film (now getting a day-and-date release) to give Peacock a seasonal boost.

Jungle Cruise will earn $2.445 million (-39%) for a $109.9 million domestic and $197 million worldwide cume. That’s decent domestically for a Dwayne Johnson flick but a miserable overseas total for a $200 million franchise-starter. Here’s hoping Jungle Cruise 2 plays closer to how we expected Jungle Cruise to in July of 2020.  Paramount’s Paw Patrol, which seems to represent the harbinger of doom in terms of Paramount’s future as a major theatrical distributor (inevitable since you all stopped going to see regular movies in theaters starting in 2016), earned $2.215 million (-45%) for a $34.5 million and $70 million worldwide domestic cume.  Sony’s $10 million-budgeted Don’t Breathe 2 has earned $30 million domestic and $44 million worldwide. M. Night Shyamalan’s Old has earned 4.91x its $18 million budget worldwide.