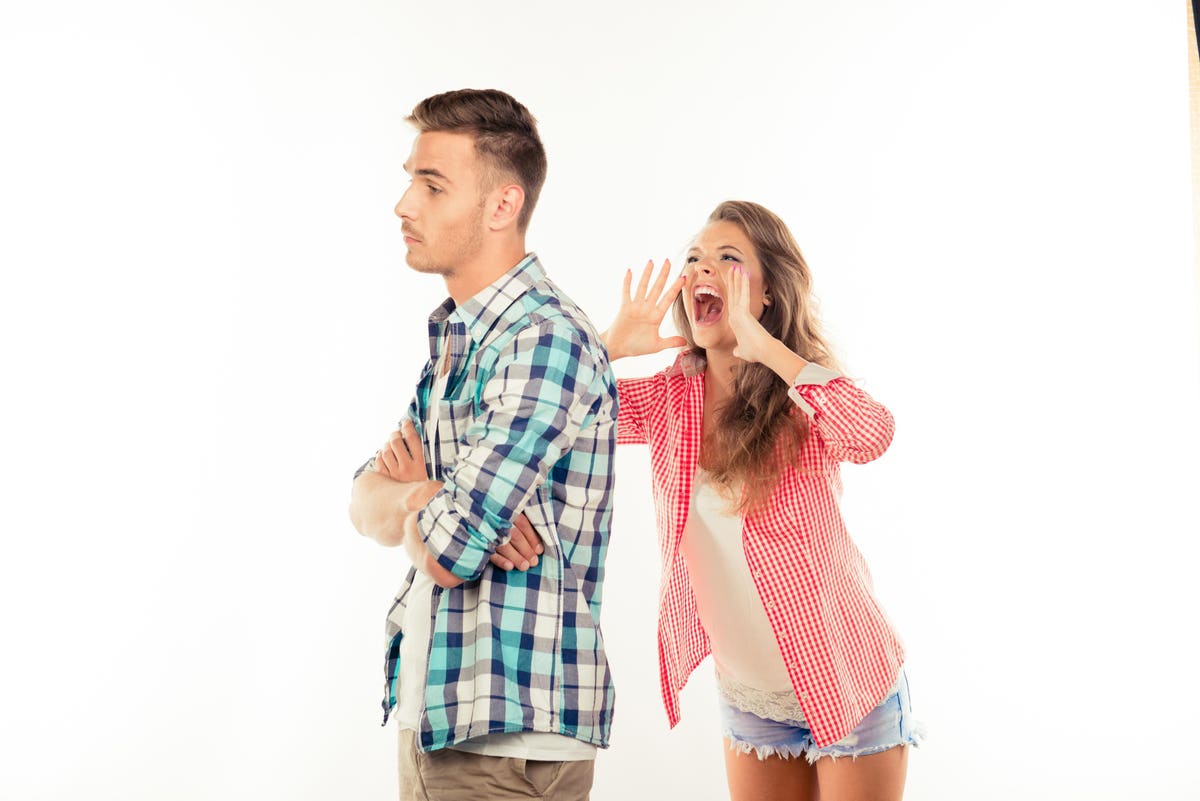 Aggression is defined as a form of physical or verbal behavior leading to self- assertion; it is often angry and destructive and intended to be injurious, physically or  emotionally and aimed at domination of one person by another. It  may arise from innate drives  and/or be a response to frustration and may be manifested by overt attacking and destructive behavior, by covert attitudes of hostility and obstructionism, or by a healthy self-expressive drive to mastery.

If one parent is aggressive-demanding and verbally and /or physically abusive to the other parent or the child, how does that parent respond? What can they do with their feelings of anger towards the aggressor? Most “how to deal with an aggressive person guides” generally advise:

In dealing with aggression, it is important to respond appropriately. Responding angrily will   almost certainly escalate the situation and make it harder to defuse.

The first line of defense is self-control, showing a non-threatening, open stance.

Keeping good eye contact but ensuring this does not appear confrontational.

Respecting the other person’s personal space.

The second is to “listen and accept.”

These may be effective strategies, but they are hardly satisfying or even possible in

If one can’t express his or her anger openly, oftentimes the only way a non-aggressor can express their anger or upset at the other parent without placing themselves or the children at risk is through passive-aggressive behavior. If you can’t react aggressively, what else can you do especially when anger will only serve to escalate the situation or make it worse?

Imagine an aggressive father who makes unilateral decisions for the child enrolling the child in all sorts of activities and telling Mom she has to bring him to the activity. Dad complains that Mom doesn’t respond to his notices regarding the activity. Mom doesn’t respond to Dad believing that Dad is doing what he wants, and she is helpless to stop him. Her only recourse is to fail to participate in his decision making, thereby acting passive-aggressively to his overt aggression. She refuses to bring the child to the activity actively opposing his demand.

Mom makes all decisions for the child contrary to court order, all doctor’s appts without telling Dad in a pattern of eliminating Dad from the child’s medical care. Dad responds by making his own appointment and brings the child to his appointment thereby circumventing Mom’s aggressive avoidance of including him. Dad’s reaction is passive-aggressive to Mom’s aggressive acts of ignoring him.

What can the Court Do?

In the two examples above, there is no physical aggression. In a situation involving domestic violence or physical or sexual abuse, the court can make orders of protection, orders of supervised visitation or deny parental access outright.

When the “aggressive” behavior is designed to control the other parent’s time with the child by scheduling activities during their parenting time or visitation or to keep the parent out of the child’s life by failing to include them in medical appointments, the parent whose time is being controlled or the parent who is being kept out, can return to court and try to show through emails, enrollments, calendars, and appointments what the other parent is doing.

In a court system handling cases of abuse or neglect of children these aggressive behaviors can be overlooked or trivialized by an overworked court. The pattern of behavior is none the less alarming as it attempts to control or minimize one parent’s role in the child’s life.