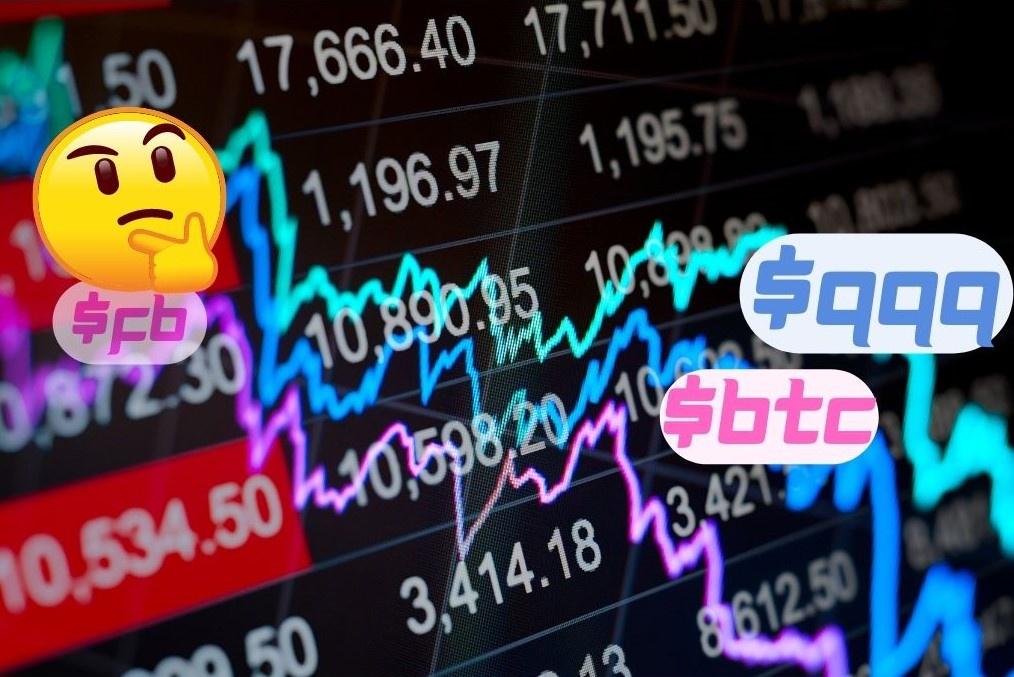 It’s been a wild start of the year for crypto. Anyone with a Coinbase account has been getting notifications on their phones: Bitcoin up 5% on Monday. Bitcoin down 6% on Tuesday. Anyone who thought that the cryptocurrency markets would not correlate with traditional markets is having their assumptions challenged. It looks like Bitcoin is tracking the Nasdaq, which means big investors are making the same moves: sell Facebook, sell Bitcoin. Cryptocurrency investors want something other than a double leveraged QQQ. This is supposed to be a whole new world. What is happening with these correlations?

Over the last month, Bitcoin is down 12.9% against the dollar. The Invesco Nasdaq ETF (QQQ) is down 10%. Bitcoin looks like a slightly more beta version of the QQQ.

“There is a higher correlation today than there was six months ago,” says Martin Green, co-founder and CEO of Cambrian Asset Management.

Over the last three years, the Bitcoin-Nasdaq correlation was .2 but “in the last several weeks, I’d say it has doubled to around point four,” Green says.

Correlations aren’t always the perfect guidepost of a market’s direction.

Bitcoin and the Nasdaq were neck and neck for much of 2019. Bitcoin pulled away hard in 2020, at the beginning of the pandemic, as investors assumed a market crash and were looking elsewhere to put their money.

“Crypto was originally intended to be a separate decentralized environment, independent of traditional markets. Things have changed considerably since then,” says Mike Ermolaev, a spokesman for ChangeNOW, a five-year-old Seychelles-based cryptocurrency company whose core product is an exchange platform trading over 380 digital assets and 60 fiat currencies.

The fast adoption of Bitcoin among companies and institutions could add to it being treated by those money managers like a Facebook and Google stock.

“There has been a lot of money flowing into crypto from traditional markets these past couple years,” says Ermolaev. “During that time, traditional markets and cryptocurrency markets have converged. It’s evident from various indicators that tech stocks and Bitcoin are strongly correlated right now.”

That means the same factors that send tech stocks lower, like monetary policy, rising inflation, and weakening demand for some key tech product lines — like Facebook recently — can weigh on sentiment for crypto. It’s a risk-off sentiment across the board.

The recent sell-off in the market — both for Bitcoin, the Nasdaq, and the S&P 500, has brought out the usual bear market pundits. The end is always near.

Still, the good news for retail cryptocurrency investors is that while Bitcoin tracks the market over a short period of time, the crypto investing market is becoming more mature. Investors are becoming smarter and thinking longer term. These institutional investors, and retail ‘hodlers’ (that’s not a typo) are less likely to trade crypto like they’re in a Macau casino.

Some in the industry think crypto investing can be safer than tech stocks. It all depends on the investment.

“The top crypto projects, such as the top 100 by market cap, aren’t much different than traditional stocks in terms of risk,” says Elvin Aziyev, CEO and co-founder of Dubai-based Metafluence, a start-up that gives social media influencers a chance to monetize their popularity in the metaverse — a new type of virtual reality currently in its nascent stage.

“This resembles the early 2018 sell-off a bit,” Aziyev says, adding that he’s not worried about the ups and downs of Bitcoin pricing. “I don’t think it’s going to follow the same path this time.”

The bears would say it can only get worse.

“We have probably around 200 investors across numerous vehicles and we have not had one email or call from any of them asking about the crypto volatility or about how the fund is doing. Not one,” says Green.

Retail investors may want to take a more wait-and-see approach, build up cash, and then buy more discounted Bitcoin. It seems the recent sell-off has bottomed out, and Bitcoin, like the Nasdaq, is in a holding pattern. Where it goes from here is anybody’s guess.

“I am definitely not nervous,” says Sheraz Ahmed, Managing Partner of STORM Partners, a blockchain solutions provider based in in Montreux, Switzerland. “Every sell off is different, although this one might be particularly distinct due to the levels of global adoption that we have seen before.”

The role played by institutional investors — whether it’s Tesla or Goldman Sachs — coupled with the selling appetite of Bitcoin whales matters here. If the two sides are going to think the same, then Bitcoin will be nothing more than a riskier Nasdaq, only good for the cash rich who can stomach deep declines and treat them as buying opportunities.

For the retail investor with a few hundred dollars in cash to be deployed, it’s a demotivator. Buying Bitcoin becomes like learning to invest in energy and tech stocks at a time when Enron is going bust, California energy deregulation is killing Calpine shares, and WorldCom vanishes as a going concern. These are all real risks the retail investor faces in steep downturns of Bitcoin. And right now, Bitcoin is down over 30% from it’s all-time highs. That’s a bear market at the moment for Bitcoin.

All of this can change in a day. And we have been here before with Bitcoin.

“I have been in crypto for a long time. For those of us truly old crypto investors and builders who lived through 2017, nothing will ever be similar to that,” says Leah Allegra, CEO and founder of RugDoc, a U.S. based platform for decentralized finance education, security, and yield strategies. She’s invested in yield-bearing crypto.

“Investors are willing to ride this out,” she says. “When Bitcoin dropped down to $29,000 in July and when it recently dropped down to $35,000, I didn’t see mass panic, I saw investors…looking for openings in the market that they could profit from in the meantime, such as switching from NFT trading to yield farming.”

MORE FROM FORBESDeFi ‘Yield Farming’: How To Get DeFi Yield, And Why Invest In ItBy Kenneth Rapoza

Worth noting about the slide, says Ermolaev in Seychelles, investor attention has also been diverted by energy concerns over Bitcoin mining which has had investors shifting into buying new blockchain protocols. The growth of the metaverse and decentralized finance sectors have also shifted demand slightly.

“Long-term crypto investors seem unfazed,” Ermolaev says about the Bitcoin bear market. “They plan to keep holding for the long haul. For me, the red flag support level for BTC is $30,000.”

“This is the nature of investing in a very early-stage asset class,” says Green from Cambrian Asset Management. They run a quantitative fund for cryptocurrencies, trading around 68 different digital assets.

“A year ago, we only invested in 18 different digital assets,” Green says. About Bitcoin: “It’s going to be very volatile. When these drawdowns happen, don’t be a panic seller. If there’s no risk, there’s no return.”

The writer invests in Bitcoin and other cryptocurrencies.