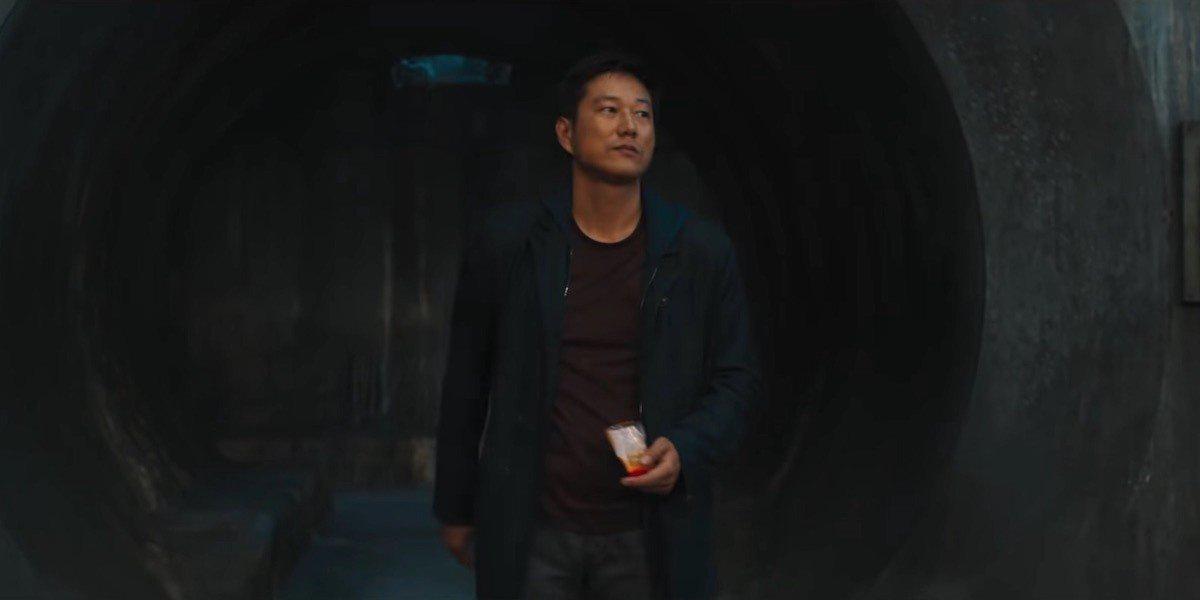 F9, the ninth entry in the long-running and continually successful The Fast and the Furious franchise, comes out tomorrow on home release with a brand new Director’s Cut from director Justin Lin. To celebrate the release, Universal held F9 Fest at Universal Studios in Hollywood, complete with stunt tutorials, photo events, and more. I spoke with director Justin Lin and star Sung Kang about the franchise (in two separate interviews):

JE: What keeps you coming back to the franchise?

SK: Well, first I get to work with my friends, right? I mean, Justin and I started our careers together, and to be able to continue and make movies and projects together… that’s rare. It’s a wonderful life journey to be able to share this experience because people don’t [really get to], and when you’re alone, and you’re the only one that has this memory, right? What’s the value of it? But then he and I get to reflect over the years, from starting from our first film together, where Han supposedly came to life in Better Luck Tomorrow, to where we are now.

Our craft service was five sticks of Wrigley’s spearmint gum spread out with Better Luck Tomorrow. I’m not kidding. Some smartass spread it out [across the table]. I remember where we were shooting Tokyo Drift, Justin had an office with a chairs and, like, a little mini-fridge and we closed the door and just started laughing, and going ‘look how far we came!’ It’s pretty awesome to be able to share that journey.

JL: It’s interesting because I think it wasn’t until coming back for this film that I felt how special and unique this experience has been. I think especially in Hollywood, I think people are just doing all these things, and you’re trying to… find the right group, and you do something, it’s intense, and then boom, that’s gone, it’s over. To be able to go on this journey and to be able to have the shared experience and grow with this amazing group of people… it was not expected [when we started], like ‘we made a movie, we’re gonna make another one.’

When we started we had to earn it, and to be able to have this great studio that really, I think, allowed us to have this environment to just explore and grow. This is my fifth Fast and the Furious film, but I can tell you every one of them been so different so I don’t feel stagnant. I don’t feel like I’m doing the same thing over and over again.

JE: Its an extremely profitable franchise—fans keep coming back too, and its only grown over time. Why do you think its connects with so many people?

JL: I think it’s the acknowledgement of time. I think that we’re probably the only big action franchise where our lead characters in the process started a family… and now they have a kid. A lot of times when [fans and I] stop and interact through the years, I always get a sense when I talk about the characters that they’re part of their family. I think part of it is that… I feel like James Bond seems to be the same age for 50 years, where our characters are growing. I get a sense that every two years it’s a little bit of a family reunion, you know, and for me I feel like part of the fun is to grow and evolve together. Sometimes you fall down together, and you pick yourself back up, and you you go for it, you keep moving forward.

JE: What makes the Director’s Cut the pivotal cut for you?

JL: There were just so many things… the ambition of it it was actually even greater. When we went to theatrical release, a lot of times you cut scenes out because, you know, ‘I didn’t like it,’ but that wasn’t the case, it was just more for pacing. It was already a long movie. I feel like when people look back, the fans look back, and they want to enjoy the whole narrative of every film, I think the Extended Cut is going to be the one that connects a lot of… not only the film, but hopefully the universe. I feel like that’s going to be the definitive version for fans when they want to connect everything.

JE: Han’s arc through the series is so complex, first introduced in Tokyo Drift and seemingly killed before being brought back time and again, in particular because of fan support. Why do you think he connects with fans so much?

SK: Everyone asks me this question and I wish I had the perfect answer. I don’t know, Jeff. My theory is that everyone wants a friend or an older brother like Han, everybody wants that. A friend that is inclusive, that has simple cowboy rules… ‘I don’t care what you have, what you drive, it’s the person behind the wheel that really matters,’ right? Simple things like that… and also, it’s pretty nice to have a friend like Han that owns a garage with a bunch of cool cars and nightclubs. So I think that’s what it is. I think it’s that friend-older-brother figure that everybody aspires to have.

JE: Any particularly powerful memories from the series?

JL: I could compile a list of so many and for different reasons, you know, but we’ve gone through like emotional ones… like Fast Five when we’re shooting on the bridge. I remember it’s Puerto Rico and you can see the storm coming in, and Vin saying ‘I have my boy’s coming’ … he knows his son was about to be born. I was sitting there going ‘there’s a storm coming in, I’ve got to get you out.’ So the crews [just] work together and, you know, these are all special moments that I think creates the energy that hopefully people can feel but they might not know why. But there’s a lot of love and support, and that’s kind of the mantra. I think that’s why we keep coming back.

SK: Yeah. Well, you know, there was when we were shooting Fast Five. It was I think the first and last time the majority of the cast lived together in the same building. There are memories like going to the mall with Paul to buy underwear and socks because, you know, we’re actors, but we still need underwear. They’re just these regular simple memories.