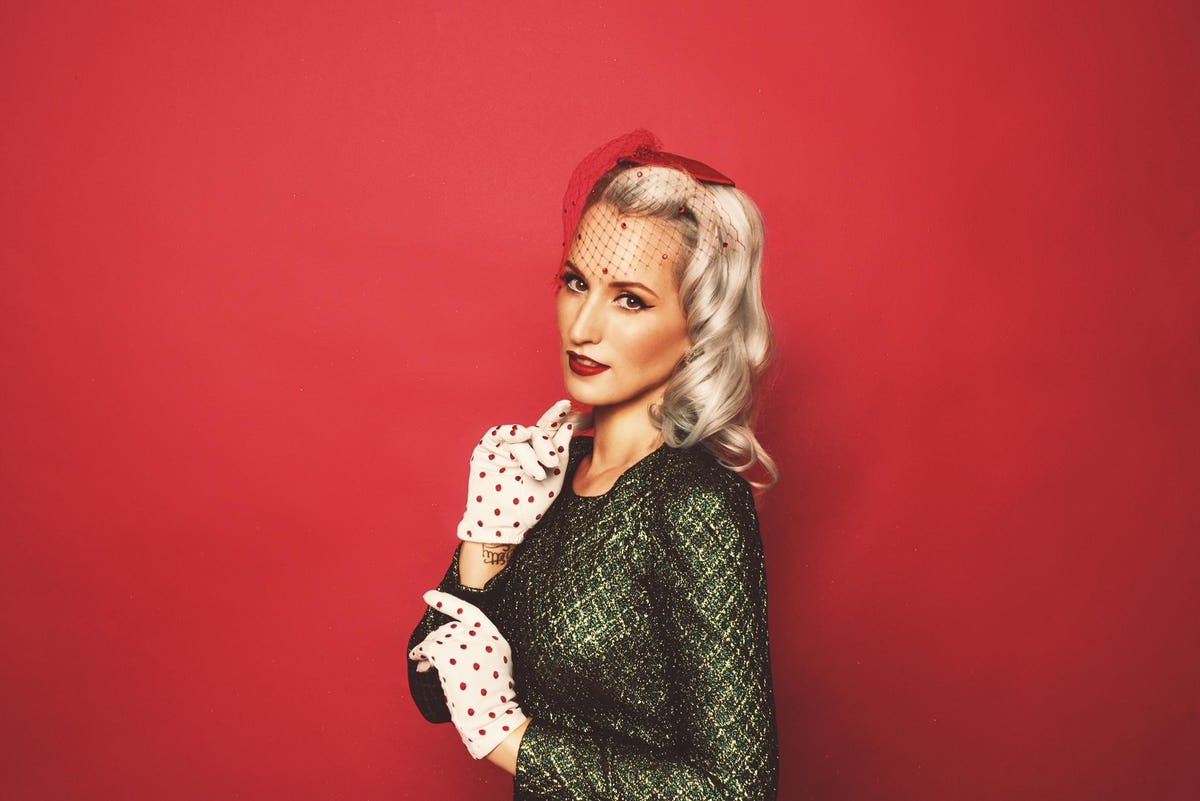 It’s always fun to watch the arc of an artist’s career. Ingrid Michaelson first came to our attention in 2006 through MySpace. Now, nearly two decades later, the singer/songwriter of such hits as Girls Chase Boys, The Way I Am, and You & I is writing for the Broadway stage while doubling down on her love of holiday music.

Michaelson, who freely admits her obsession with all things Christmas, first released Songs for The Season, her album of holiday music in 2018. That release mix some original holiday music with standards. The idea was to release an holiday record which had a retro vintage soul, something along the lines of the holiday record released by Frank Sinatra. Michaelson loves a vintage holiday song like those also of Vince Giraldi, and Nat King Cole, which is how her album was conceived with a nostalgic feel. Holiday albums are evergreen, so they lend themselves well to periodic updates.

Today’s release of her deluxe edition includes three new songs. Song writing is a meticulous craft, which is enhance by the selection of writing partners. For this new deluxe edition release the new songs all had different combinations of songwriting collaborators.  One was written by Michaelson and Zoey Deschanel. The other two songs were written by Michaelson and her writing partner Dave Barnes with Jason Mraz joining to contribute his talent for the album’s third new song.

It was very interesting to talk with Michaelson about the process of writing holiday songs, and how odd it can be to be writing those songs mid-year in anticipation of the season to come. During the month between Thanksgiving and New Years as the trickle of holiday perennials and the annual new entrants begin to gather radio play, no one really stops to think about how many of these songs were written in Jimmy Buffett time: on the beach, under a bright sun, but with faith that Christmas comes at the same time every year.

Ultimately, Michaelson intends to continue releasing new holiday songs as an annual event, building to the release of another completely new holiday album in several years. In addition, in support of her holiday themed work, Michaelson is venturing back out of her Covid isolation to perform the 15th edition of her annual Holiday Hop in New York City, currently contemplated for early December, and three shows at the Kennedy Center in Washington D.C. alongside their orchestra. The Kennedy Center shows take place on December 10th and 11th.

The official link for tickets can be found by searching Kennedy-Center.org NSO Holiday Pops.

Michaelson has been off the road during the pandemic, but busy writing the music and lyrics for the intended Broadway debut next year of The Notebook. This musical version of Nicholas Spark’s book is not precisely faithful to the original, in Michaelson words “it goes on its own journey.” There’s nothing like setting a romantic drama to song to give it another life.

We had a lovely conversation which went deep into the weeds on the trends on Broadway, how musical theater is written and just what it is like to transition from a road warrior to someone who is focusing intently on creating music for the stage, television and movies.

Now is the time to begin checking the boxes for the holiday season. Decorations in place are not as festive without a solid backing of holiday music. I love the variety of choices that come out each year from new twists on old classics to classic twists on newly written perennials. Watch out Mariah Carey. There’s a new contender in the ring for Queen of Christmas.

Here’s a holiday gift to those of you nostalgic for one of Michaelson’s hit songs: