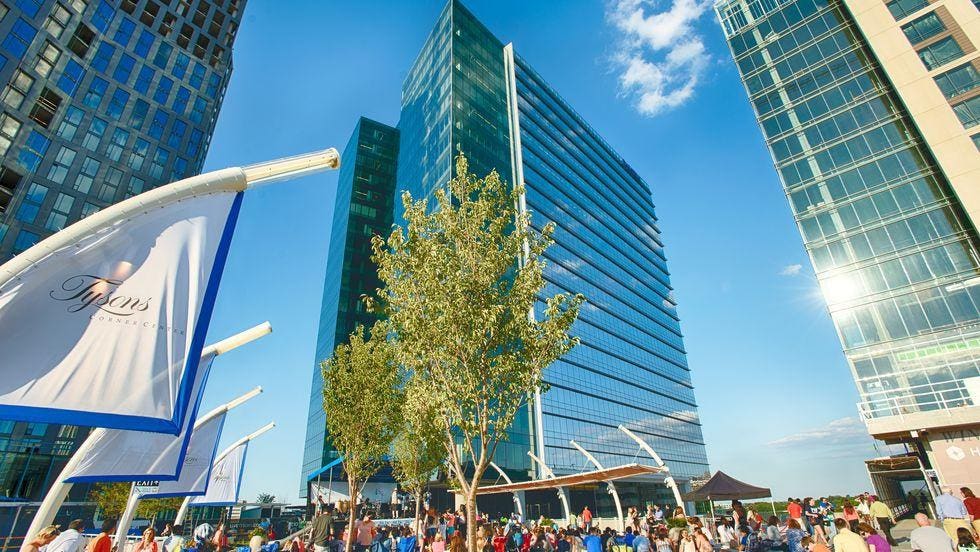 Inflation is a symptom of an unhealthy economy, but it is not the only symptom. One can look for other symptoms of the economy’s health for clues about what inflation trends may be after the pandemic eases. This is just like a doctor who, when diagnosing a patient, wants to examine aspects of health beyond temperature and blood pressure. What other “vital signs” of the economy should we check? There are many other symptoms of an unhealthy economy beyond high inflation; the more of these other symptoms that one sees, the more worrisome the economic outlook. In contrast, a failure to find the other troubles that typically occur during inflationary periods would suggest one can be more optimistic about the future.

To preview our findings, examining other vital signs of the economy finds few of the weaknesses that characterized past inflationary periods, suggesting a favorable outlook for the economy (and for REITs) in 2022.

First, a look at where we are today.

Inflation rose sharply in 2021 to the highest rate since the early 1980s. The initial stages of this rise in inflation were driven largely by a few components of the CPI that faced severe supply chain constraints due to the pandemic, including used cars and new cars. In addition, the comparison of prices in 2021 to the early months of the pandemic in 2020, when demand was quite weak and many prices were falling, boosted the 12-month change in inflation (this “base period effect” can be illustrated by prices of hotels and motels, which declined by double digits in 2020 but then jumped 27.6% in 2021). These early price rises were widely described as “transitory”, including by Federal Reserve officials responsible for maintaining price stability.

Inflation has continued moving higher, however, long past the time frame when most people thought a price surge could be described as transitory. This more persistent inflation has raised concerns that massive fiscal stimulus during the pandemic, combined with the trillions of dollars of liquidity the Fed has injected into the economy, may be fueling a more persistent rise in inflation. In addition, the longer that inflation remains elevated, the greater the risks that consumers and businesses expect such inflation to persist—which itself can become a self-fulfilling prophesy.

It is still difficult today to distinguish between the “transient” and “persistent” hypotheses, especially since the supply chain is still experiencing many of the problems that helped fuel the first several months of price increases.

What do the economic conditions today suggest may be ahead for the economy, for inflation, and for REITs?

It is instructive to examine the Stagflation of the 1970s, when the CPI rose 12.3% in 1974 and peaked at 14.7% in 1980. The U.S. economy struggled with many issues during the 1970s, including two oil shocks that drove energy prices far higher, as well as a massive restructuring of U.S. manufacturing away from energy-intensive heavy industries that were no longer profitable following the oil shocks.

Two other symptoms of the poor health of the U.S. economy during this period stand out. First, productivity growth slumped, as businesses struggled to redesign their production processes and operations in a higher energy cost environment. Productivity fell 3.1% during the recession of 1973-75, the first drop in productivity ever recorded for the U.S. economy. During the high-inflation period that persisted over the subsequent decade, productivity growth averaged one full percentage point below its level prior to the 1973 oil shock.

Second, corporate profit margins collapsed in the 1970s as high costs for energy and other materials, as well as less-productive labor inputs, took up an increasing share of revenues. Profits slumped from 13.6% of gross value added in 1973, to less than 10.0% in 1975, according to the National Income and Product Accounts (NIPAs) published by the Bureau of Economic Analysis (the NIPAs are more commonly known for providing the official estimates of U.S. GDP). These two conditions—low productivity growth and thin profit margins—weighed heavily on the U.S. economy from the 1970s through the mid-1980s, and both contributed to upward pressures on inflation.

During the pandemic, however, profit margins of nonfinancial corporations have surged, according to BEA, rising 4.1 percentage points. This is the only time on record where profit margins have increased during a recession. Furthermore, profit margins reached a peak of 15.9% in 2021, the highest in more than 50 years. In this environment, many firms may be under less pressure to raise prices in order to preserve their profit margins.

One might object that these high profit margins are exacerbating inflation pressures, but an analysis across sectors of the economy demonstrates that this is not the case. Some of the largest jumps in inflation were among used cars (up 37.3% in 2021), which are not produced at all, but are sold from one owner to another. Most of the inflation pressures in 2021 resulted from the goods components of the CPI, including energy.

The durable goods component of the CPI, for example, rose 16.8% in 2021, while the nondurable goods component increased 10.2%. Companies in the goods-producing sectors of the economy, however, generally have not reported high profits. Services, in contrast, have experienced much lower increases in inflation, increasing 4.0% in 2021. It is also firms in the service-producing sectors that are generating the high profits today.

This analysis is not conclusive, and the inflation outlook raises many concerns. Nevertheless, that fact that some of the other symptoms that have accompanied high and rising inflation during prior periods of an “unhealthy” economy—weak productivity growth and falling profit margins—are absent today is evidence in favor of the hypothesis that inflation may recede as the price pressures that resulted from supply chain bottlenecks during the pandemic begin to ease in the months ahead.

What, then, would a scenario of moderate inflation—higher than the past decade, but not returning to the double-digit days of the 1970s—imply for REITs? My colleague Nicole Funari at Nareit has done extensive analysis of REIT returns during periods of moderate and high inflation.

This analysis finds that REITs have outperformed the broader stock market during periods of moderate and high inflation. For example, during the years between 1972 through 2021, when inflation was between 2.5% and 7.0% REITs had an average total stock market return of 16.9%, versus 13.8% for the S&P 500. Higher income returns generate this outperformance as rents adjust upwards as new leases are signed and REITs increase dividends to pay out the higher income.

In addition, REITs own buildings—a real asset—whose value tends to rise with increases in the price level, protecting REIT investors against inflation and generating price gains in stock valuations.

With the economy’s underlying vital signs healthy, the outlook for 2022 for the economy and REITs remains positive.