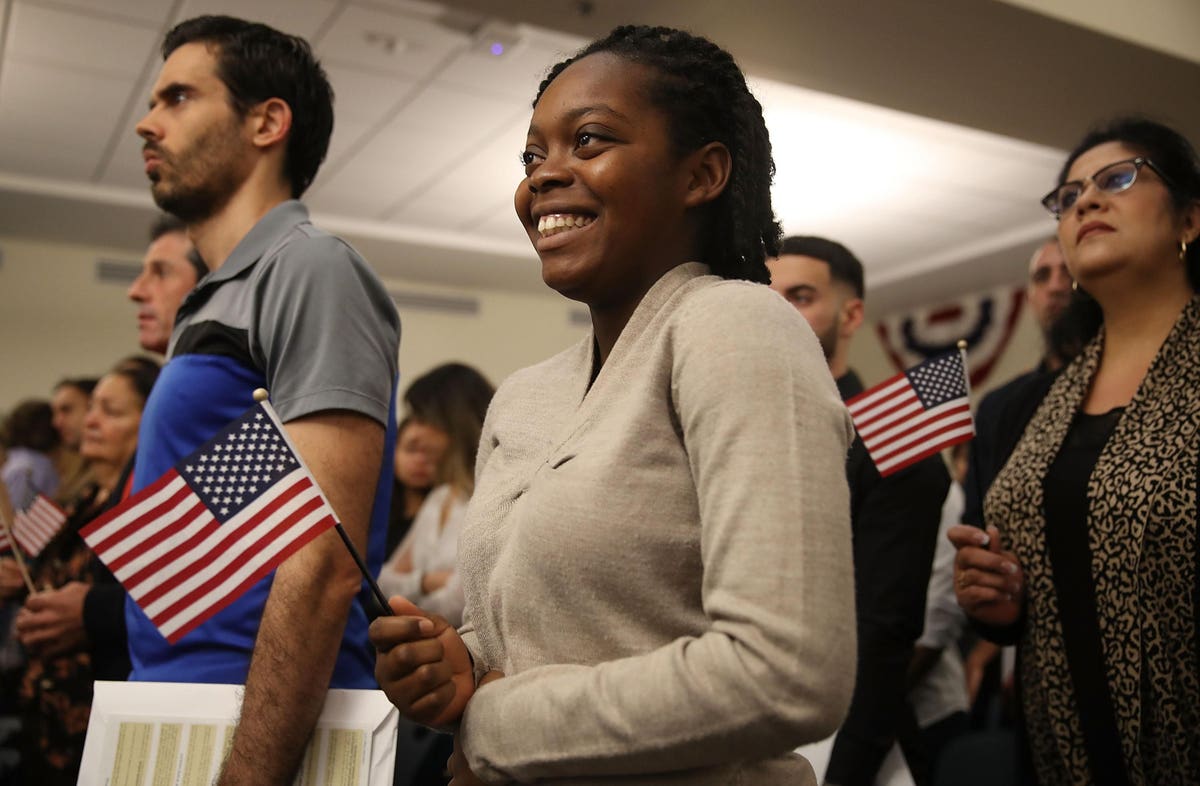 The United States is suffering two kinds of labor shortage, one immediate and the other longer term. There is little immigration can do to relieve immediate shortages, even given the numbers of asylum seekers at the southern border. Fortunately, this immediate worker shortage should dissipate relatively quickly though not as quickly as Washington would like. There is, however, a more lasting and fundamental worker shortage also developing. It stems from the fact that years of low birth rates have left a relative dearth of young workers to replace the now rapidly retiring baby boom generation. Immigration can help on this important front, but for it to do so, Washington will have to do what it has failed to do for decades – reform the nation’s immigration system.

The extent of the immediate problem is apparent in the Labor Department’s monthly report. It records that the nation’s labor force – those working or actively seeking work – has dropped by 5.5 million below pre-pandemic levels. Little wonder then that in this otherwise rapidly recovering economy some 3 million job openings remain unfilled.

This shortfall is clearly a legacy of the pandemic. Many afraid of infection have avoided the kind of contact with others that work entails. There are no statistics on how much of the labor shortfall is due to this effect, but given the fears that grew up during the pandemic (and were actively promoted by the authorities and the media) the number is surely significant.

Meanwhile, lavish federal benefits have for many reduced the urgency of work. The extra unemployment benefits made it easy for large numbers of people to postpone the search for paid employment. These unemployment benefits had a special appeal to those with child-care responsibilities.  These people not only got extra for staying home but also saved on childcare expenses. The special unemployment payout expired in September, which may explain the remarkable employment surge noted by the Labor Department in October, but there are still other federal benefits that will slow the return to pre-pandemic levels of willing workers.

Recently, vaccine mandates have compounded the problem. Thousands, it seems, have either been terminated for not complying or quit rather than comply. No direct statistics yet exist on the numbers involved, but extending the figures available from fragmentary anecdotal reports points easily to numbers approaching a million workers.

This shortfall will certainly dissipate over coming months, though not as quickly as Washington would like or forecasts. Fears will lift as rates of infection recede as they seem to be doing. Even if the disputes on vaccine mandates persist, their force will also soften as rates of infection recede (unless, of course, the mandates serve an agenda other than a public health one.) Rising weekly wages – up 4.6% in the past year and faster than in a long time – will also lure people into the workforce. The process will take time, however.

In this matter, immigration answers for little. The teeming masses at the southern border cannot help much at all. Even if, contrary to law, they were immediately all issued a green card on crossing the river, many do not speak English and it would take a good deal of time for them to migrate from the border to where workers are needed. The immediate shortfall may not lift quickly, but it will lift sooner than any arrangements with these people can add to the active workforce. Nor do other sources of immigration promise much relief for the over 5 million worker shortfall from pre-pandemic levels. The green card lottery seems likely to admit 1 million at most this year, some relief perhaps but far from complete. The H2-B visas promise 90,000 at most this year.

Immigration could, however, play a vital role in addressing the nation’s longer-term, more fundamental and demographically driven worker shortage. This matter has not yet become acute, but the trends are undeniable. Low birth rates 15, 20, 25 years ago and since have constrained the flow of young people into the workforce just as the huge baby boom generation has begun to retire. The Census Bureau reports that the nation presently has about 2.6 people of working age for every retiree, down from about 3.5 twenty years ago. Statisticians at Census forecast that the figure will drop to barely over 2 of working age for every dependent retiree by 2030. Those two workers must produce enough for their own needs, those of their direct dependents, and one half of the needs or every retiree, regardless of who pays for it. Few are productive enough to shoulder that burden, much less the economy-wide average. Advances in output per worker can ease the burden but especially since the pressure will build gradually, so can immigration fill the need, but only if the system is effectively reformed.

Presently, the U.S. immigration system favors those with family already in the country.  This emphasis may have virtues, but it cannot answer to the economy’s needs. A more economically responsive system might gain from the approach already used in two other immigrant countries, Canada and Australia. These nations use what might be termed a point system. Prospective immigrants receive points for years of education, special skills, and whether they speak the language, English in both countries with the addition of French in Canada. If they score high enough, they can proceed to the border, where they gain legal admission and an immediate right to work. The system is less ambiguous and better for the economy, as well as the existing society, than the one in place in this country, if what the United States has can be described as a system.

As should be clear, today’s labor shortage is entirely different from the more fundamental problem developing beneath the surface of day-to-day pressures. Except for a few policy choices there is little help for the immediate pressures, except waiting for the lingering effects of the pandemic to pass.  It will take longer than Washington would like or has suggested, but the resolution should not take more than 12 months, 18 at the outside. The more lasting, demographic problem will demand more than just patience. Part of that need will pressure Washington reform the immigration system. Although several governments have failed to do this, those who would try at least have effective models to guide them.