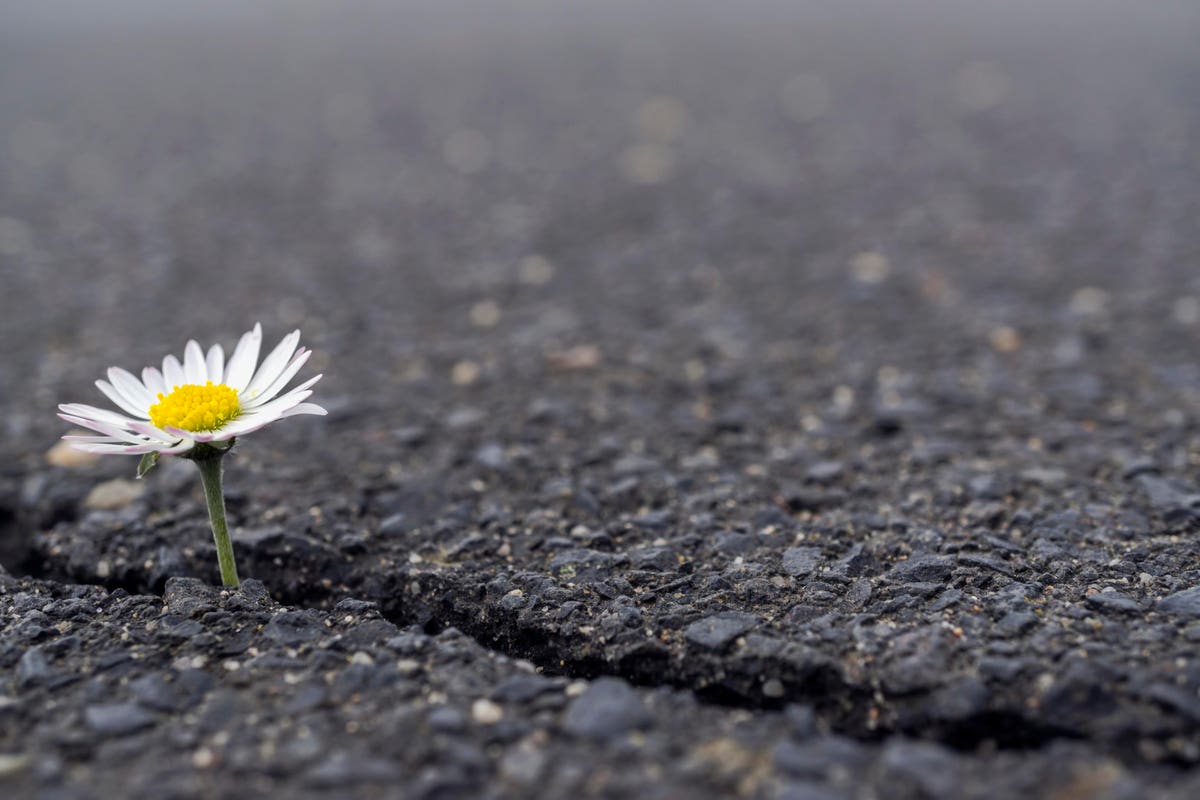 What does the CEO of a major corporation, a handful of famous singer/songwriters, a well-known television anchor, a leading psychologist, an environmental activist and the United States Surgeon General have in common? They all overcame tremendous odds and achieved career success. Each one sat down with me to share how they did it. Their collective wisdom is golden for anyone struggling to overcome obstacles as they climb the corporate ladder.

“Where do I let my mind go and what is it about my perspective that I have control over? I have control of how I see it, how much I focus on it, how much energy and time I give to it, how much mental space I give to it. I can’t stop a global virus. I can be stressed or scared or tense about it, which will only hurt me in terms of high blood pressure or depression and other mental and physical problems. I can do the things in my life that help me feel in control or give me back my power. I can wipe down the phone, keep my hands clean. I can keep my immunity up. I can get sleep and drink water and make sure I’m not running myself ragged. One of the things that gives me power and control is to not think about what’s going to happen two weeks or six months from now because no one knows. I can focus in the now, be present and know that for right now I’m healthy and safe.” Rhonda Ross, singer/songwriter

“You have to believe in yourself. Growing up in Gary, Indiana, we rehearsed all the time in the house, and the neighbors would say, ‘Shut up making all that noise. Ya’ll ain’t going nowhere.’ And little did they know we would create some of the best art around. In my music career with my brothers, we always felt we could do things. And there were other people who thought we couldn’t. People that counted us out said, ‘Your voices are changing, and Michael’s voice is changing. You guys are finished.’ We had companies tell us we couldn’t write songs and not to reinvent the wheel. We never listened to them because our father taught us we could do what we want. That’s when we went from The Jackson 5 to the Jackson’s. Tito Jackson, singer/songwriter

“I grew up with dyslexia and had trouble in school and was labeled in a negative way. My parents told me about ‘stick-to-itiveness,’ and I discovered it’s a powerful word that I took to heart and applied to everything I did. Be prepared that you could get pushed back five or ten yards, but also when you pick that ball up again you could rush thirty or forty yards. It’s a process, and it doesn’t happen on the first try. It took the ladies of Hannibal, Missouri three years to get the ammonia out of their drinking water, but that dogged persistence that loyalty to your cause, that stick-to-itiveness is a process. You’ll have moments when you get pushed back, but you’ll also have moments when you push ahead. And that’s what you need to remember.” Erin Brockovich, environmental activist

Connect With Others For Support

“One reason I never told my parents about feeling lonely was there’s a feeling among many—and certainly it was true for me when I was young—that if you’re lonely, you’re somehow not likable. Or you’re not capable of being loved. And nobody wants to feel that way about themselves. I certainly didn’t. Admitting I was lonely was hard. I think that’s true for many people. Whenever we struggle with a problem and can’t share it, it further isolates us. If you’re lonely and your lizard brain warns you of all sorts of consequences, your decision to not open up further holds you back and exacerbates the problem.” Dr. Vivek Murthy, U.S. Surgeon General under Obama and Biden

“Since my twenties, I realized there could be no freedom unless I could accept myself just as I was. I’ve been working on bringing compassion and mindfulness to self-judgment for a long time. The first thing for people to know is that it’s utterly pervasive in our culture. We’re given all these standards. In order to be an acceptable, lovable person you need to look this way, act this way and have this kind of intelligence to be successful. Every one of us can spend many moments feeling as if we’re falling short of the standard. The first step of waking up from the trance of unworthiness is simply recognizing that it’s not just me; it’s all of us. Making a commitment in advance for self-compassion makes a difference, knowing in our intuitive wisdom, we can be more of the person we know is possible when we get in the habit of self-kindness.” Tara Brach, Ph.D., psychologist and meditation guru

“There were so many versions of burn out. It was predictable for me. I would burnout and have the equivalent of a nervous breakdown about every three months. I would anticipate them. I knew they were coming, and they were equally intense. It would give me 17 minutes of permission to melt down. It’s horrifying, but it was as though the illness or the debilitation of the burnout was the only time I gave myself permission to rest. That’s not the case anymore because I lean on my friends and reach out in relationships. It’s a mandatory integration—it’s energy management versus time management and realizing my energy is limited. I used to think I was invincible. I could, in fact, just go and go, that is, until I burned out.” Alanis Morissette, Broadway producer and singer/songwriter

“On April 6, 2007, I woke up in a pool of my own blood. I was two years into building The Huffington Post. I had just returned from a week of taking my eldest daughter on a tour of prospective colleges, and, since she had insisted that I stay off my Blackberry during the day, I would stay up each night working. And so, the morning after we returned home, I woke up burned out and exhausted—and collapsed. The result was a broken cheekbone, several stitches over my eye and the beginning of a long journey. In the following days I found myself in a lot of doctors’ waiting rooms, which, it turned out, to be great places to think about life. And that’s what I did. I asked myself a lot of questions: Is this what success really looks like? Is this the life I want to lead? The answer was no. And the diagnosis I got from all the doctors was that I had a severe case of burnout. I set off on a new life plan. I wanted to start sleeping enough, meditating again, and changing the way I worked so I could be more productive, more focused, and energetic and less tired and stressed.” Arianna Huffington, CEO and founder of Thrive Global, dedicated to stress reduction, burnout prevention, and well-being.

“Sometimes when you’re at the end of your rope, you have to do something drastic to grab people’s attention. I hear a lot from women who are juggling families, homes, marriages and careers and reaching overload. They say, ‘Oh, I could never get my husband to take the kids to soccer practice.’ And I say, ‘Okay, here’s my advice. Get in bed and don’t get out. Somebody has to pick up the slack.’ Working doesn’t have to be nose-to-the-grindstone misery. You get more productivity out of well-rested, healthy employees. It’s a skill—an art—to know your limits. Carve out time you need for yourself. Some people decompress with exercise, some people take a walk in the park, some read. You know yourself well enough and what you need, and it doesn’t serve anybody if you get too overwhelmed and stressed.” Alisyn Camerota, CNN Journalist