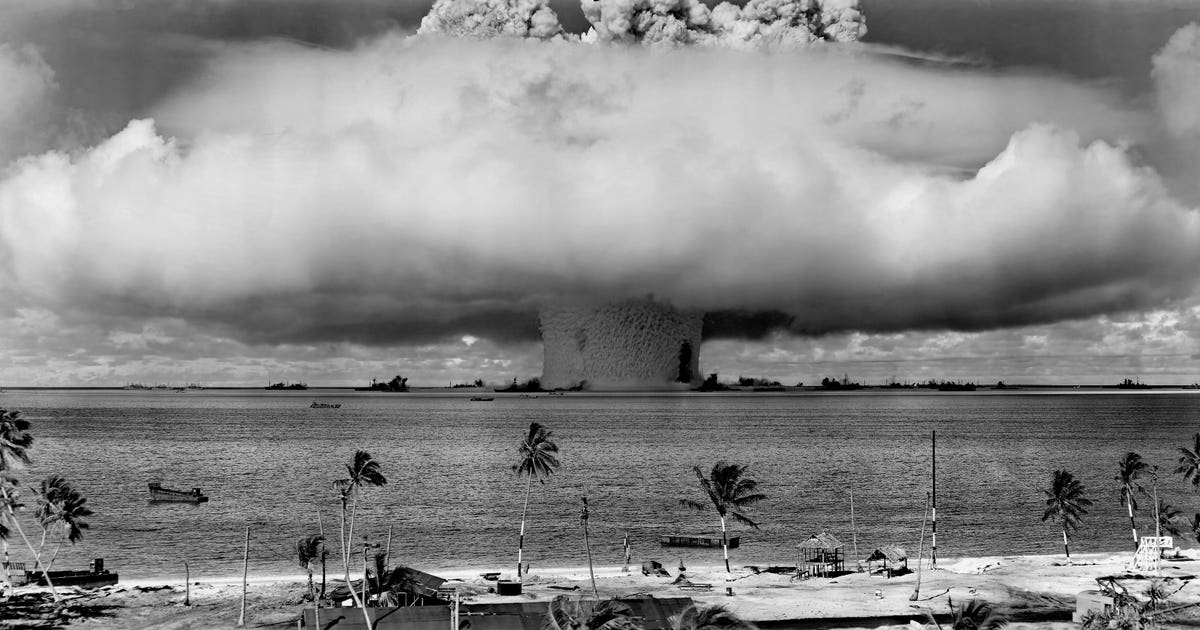 The possible threat of an Electromagnetic Pulse (EMP) to our grid, either as an actual weapon or as a result of natural phenomena like a huge solar flare, occasionally crops up in the news.

EMPs , also called a transient electromagnetic disturbance, are short bursts of electromagnetic energy. They are one of those things that many people think are fake, or over-blown, or a conspiracy theorist’s dream. But a U.S. Commission to Assess the Threat to the United States from EMP Attack says they are real.

EMPs can be either natural, from things like extreme solar geomagnetic disturbances, or man-made like a large thermonuclear detonation or a cyberattack. If they were to be coordinated with physical attacks then things could get real dicey real fast.

The phenomenon of a large electromagnetic pulse is not new. The first human-caused EMP occurred in 1962 when the 1.4 megaton Starfish Prime thermonuclear weapon detonated 400 km above the Pacific Ocean.

One hundred times bigger than what we dropped on Hiroshima, Starfish Prime resulted in an EMP which caused electrical damage nearly 900 miles away in Hawaii. It knocked out about 300 streetlights, set off numerous burglar alarms, and damaged a telephone company microwave link that shut down telephone calls from Kauai to the other Hawaiian islands.

On the natural side, in 1989, an unexpected geomagnetic storm triggered an event on the Hydro-Québec power system that resulted in its complete collapse within 92 seconds, leaving six million customers without power. The storm resulted from the Sun ejecting a trillion-cubic-mile plume of superheated plasma, or ionized gas.

Such storms occur every 60 years or so, and in 1989, we weren’t anywhere near as electrified and electronically interconnected as we are today. Or as we will be in 30 years.

Solar events are considered the most likely EMP to occur.

So what can we do to prepare? Shield them.

Electromagnetic shielding prevents electromagnetic waves from impacting sensitive electronics – everything from televisions and microwaves to mobile phones and baby monitors, along with the critical computer processors in today’s smart devices. Traditionally this has been achieved through metallic screens or metal enclosures built, so-called Faraday Cages.

But we might be able to just paint over them. Painting on the shielding ensures a more thorough coverage at much less cost. In addition, conductive paint can also dissipate heat away from sensitive electronic devices, allowing the regulation of their temperature and preventing the thermal shutdown of modern electronics.

There’s a class of paints called smart paints that do a lot more than just cover and protect a surface from corrosion or rotting. These paints can have additives in them that make them do things like conduct electricity or heat.

They are generally used for things like providing low-temperatures for melting snow of sidewalks and stairs, or defogging glass, up to high-voltage, high-temperature industrial applications. They can adhere easily to most surfaces, including concrete, metal, glass and composite.

Just the type of things our grid is made of – transformers, junction boxes, antenna lines, etc.

These paints are actually thin-film conductors. But anything that conducts an electric field also conducts a magnetic field in the orthogonal direction.

So painting a large transformer with this paint is like putting a Faraday Cage over it, but cheaper.

To see if this is possible, and what how it might be done, we can look at guidelines for EMP Protection and Resilience for Critical Infrastructure and Equipment.

Developed at the National Cybersecurity and Communications Integration Center in Arlington and created to help fulfill the Secretary of Homeland Security’s responsibilities to create a national effort, these guidelines are meant to assist federal, state, and local officials and critical infrastructure owners and operators in protecting essential equipment against electromagnetic pulse (EMP) threats.

Table 1 of the report provides four levels of EMP protection based on the length of time needed to get back online, from seconds to minutes to hours to indefinite. These also tend to track with cost. Roughly 80 dB shielding through 10 GHz provides the highest level of EMP protection.

During testing at the U.S. Air Force Research Laboratory, the latest electropaint from SmartPaint consistently achieved 3 GHz with an average of 91 dB shielding with four coats of paint, about as effective as a half-inch aluminum/steel plate. But while it did well on the higher end above 1 Ghtz, it didn’t do so well at the lower end RFI. It did better with microwave frequencies, where ceramic plates coated in smartpaint got up to 1100°F.

Another potential product is from the company Nanotech Energy Inc., the leading manufacturer of graphene. Their Nanotech EMI Armour Paint & Sheets debuted last year. These are graphene powered coatings and films for electromagnetic interference and radio frequency interference shielding, as well as heat management.

Graphene is the thinnest, strongest, and most flexible material known. It is 200 times stronger than steel, 97% transparent, extremely light in weight, flexible, and stretchable. The products can be sprayed, brushed, rolled, or dip-coated onto various surfaces, such as glass, plastic and metal – depending on the specific product used.

Besides graphene, these products can contain polyurethane with silver-coated copper flakes or polyester binders that provide exceptional flexibility and conduction.

More testing is needed to test lower ranges as well (MHz, KHz), but this is just the beginning. A key issue is how thick, i.e., how many coats, does the paint need to be, and is that sufficient to achieve various desired protections on various targets.

But electropainting appears to be more viable, quicker and economical than producing thick copper or aluminum boxes around all electrical infrastructure in the country.