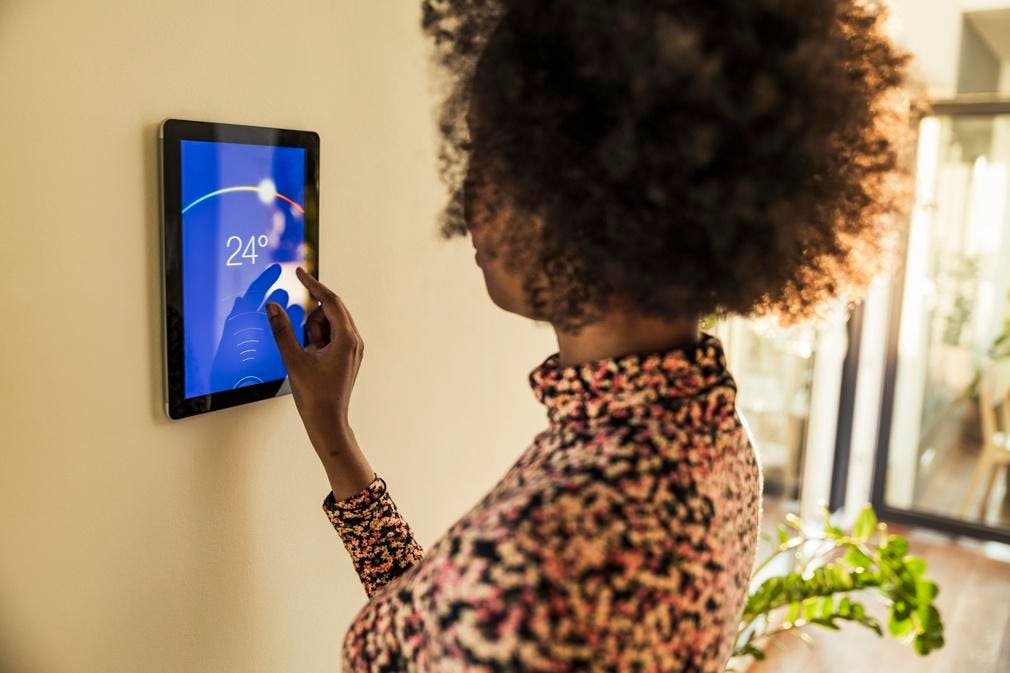 Founder and CEO of SmartRent, an enterprise home automation and internet of things platform for the multifamily industry.

The U.S. power grid is the largest machine on the planet. With over 1 million megawatts of generating capacity, it’s a marvel of engineering. But it’s also an aging, overtaxed machine that’s starting to meet its limitations.

Cities had a wake-up call over the past year when it comes to the power grid. From the polar vortex in Michigan to California’s wildfire blackouts, extreme weather events have shaken up cities’ energy grids, leaving residents literally powerless. The Texas power outages are only the latest signal that cities aren’t equipped to handle everything coming our way.

The numerous crises building up all point to the same problem: Energy demands will continue disrupting the grid, and it’s critical to reduce the stress on the system.

There’s an opportunity for property managers in particular to support a more stable energy system. Housing makes a massive footprint on energy consumption, and it could have just as big of an impact on energy efficiency. Cities are being called upon to invest in better solutions for energy efficiency, and one solution could be right in our own homes.

The pressure on the power grid is rising — and it’s only getting more challenging to handle.

The U.S. suffers from 147 big blackouts each year (paywall), and that number will continue to rise. An overall increase in extreme weather is creating new risks for unpredictable energy demands, and city managers need to plan for the unexpected.

California’s wildfires are one recent example; the state has seen five of its 10 largest wildfires in history over the past decade alone. Climate change is projected to continue causing more intense droughts and hotter conditions, fueling the fires that threaten the stability of utilities.

Power plants are designed to generate the same amount of power that customers demand at any given moment, which means if the power grid is unbalanced, it fails. As the power grid becomes increasingly unreliable, cities have implemented “rolling blackouts” to avoid a complete blackout of the entire system.

This is where housing comes in. Residential housing is becoming an ever-larger consumer of electricity, and already accounts for roughly one-third of the nation’s electricity consumption. Housing managers have an opportunity to make energy usage more predictable and consistent.

Multifamily and single-family properties can save energy by automating utilities like heating, water and electricity, keeping energy consumption reliable and avoiding the surges that put pressure on power grids. These are a few ways we leverage smart technology to make housing more energy-efficient:

• Reduce human error: IoT technology can automate systems like heating and cooling so that residents don’t inadvertently waste energy. Smart thermostats, for instance, enable residents to control heating remotely. This means residents won’t rack up an energy bill by forgetting to turn the heat off (or freeze the pipes by forgetting to leave the heat on). And when temperatures rise in the summer months, smart cooling systems can prevent overwhelming the demand for air conditioning.

• Detect disaster: Leak sensors can detect a leaky faucet or rainwater seeping into the building before it becomes a catastrophic problem, which is especially critical in the event of extreme weather. Leak sensors also help reduce water usage, another key consideration for sustainability.

• Utilize alternative energy sources: Not all of your energy has to come from the power grid. Solar energy systems and energy storage batteries are quickly becoming more popular in residential homes, with the goal of providing long-duration energy storage that can be used during times of peaking demand — like the conditions that took down Texas’ power grid.

Sustainable housing practices aren’t just good for the environment; they’re good for residents. The demand for alternative energy solutions helps people cut their energy bill and adapt to modern lifestyle changes. For instance, renewable batteries will come into play for housing as more residents buy electric vehicles and demand charging stations. But beyond the immediate impact on residents, smart home technology can reduce the strain on our current energy needs and increase transparency into consumption patterns, setting the stage for a more stable, unified system.

The housing sector and the power sector can collaborate to create a more resilient, efficient energy system.

It’s helpful to implement smart home technology in properties, but developers can take it a step further by working with the local government and utilities.

Under the Biden administration, there is an opportunity to push for more transparency with utility companies. One example is the Green Button initiative, the White House call to action for utilities to provide customers with energy usage information. Historically, users only saw their bill — but now they have access to their energy data and consumption patterns.

With government support for transparency, utilities may be more willing to share real-time data that helps residents make informed decisions about when to use energy. For example, utilities can connect with smart home appliances and provide incentives to encourage residents to run power-hungry systems at optimal times. The utility company could tell you the best time of day to run a load of laundry, or even run the load itself on an automated schedule.

Property managers can also work directly with utility managers to shift load during on- and off-peak hours, allowing utilities to pre-cool or pre-heat a housing unit before the peak hours, stabilizing the fluctuations in energy demand. For every apartment unit, such a program could reduce the carbon footprint by 2KW per day and avoid turning on the “peaker plant.” Better coordination between housing and utilities could dramatically reduce the strain on an overworked power grid.

As leaders in the housing industry — the nation’s biggest energy consumer — property owners can play a major role in implementing the smart technology solutions that the power grid so urgently needs. In collaboration with utility companies and local governments, housing leaders can help pave the way for a more sustainable future.