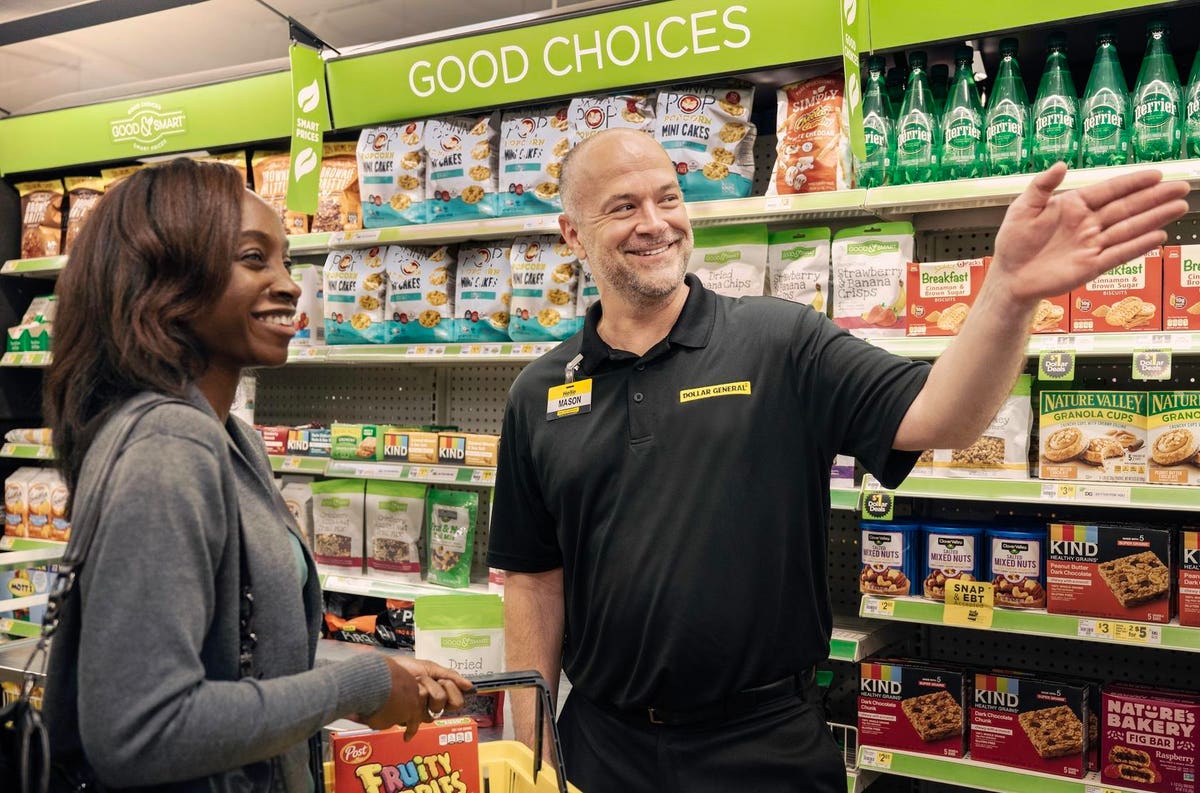 In the wake of the pandemic, Americans’ lifestyle preferences have shifted. According to a recent Gallup survey, nearly half (48%) of U.S. adults say they’d prefer to live in a small town rather than a suburb or city, up from 39% in 2018.

Though rural communities make up a significant portion of the U.S. population—as of 2020, there were more than 57 million rural Americans—these areas often lack easy access to affordable, everyday essential items, like household goods and nutritious foods.

Simple errands like going to the store can involve significant driving time or reliance on sporadic rural public transportation. These hurdles can make obtaining basic items a challenge, especially for those without reliable transportation.

Dollar General is stepping up to fill this access gap. By continuing to open new stores and providing communities with more choice, affordability and convenience when it comes to a wide range of products, the retailer is serving communities that others either can’t or won’t.

Going Where Other Retailers Won’t

Dollar General stores often serve as a critical lifeline for those who need a retail option that is both convenient and affordable. The company currently operates more than 17,600 neighborhood general stores, with the majority in communities of 20,000 or fewer residents. DG’s yellow and black signs often serve as beacons in their communities.

“Retail accessibility, and particularly affordable retail accessibility, is extremely important for our customers to purchase the essential items they need every day,” says Steve Sunderland, Dollar General’s executive vice president of store operations. “We recognize we are uniquely positioned to support a significant percentage of the American population, and in particular a portion of the country that may otherwise lack access to household goods.”

According to Sunderland, Dollar General is often asked by cities, towns and their residents to open a store in their area. Residents of Earth, Texas, and Koshkonong, Missouri, for instance, launched letter-writing and social media campaigns to convince Dollar General to come to their hometowns. These residents knew that the retailer, which has been serving communities for more than 80 years, would be particularly attuned to their communities’ needs while providing value and convenience—roughly 75% of the company’s stores serve communities with populations of 20,000 people or fewer.

Dollar General has also opened or remodeled stores in Burnsville, West Virginia, and Meadville, Mississippi, cities with populations of approximately 500 people. In Burnsville, residents benefited from no longer having to drive a half-hour to do their everyday shopping. City officials also believe the new store will encourage other businesses to open in town.

Meadville’s store, on the other hand, was remodeled after the city’s mayor sent Dollar General a note about the lack of produce options in the community. In response, Dollar General went to the significant length of reconfiguring its local store to provide citizens with access to fresh produce.

Serving Rural Communities In More Ways Than One

“We’re providing opportunities for customers to stretch their budgets, giving them more of what they need and want, but we’re more than a store,” Sunderland adds. “We’re creating new jobs for local residents who have an opportunity to build careers in their hometowns, advance their education and be part of a purpose-driven company. We’re generating tax revenue for communities to help fund projects that can improve the quality of life for cities and towns, which, in turn, can benefit residents for generations to come.”

In keeping with this overall mission, the company gives nearby schools, libraries and nonprofit organizations the chance to apply for grants through the Dollar General Literacy Foundation. Not only do these funds help both adults and children learn to read, but they also help people earn diplomas and achieve educational goals.

Dollar General also seeks to make a positive environmental impact with each store. The company has adopted sustainable practices, implementing initiatives such as LED light replacements, cardboard backhauling, advanced recycling of mixed materials and food waste reduction through its partnership with Feeding America. The company has also invested in the Beyond the Bag initiative, a consortium of retailers that have come together to identify a cost-effective, suitable replacement for the individual-use plastic bag.

Dollar General stores also provide communities across the country with increased access to a variety of products and services they need and want. Roughly 8,500 rural Dollar General locations, for instance, offer pickup and drop-off options from FedEx and every store offers Western Union services, making life more convenient for customers.

On A Mission To Expand

Eager to further serve its customers, Dollar General is taking steps to expand—and in more ways than one.

As of August 2021, Dollar General plans to open 1,050 new stores around the country in fiscal year 2021, as well as remodel or relocate an estimated 1,850 more stores to better serve customers.

In addition to increasing its footprint, Dollar General is exploring new ways to meet the needs of rural communities. The company recently hired its first chief medical officer and is exploring ways to increase access to healthcare products and services, especially in rural America.

While Dollar General will always be on the lookout for new and different ways to put customers first, Sunderland emphasizes the company’s mission will always be the same: to serve others.

“Serving the communities in which we operate has always and will always be core to our mission,” says Sunderland. “Our customers expect us to deliver value and convenience to help them stretch their budgets, and we’re proud to do just that.”