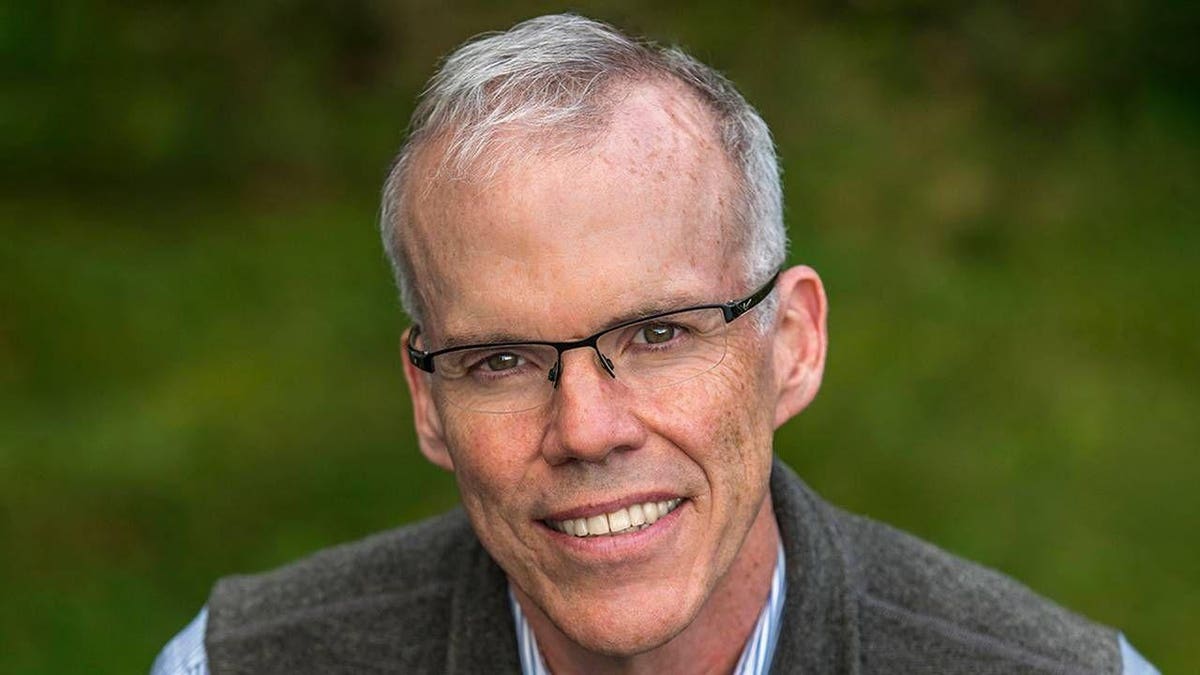 By Craig Miller, Next Avenue

Bill McKibben, who has been called America’s foremost environmentalist, never seems to run out of steam. On the contrary, at 60, he’s firing up the boilers of activism again, engaging a whole new demographic — his own — through a climate change campaign that’s part of what he calls Third Act.

McKibben’s 1989 book, “The End of Nature,” is considered the first wake-up call about global warming aimed at a mass readership. In 2008, McKibben co-founded 350.org, rallying support for progressive climate policy. In recent years, the Ghandi Peace Award winner has been a leading voice warning of the risks of climate breakdown: consequences we’re now seeing outside our windows in the form of extreme weather events and wildfires.

At this writing, Third Act was reporting that more than 5,000 people had signed up for membership. McKibben has also launched a subscription newsletter, The Crucial Years, on Substack. (The title is a double entendre, referring to the older demographic and the ticking clock of climate catastrophe.) He says his share of the proceeds will help fund Third Act.

Next Avenue caught up with the always-in-motion McKibben via Zoom, to find out what’s behind his Third Act strategy, which has already attracted the likes of TV’s Norman Lear, Jane Fonda and Sen. Bernie Sanders. (The interview has been edited for length and clarity.)

Next Avenue: After watching it wobble and falter for more than thirty years, how would you describe the state of the Earth’s climate right now?

Bill McKibben: Feverish. You know, the planet is one degree Celsius — almost two degrees Fahrenheit — warmer than it was [in the pre-industrial nineteenth century] and it turns out, that’s a ton. Every day, the extra heat we trap with carbon in the atmosphere is the heat equivalent of about five hundred thousand Hiroshima-sized explosions.

You start to get a sense of how it’s possible to, say, melt most of the sea ice in the summer Arctic and in the process, turn the Jet Stream and the Gulf Stream off kilter.

I’m old enough to remember when the first pictures of the Earth came back from the Apollo missions showing the planet. Well, depending on the time of year, those pictures are now as out of date as my high school yearbook pictures. In fact, it’s the opposite of my high school yearbook picture: there’s way less white up top on the planet than there was sixty years ago.

And these changes are so enormous. But the really scary part is even with all the floods and fires that we’re seeing, we’re still relatively near the beginning of this story.

We’ve increased the temperature one degree Celsius, but we’re on track to raise it by about three.

That puts a lot of pressure on the U.N. climate summit coming up in Glasgow in just days. Yet President Biden’s climate envoy, John Kerry, seems to be managing expectations, preparing us for underwhelming progress.

I think he’s trying to pressure Congress to do the right thing.

Even if we keep the promises we made in Paris [at the 2015 global climate summit], we’re not going to have civilizations like the ones we’re used to having. The zeitgeist has definitely shifted.

That doesn’t mean that power is shifting as fast because the fossil fuel industry remains a potent force. I mean, if we had fifty years to solve this, we would solve it. We’re going to run the planet on sun and wind fifty years from now because it’s cheap. But if it takes us fifty years to get there, it’s going to be a broken planet that we’re running on renewable energy. The scientists have told us that we have to cut emissions in half by 2030.

Well, check your calendar: 2030 is now eight years and change away. So, this bill in Congress [Biden’s Build Back Better plan] is probably the last bite at the apple we’re going to get in a relevant time frame.

And if we don’t get it passed, I don’t really see what John Kerry is going to be able to do when he gets to Glasgow, to whip the rest of the world into shape. So, there’s a lot riding on the next few months.

You’ve created Third Act, aimed at harnessing people sixty and older in the climate fight. How does that fit into the effort?

You know, the assumption is — and there’s a little bit of evidence to back it up — that people become more conservative as they age. And clearly older people in America right now, we’re an obstacle to change in many ways. And a powerful one because, A) We vote like heck and B) Most of the money ended up in our bank accounts. Baby boomers and the ‘silent generation’ have something like seventy percent of the country’s assets compared with about five percent for millennials.

So, between that political and economic power, it’s very difficult to get the change that we desperately need.

You’re not talking about an entire generation that has abdicated its environmental responsibility, I take it.

I mean, we’re talking about seventy million people here, so there are an endless number of exceptions to any rule, right? There’s tons and tons of older people doing great work already around these things. But with that caveat, taken as a whole, older people are not as active around this as younger people are.

…which is a little ironic, given the history of the boomers.

This particular older generation, in the ‘first act’ of their lives, either participated in, or bore witness to, the most startling and profound cultural and political changes we know about. I mean, they were there at the height of the civil rights movement, the birth of the women’s movement, the first Earth Day.

In our second act taken as a whole, perhaps we turned out to concentrate a little harder on consumerism than citizenship.

But now we emerge with a lot of skills, a lot of resources and often a lot of kids or grandkids and hence, serious reason to not leave the world a worse place than we found it, which is going to be our legacy unless we clean up our act and fast.

You’ve identified the sixty-plus population as kind of an untapped resource. But how do you plan to harness them with Third Act?

There are going to be all kinds of actions in the years ahead, from writing letters and making phone calls to joining in demonstrations and the like.

A good early example: Young people are rallying outside the banks that fund the fossil fuel industry on October 29, and they’ve asked for our support. So, the nascent Third Act groups in half a dozen places are going to join them.

It’s not partisan. We’re not out running people for office or whatever, but there’s lots and lots of campaigning to be done.

So yes, definitely putting pressure on Congress to do the right things or on state legislatures or anybody else, and also putting pressure on the other power centers out of Wall Street and so on. In the same way that say, at 350, we pioneered huge campaigns around the Keystone pipeline or around fossil fuel divestment that have grown into just enormous campaigns.

Those are the kinds of things that we want to try and nurture here: figure out how to put the power of people in numbers at work, to make big change.

So, we’re going to ask you a couple of questions when you sign up. And one of them is obvious: Where do you live? Because there’s going to be local chapters of this thing. But we’re also going to ask people: What did you spend your life doing? What was your passion or your career? Because there should be groupings of Third Act lawyers, musicians, clergy, people of faith, whoever can bring those particular sets of skills to bear on these issues, and come at them from interesting vantage points.

Do you worry that it’s a little late in the game to get this group organized? Not for this age group, I mean for the human species.

Obviously, it’s too late to stop global warming. I mean, that’s not on the menu. The question is: Can we stop it short of the point where it takes out civilizations?

And yes, that’s an open question.

We don’t know the answer and it’s not a good sign that the Arctic is melting, the Amazon is degrading as fast as it is or the oceans are warming. On the other hand, two things have happened in the last ten years that really matter.

One is that the price of renewable energy dropped ninety percent. That’s amazing. And so, there’s no technical or financial obstacle the way that there once was, to change.

And the other thing that’s happened in the last ten years is that people —especially young people — have built these vast movements that are now beginning to counterbalance the power of the fossil fuel industry.

And part of it, of course, is that successful activism and campaigning is kind of about building a culture too, within a movement, an organization. So, we’re very determined that people will feel a sense of exhilaration at this work.

And it looks like climate isn’t the only dragon that Third Act is girding to slay.

The other early campaign that we’re working on is around voting rights. And again, there’s this kind of historic angle.

I mean, you could make an argument that the single most important piece of legislation that Congress passed in my lifetime was The Voting Rights act of 1965. And people died to make that happen, you know. And to watch it be eroded away as people erect new barriers to voting is not only wrong for people of this generation, it’s a kick in the gut.

So, we’re going to rally people around that as well.

And those are kind of emblematic of what I think will be many campaigns over the years ahead, that really draw on what’s best about our group of people.