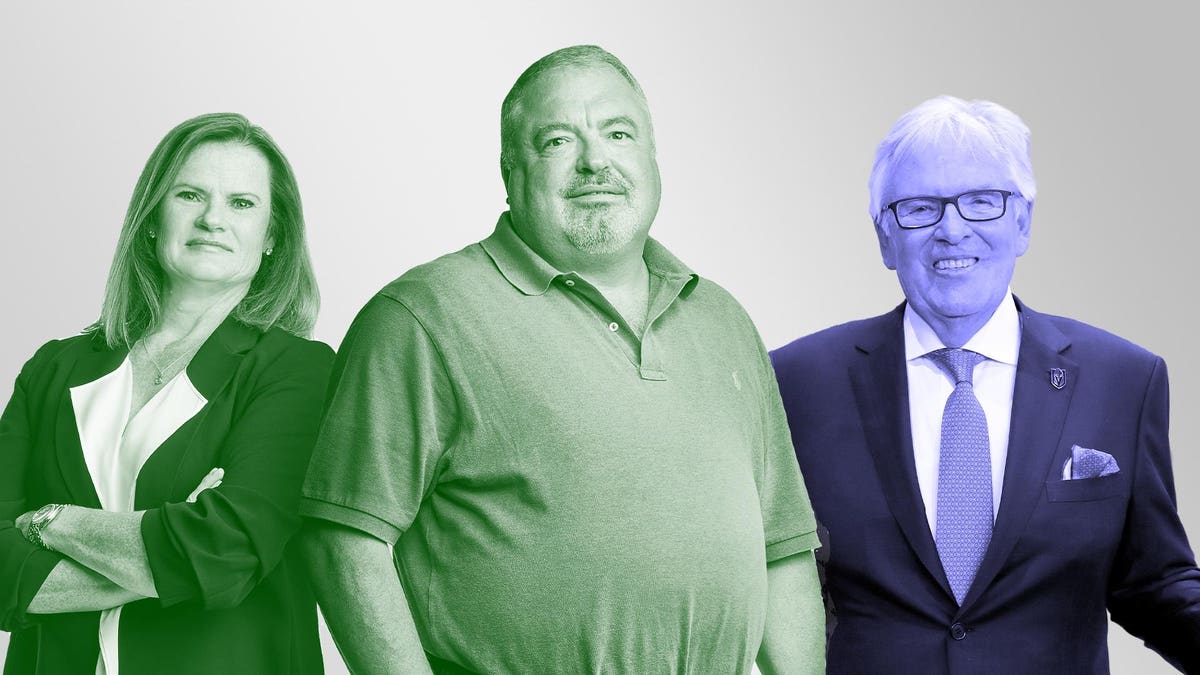 Facing a housing crisis, the northern Montana ski town of Whitefish is trying to build new affordable units. One of those projects ran into stiff opposition from the town’s billionaire denizens.

In the bucolic ski town of Whitefish, Montana, tucked between the Rocky Mountains and Glacier National Park, a long-brewing battle over affordable housing reached a boiling point last week. A proposal for a new development that would have built 318 new housing units—including 48 townhomes and condos marked for affordable rates—was defeated on February 7 in a 5-1 vote by the city council after nearly three hours of public discussion.

The vote came after months of heated debate that split the town of about 8,000 people, pitting neighbors against one another. The city’s billionaire residents, self-made insurance moguls and married couple Mark and Robyn Jones (estimated net worth: $2.2 billion) and the NHL’s Las Vegas Golden Knights owner Bill Foley ($1.5 billion), all opposed the project.

Foley, age 77, is the owner of the Whitefish Mountain ski resort and a ranch nearby, in addition to four restaurants in town. The Joneses’ own a home on 260 acres of land near the ski resort as well as nearly 126,000 acres of timberland, dubbed Flathead Ridge Ranch, that they purchased in 2021. All of those properties, except for the restaurants and the Joneses’ ranch, lie north of Big Mountain Road, where the development would have been located. Foley sent representatives from his businesses to speak out against the project in city council and planning board meetings, while Mark Jones sent an email to the council threatening to pull his philanthropic support for affordable housing elsewhere in the town if the project wasn’t stopped.

It looks like they got their way. Whitefish isn’t the only battleground in the nationwide conflict over affordable housing: The billionaire enclave of Woodside in Silicon Valley—where Oracle cofounder Larry Ellison owns a home—tried to declare itself a mountain lion habitat to avoid a new statewide housing law that allows homeowners to divide their lots into multiple units. And comedian Dave Chappelle drew headlines in February for his opposition to an affordable housing development in the village of Yellow Springs, Ohio.

At a time of rising wealth inequality and surging real estate prices across the U.S., the uproar in Whitefish illustrates the difficulties of reconciling the needs of cash-strapped workers and renters with the concerns of their wealthier neighbors.

Called Arim Mountain Gateway, most of the development would have consisted of 270 long-term rental apartments and a small grocery store built on 32 acres of land on either side of Big Mountain Road, which leads to the ski resort. Its proponents argue it would have created desperately needed affordable housing units while also providing more apartments for workers who are being priced out of a skyrocketing real estate market, where the median home price has doubled from pre-pandemic levels to $1.1 million.

“It’s no secret that Whitefish is in dire need of housing, especially rentals [and] affordable,” said James Barnett, managing partner of American Residential Investment Management, the developer behind the Mountain Gateway project.

But the project, which had been in the works since 2020 but was first announced in August, also generated intense opposition at packed council meetings and in online forums, and not just from the billionaires. The land’s location amid a forest on either side of a busy road—and its proximity to wealthy neighborhoods near Whitefish Lake such as the Iron Horse Golf Club—led to a backlash from residents worried about traffic congestion and potential fire safety issues in a county at very high risk of wildfires. That’s despite a number of concessions offered by the developer, including a new fire station and a roundabout, to alleviate those concerns.

At an October 21 planning board meeting—four weeks before the board rejected the project in a 3-1 vote—two representatives from Bill Foley’s ski resort and his Glacier Restaurant Group spoke up against it, citing increased traffic and concerns that it would “not match the character of surrounding neighborhoods.” That same month, several Whitefish residents formed a group named Flathead Families For Responsible Growth and hired two law firms to organize against the project. They also led a petition drive on Change.org that garnered nearly 3,900 signatures. Lawyers for the group declined to speak with Forbes for this article.

In January, as the project moved to the full city council for a final vote, Whitefish’s billionaires turned up the heat. At a council meeting on January 18, Foley’s representatives objected to the project on the grounds that it didn’t “preserve and protect the character of [the] neighborhood.”

But the greatest pushback came from Mark Jones, who hadn’t publicly opposed Gateway up to that point. In an email sent to the council on January 20—first obtained through a public records request by the local weekly Flathead Beacon and subsequently by Forbes—he threatened to revoke his family’s philanthropic support for another affordable housing project, for 100 units at a city-owned property on Monegan Road on the south side of town, if the Gateway development went ahead.

“If the Gateway project proceeds, we will be withdrawing our support for affordable housing in Whitefish and will not participate financially in any project,” he wrote. Jones confirmed to Forbes that he and his wife Robyn have since donated $500,000 to the Whitefish Community Foundation and plan to donate up to another $500,000 for design and planning work on the Monegan Road project, which is located on land zoned for agricultural use on a partly unpaved road near Whitefish’s sewage treatment plant.

The Joneses’ had first reached out to the Whitefish Community Foundation in September—a month after the Gateway development was announced—to explore a potential affordable housing project, and the foundation then searched for a property that could accommodate 100 to 200 units. Linda Engh-Grady, the foundation’s president, wrote in an email to Forbes that the site is in “easy walking distance to schools” and is not in a fire risk area.

But according to David Taylor, Whitefish’s director of planning and building, there are several issues with the property that make it less desirable than the Gateway land. “Parts of that road aren’t even paved, it’s not ideal for high-density until some of the infrastructure gets put in place that can handle that,” he said, pointing to existing opposition to development in the area and the need to build a car bridge over the Whitefish river to connect it to other roads.

That’s in addition to its unfortunate location next to the sewage facility. “It’s not super high value land for developers to look at, because not very many people want to live next door to a poop plant,” he said, chuckling. (Forbes spoke to three people—including a business owner and a real estate developer—who said the area near the sewage plant smells bad, even after efforts to ameliorate it.)

In an email to Forbes, Jones said he was also initially concerned by Monegan Road’s proximity to the treatment plant, but that a recent visit convinced him otherwise. “It’s actually a very good location,” he wrote. “It’s tied into trails connecting it to the rest of the city, and it would be relatively easy to use landscaping to obscure views of the plant.”

Despite its shortcomings, supporters of the Gateway project are also in favor of the Monegan Road development, preferring an all-of-the-above approach to tackle the city’s housing crisis. And while Gateway was axed, construction of luxury homes north of Big Mountain Road is proceeding unabated: Landmark Whitefish, a luxury condo development with unit prices ranging from $925,000 to $3 million, broke ground last year.

Jones rejected the idea that he is anti-development, calling the affordable housing portion of Gateway a “red herring.” “The only issue I had with the Gateway project was its location – it literally couldn’t have been located in a worse spot for exacerbating traffic and hindering emergency services,” he wrote. “The developers tried to play the victim card that opposition was driven by wealthy people who didn’t want to be around everyday working folks, but that was never an issue for any of us.”

Foley echoed those concerns in a phone call from Nevada, where he lives for the majority of the year. “There’s so much traffic and so many people in that area, that to put that kind of development in that spot would really tie things up,” he said.

Despite having first bought a home in Whitefish 20 years ago, Foley doesn’t usually get involved in local politics. “I don’t get in front of these things very often, but this one really bothered me,” he added. “If they want to build something like this down toward Kalispell, where there’s a four-lane highway and it’s much more developed, great. But this is not the right spot for high-density development.”

With Whitefish becoming increasingly unaffordable, many people are instead moving to Kalispell and nearby Columbia Falls, where rents are cheaper. That’s not necessarily a bad thing if enough affordable housing is built in the wider area, according to Jones.

“There is no question that there is a need to expand the affordable housing stock in the Whitefish area,” he wrote. “Some people will disagree with me, but I think it’s irrelevant whether that housing stock is within town limits or just within convenient driving distance.”

One local who disagrees is Ed Docter, a business owner who runs the Tamarack Ski Shop and an adjacent bar, Montana Tap House, a short drive south of the Gateway project land. “If we don’t build housing here in Whitefish, it’s going to get out of hand,” he said, noting that several of his workers have been unable to find affordable rents in Whitefish and have been pushed out to Kalispell, 16 miles to the south.

Whitefish has experienced explosive growth over the past decade, with its population jumping by 22% from 2010 to 2020. Visitors to the ski resort reached nearly half a million in the 2020-21 season, up 28% from the previous year. And residents say that the influx of tourists and newcomers drawn by the allure of working remotely from a picturesque ski town during the Covid-19 pandemic has exacerbated an affordable housing crisis years in the making.

“Being in a small town, a lot of us can be anti-change…but Whitefish has experienced a ton of growth, especially since the pandemic,” said Mallory Phillips, a fifth-generation Whitefish local who supported the project. She and her boyfriend Nathan Dugan, who works as a physical therapist, were priced out of town and moved to Idaho for several years to save up enough money to buy a home in Whitefish.

A 2016 assessment of housing needs in Whitefish identified a shortfall of about 594 affordable housing units, but only 70 units—about 12% of that goal—have been built since then, according to the city’s senior planner, Wendy Compton-Ring. And those only account for 6% of the total 1,185 units built over that period. While not a cure-all, the Gateway development would have made a significant dent, providing 48 new affordable units on 8.8 acres of land. And 32 of the 270 market-rate apartments in the project would also have been set aside for people earning 60% to 120% of the city’s median income of $52,037.

Speaking four days after the city council voted against his Gateway project, Barnett struck a pessimistic tone. “We’re just segregating the town, putting the affordable housing at the sewage treatment plant,” he said. “You can’t make this stuff up.”