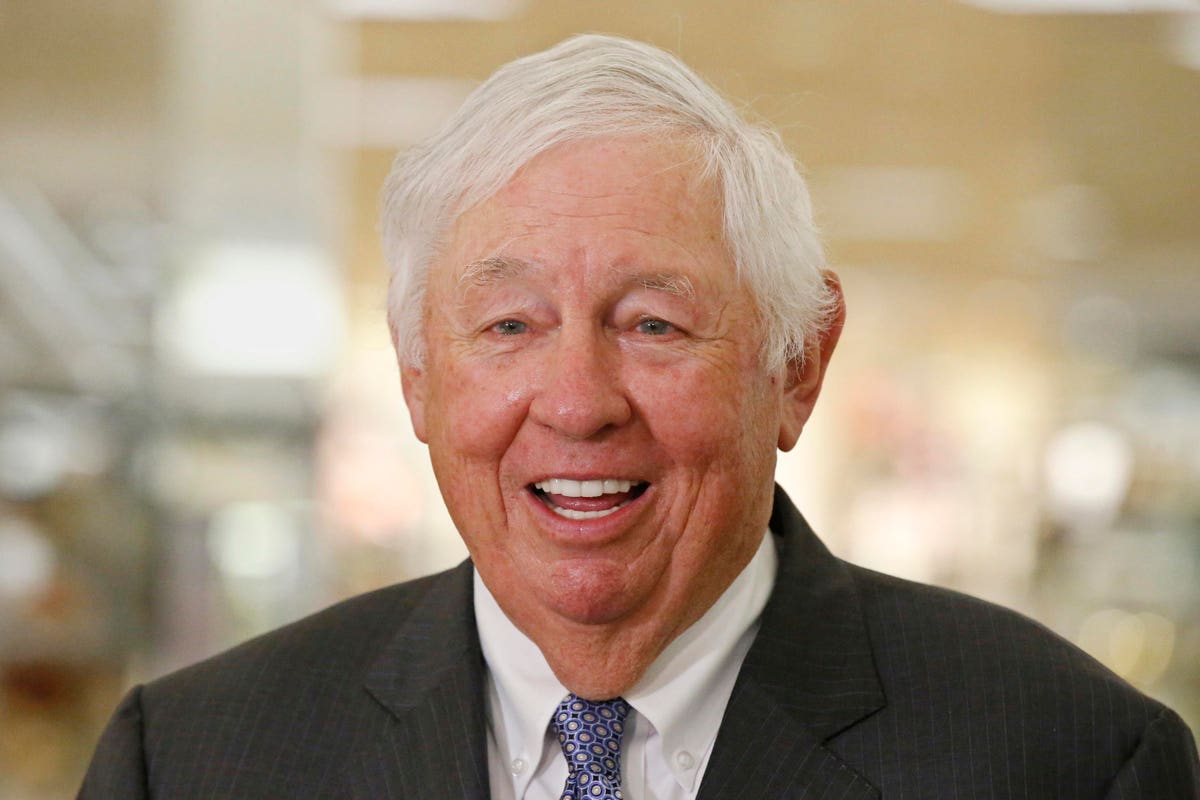 The secretive clan behind the Dillard’s department store chain has a reputation for avoiding reporters, refusing to hold earnings calls and dodging investor queries about their results. So low-profile and seemingly unambitious with respect to their peers, they are sometimes called “the Dullards.”

But there is nothing dull about the family fortune, which is suddenly being measured in billions – not millions – as shares in their 83-year-old department store business skyrocketed over 300% this year, making it one of the best-performing stocks of 2021.

The Little Rock, Arkansas-based Dillard family – who own 7.5 million shares, giving them a 39% stake in the company – have seen the value of their shares go as high as $3 billion in November, up from $400 million a year earlier. After a recent pullback, their stake is now worth about $2 billion, making them one of the richest families in America.

The market capitalization of the 280-stored chain has quadrupled to more than $5 billion since Jan. 1, far outpacing gains seen by much larger chains like Macy’s (up 138%), Kohl’s (up 25%) and Nordstrom (down 33%). Shares have cooled in recent weeks on fears of the omicron variant and a downgrade from an analyst sour on the prospect of department stores heading into next year.

“People started to think this is a hidden gem,” says Craig Johnson, founder of Customer Growth Partners, a retail consulting firm, who points out that the company is largely ignored by Wall Street and has no stores above the Mason-Dixon line. “They are coming from a lower base of knowledge in the company and valuing it kind of in the dark.”

Dillard’s was founded in depression-era America by William T. Dillard, who got his introduction to the retailing business when he went to work at his father’s general store at age 12. After collecting a bachelor’s degree at University of Arkansas and an MBA from Columbia, he borrowed $8,000 from his dad to open his first store in Nashville, Arkansas in 1938. Before long, Dillard was opening stores all over the South, often in shopping malls, which were quickly gaining popularity among suburbanites. The chain went public in 1969, offering two classes of stock, meant to keep the family firmly in control.

Five decades later and the company is still run by the family, including five of William’s children now in their 60s and 70s. Son Bill Dillard II has served as chief executive officer since his father retired in 1998 and owns 10% of the company, while brothers, Alex Dillard and Mike Dillard, are president and executive vice president, respectively. Two daughters — Drue Matheny and Denise Mahaffy — and grandson Bill Dillard III are also vice presidents. The company declined to make any family members available for an interview.

While nine out of 15 board members are non-family members, including the billionaire CEO of Little Rock investment bank Warren Stephens, there are no outsiders on the management team, which lacks a chief financial officer, chief operating officer or chief marketing officer. The family has sold little stock over the years, helping it retain its significant ownership stake and voting control, but regularly collects millions in dividends. In November, the company announced a special, $15 dividend, resulting in an $86 million payday for the family after taxes.

Along with other department stores, Dillard’s business has rebounded this year as shoppers return to stores. Its sales increased 64% to $4.4 billion during the first nine months of the year, compared to the same period a year earlier, outpacing the 49% sales growth logged by Macy’s, 47% by Nordstrom and 30% by Kohl’s. Sales are still below pre-pandemic levels for each chain, but just barely.

Department stores have also gotten a handle on bloated inventory during the pandemic, plus cut down on discounts, helping to boost profit margins. None more than Dillard’s, which pulled in net income of $540 million during the first nine months of this year, a stunning 1,100% increase from the same period in 2019. Macy’s profits are up 200% during that timeframe, while Kohl’s are up 50%.

Investors have piled in, propelling Dillard’s stock from $58 on Jan. 1 to a peak of $410 in November, a 600% gain. That run-up has enriched more than the Dillards. Some 40% of the company’s stock is held by workers in their retirement plans, thanks in large part to the company’s 401(k) matching, which comes in the form of Dillard’s shares. Full-time employees are eligible to receive stock after they work for the company for one year.

Ted Weschler, one of Warren Buffett’s deputies at Berkshire Hathaway, is also sitting pretty. He disclosed a personal stake of 6% in Dillard’s last October, when the stock was changing hands for under $50, valuing his stake at $58 million. It is now trading for over $260, making his stake worth nearly $300 million.

The shorts aren’t as happy, having lost some $300 million betting against the stock this year. They have been further squeezed by the company’s aggressive stock buyback program, with share repurchases of $350 million this year alone. In the last two decades, the number of shares outstanding has fallen from 100 million to less than 20 million, an 80% reduction.

“Pretty much you had the employees own the stock and the family own the stock and you got to the point where there’s pretty much no stock left and they really kind of bought it all back,” said hedge fund manager David Einhorn at a conference over the summer, whose Greenlight Capital invested in the company in 2019. “Their business isn’t materially different or better than it was, but it was probably undervalued by three times when it was hated pre-Covid.”

Even Einhorn is no big fan of the operation, calling it “not a great business” at the conference, but investing in it because it was profitable, didn’t have debt and, most importantly, owned a ton of real estate. Its stores are generally located in good malls and attract a slightly older customer, making it somewhat less vulnerable to the shift online. Some 90% of its sales come from purchases at its stores, according to data firm M Science, compared to about 80% for Nordstrom and 70% for Macy’s.

“When you go into most stores, they are pretty well cared for,” says Neil Saunders, managing director at GlobalData Retail. “Maybe they’re a little old-fashioned. But they are cared for and there is an attention to detail.”

And, of course, there is financial virtue to that lack of ambition. While the company has closed some stores in recent years — including a Baton Rouge location it sold to Amazon for a fulfillment center — it never had the sprawling, national footprint of competitors. Macy’s has closed hundreds of locations, bringing its store count down to 500. Sears and J.C.Penney have also been significantly trimming their footprint after filing for bankruptcy protection. Kohl’s, which still has a massive store fleet of about 1,100 stores, came under fire this week from activist investors who want the company to consider spinning off its online business.

Don’t expect any major changes at Dillard’s any time soon. Family members frequently visit stores via private jet, including last month, when Bill Dillard II stopped in on some stores in Texas, walking the malls, and talking to the owners about leasing rates and foot traffic. “He doesn’t just go to his store and leave,” says Michael Lebovitz, president of mall operator CBL, who has known the family since the 1980s. Dillard’s recently took over an old Sears store at one of his mall’s in Waco. He adds: “There’s been a lot of consolidation in the department store industry. We view them as a survivor.”