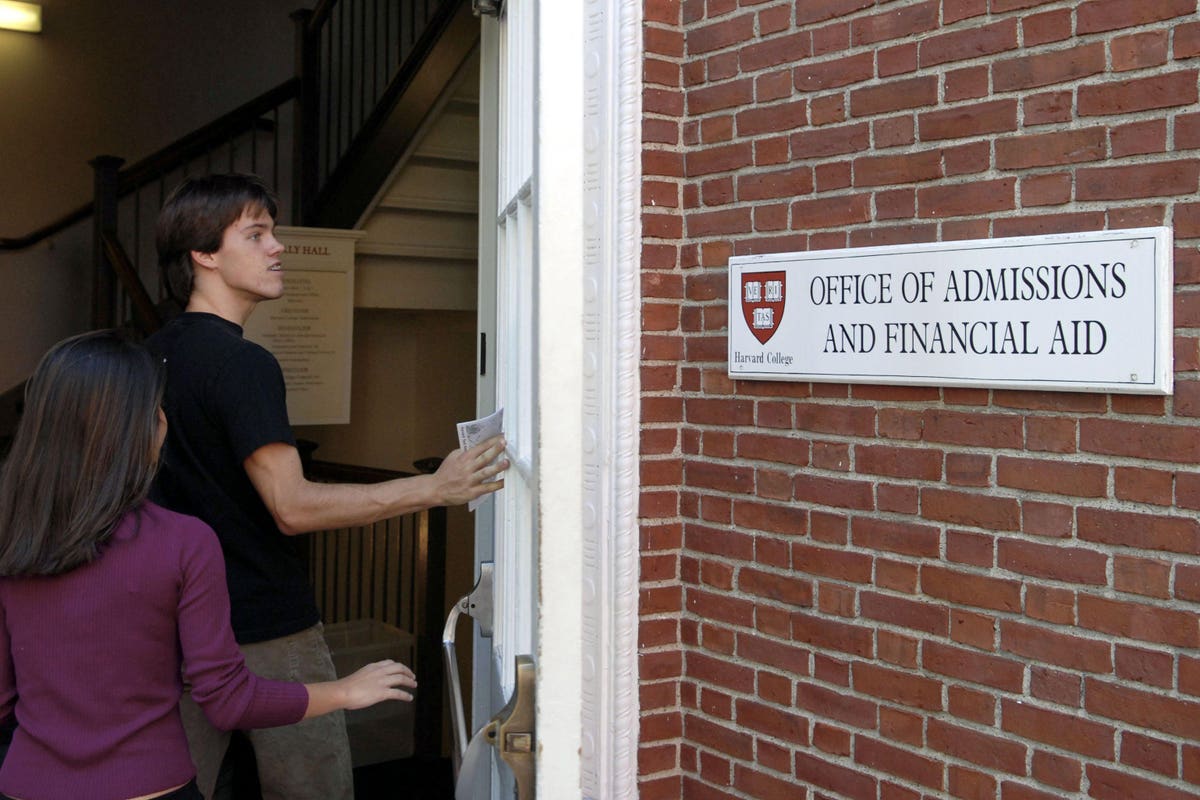 Harvard has made SAT and ACT scores optional for applicants for the next four years, joining a growing trend. But if colleges expect that policy to result in greater student diversity, studies show they’re likely to be disappointed.

In its official announcement that it was extending its recently instituted test-optional admissions policy, Harvard cited the “ongoing COVID-19 pandemic” and its “continued impact on access to testing.” But do administrators truly believe the pandemic will still be preventing students from taking the SAT or ACT four years from now? Let’s hope not.

More likely, they’re betting the move will increase the number of students from groups that have historically been underrepresented on campus and also score lower on the tests. The pandemic has prompted a number of colleges to go test-optional, but some institutions took that path long ago in hopes of increasing diversity. Harvard’s decision may prompt more schools to move in that direction.

But a recent study of 99 private colleges that adopted test-optional policies between 2005 and 2016 found that the proportion of Black, Latino, and Native American students increased by only one percentage point. The same was true for students from low-income families. Another smaller study published in 2015 found similar results.

Why? A researcher on the 2015 study told the Hechinger Report’s Jill Barshay that other factors in college admissions decisions—like extracurricular activities and advanced coursework—tend to privilege the same students who score high on tests. The more recent study noted that the same is often true of subjective criteria like letters of recommendation. That suggests that even if an institution goes so far as to bar admissions officers from considering test scores, as the massive University of California system has done, student bodies are unlikely to become significantly more diverse.

Tests could help colleges diversify, but that would require a different kind of test—plus a rethinking of much of the K-12 curriculum and of standard approaches to teaching. The roots of this problem run deep. (I’ve previously discussed the SAT and ACT here and here.)

Harvard and other institutions may now see the SAT as an obstacle to diversity, and, as its critics emphasize, the origins of the test are indeed linked to a belief in white supremacy. But Harvard itself brought the SAT into college admissions in an effort to increase diversity. Before World War II, Ivy League colleges enrolled students whose primary qualifications were wealth and attendance at fancy prep schools. In 1933, Harvard president James Bryant Conant launched an effort to open the school’s doors to intellectually gifted students of any background.

He devised a scholarship program that would identify worthy recipients through the SAT, which had been developed during World War I to sort recruits into appropriate jobs. By the 1940s, Harvard and other colleges were using the test for regular admissions. The ACT came along in the 1950s.

Conant saw the SAT as a test that measured “aptitude,” as implied by its original name—Scholastic Aptitude Test. He believed such a test was fairer than one assessing knowledge of the high school curriculum—the kind of test elite colleges had previously used—because wealthier parents could send their children to schools that did a better job of teaching that content.

But the SAT, which requires students to analyze complex texts on random topics and understand sophisticated vocabulary, has never assessed innate aptitude alone. To a large extent it actually tests the general academic knowledge that wealthier students are typically better able to acquire, beginning at home. A test grounded in content students have been taught in school can’t level the playing field completely, but—if all students have access to the same content—it could help significantly.

Today, the College Board says “SAT” no longer stands for anything. And yet, the “reading” portion of the test still assesses students on the basis of passages on topics that have no connection to the content of the curriculum. As with all reading tests, the theory is that it’s measuring general reading comprehension skills. But that theory is just as dubious as the one about measuring aptitude. Students with more general academic vocabulary and greater familiarity with the syntax of complex written language are still almost certain to score higher. The ACT organization itself issued a report, years ago, finding that what distinguished college-ready students from others was not possession of general comprehension skills but rather the ability to understand complex text.

It does make sense to assess that ability as one criterion in admissions, because it’s crucial to students’ success in college. The question is why some groups seem to have so much more of it than others. It’s not just because only some kids get test prep and trips to Europe. Those advantages could be largely offset if American schools embraced the idea that all students’ academic knowledge and vocabulary should be built through a coherent curriculum that incorporates explicit teaching, beginning in kindergarten.

Instead, instruction during the elementary years focuses on comprehension “skills” like “finding the main idea” rather than content, partly in a futile effort to boost reading test scores. And teachers have long been trained to favor “inquiry” and hands-on projects over direct explanation. At the same time, few get effective training in reading instruction. All of this ends up further privileging children who are already privileged.

Many students arrive at upper grade levels to find they are suddenly being held accountable for knowledge that no one has given them access to in an effective way. The same thing happens when they take the SAT. Through no fault of their own, many high school students don’t know basic facts like the difference between a city and a state, and an untold number are unable to decipher words fluently (we don’t know how many because we don’t test kids at upper grade levels for that). Eliminating or de-emphasizing the SAT and ACT won’t solve the college diversity problem any more than throwing away a thermometer will cure a disease.

The good news is that an increasing number of elementary schools are adopting curricula that teach kids to decipher words and simultaneously build academic knowledge and vocabulary. If students continue to get a knowledge-building curriculum, it’s possible that by eleventh or twelfth grade they will all acquire enough general academic vocabulary to demonstrate their potential on a test like the SAT.

The bad news is that the vast majority of elementary schools still focus on comprehension “skills.” And even a massive shift towards knowledge-building at the elementary level wouldn’t help the millions of students currently in middle and high school.

At those grade levels, the best bet is explicit writing instruction embedded in the content of the curriculum and beginning at the sentence level. That approach can help compensate for large gaps in students’ background knowledge, build and deepen their knowledge of new content, familiarize them with the complex structure and vocabulary of written language—and boost scores on tests grounded in course content, like AP or IB assessments. Unfortunately, it has rarely been tried, but interest is growing. (I’m the co-author of a book describing a method using that approach, which can and should also be used at the elementary level.)

I would do away with admissions tests like the reading portion of the SAT, at least for the foreseeable future, and focus instead on assessments tied to content students have actually been taught. That could mean AP or IB tests, but it could also have meant the SAT Subject Tests—if the College Board hadn’t abolished them in January 2021. Fewer colleges were requiring those tests, and some admissions officers and college counselors saw them as obstacles for low-income applicants. Others, however, believed they did a better job of identifying hard-working, motivated students. The College Board argued that “the expanded reach of AP and its widespread availability for low-income students and students of color means the Subject Tests are no longer necessary for students to show what they know.” But that overlooks the fact that AP courses theoretically cover college-level material.

Critics of the SAT and ACT believe the tests aren’t accurately measuring the potential of millions of students. They’re absolutely right. It’s also true that academic aptitude isn’t equally distributed among individuals, and colleges need a reliable way of identifying those most likely to succeed. But under our current system, we can neither accurately measure true potential nor reliably identify all those who could thrive in college.