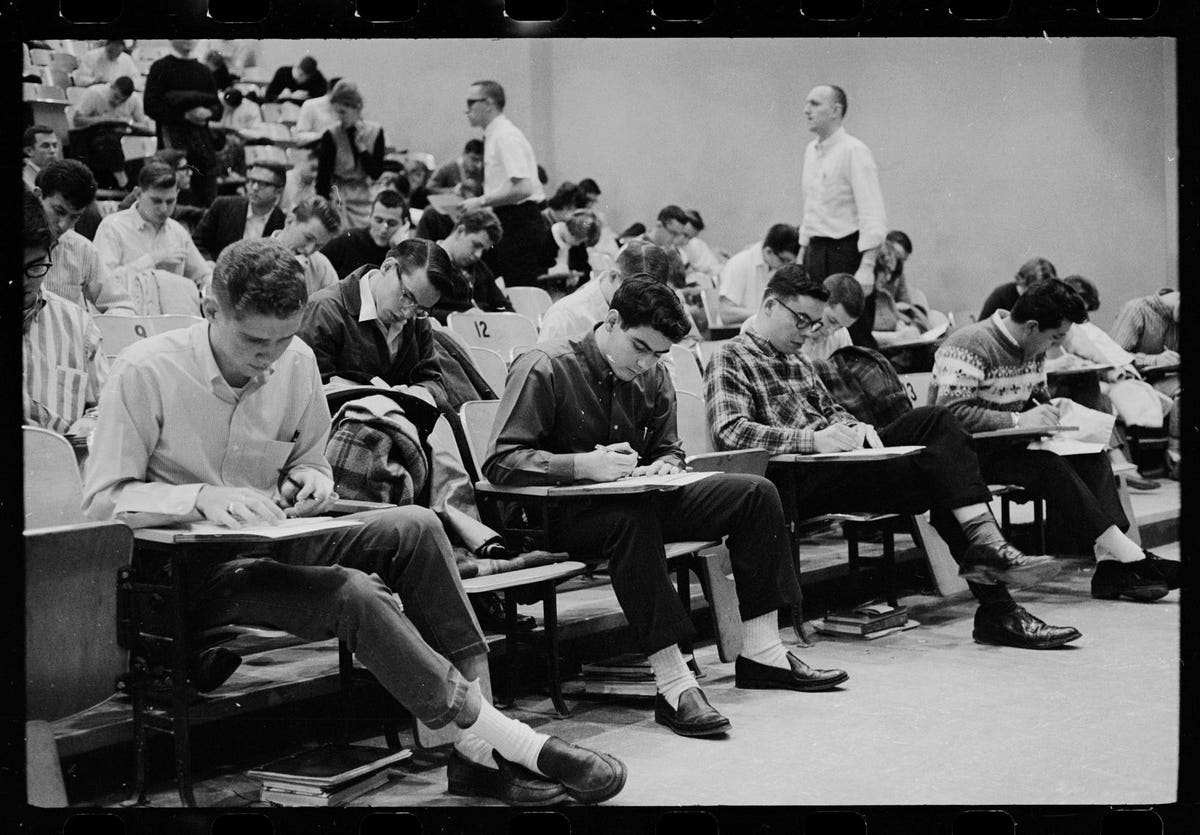 Ask anyone, but especially those in education, about grade inflation and you’re likely to get strong responses. The idea that good grades are more common than they used to be because teachers are more lenient, more passive in their expectations will uncork some passion.

It’s also a topic that’s been difficult to assess objectively because it feels as though it could be a generational trap – an issue in which the older set just believes that things were harder when they did them. And no one wants to hear that, especially young people.

That does not mean that grade inflation – better grades for the same or even less rigorous work – is not a real thing, that it is not happening.

In fact, a working paper published this past April from researchers at BYU, Purdue, Stanford and the United States Military Academy at West Point, says that grade inflation is not just real, it’s contributing to – perhaps even warping – college competition rates.

That could indeed be a big deal for the way we think about college completion and degree attainment as well as how we think about the underlying value agreement of going to, getting through college.

The report authors note that most of the things that would otherwise influence graduation rates, are negative. Net cost, state support, stagnant academic preparation, increased enrollments, students spending less time studying and more time working should all reduce competition rates – yet, they went up.

The researchers also write that, by examining student-level data from nine large, public universities, liberal arts colleges and other sets of data, G.P.A. also increased over this same time – rather steadily since the 1990s. If the two are linked closely – that higher grades boosted college retentions and completions since the 1990s – it means that over the past 20 plus years, a significant number of college graduates would not have earned degrees if grading had stayed flat to the 1970s and 80s standards.

Significantly, the report makes that linkage, saying, “Increasing grades explain, in a statistical sense, a majority of the changes in graduation rates in our decomposition exercise.”

Further, and perhaps most importantly, the paper’s authors said that “increases in college GPAs cannot be explained by student demographics, preparation, and school factors.” They also add that their data, “present evidence that the increase in grades is consistent with grade inflation.” Adding elsewhere in the report, “We find evidence that the increase in grades is due to grade inflation,” and, “These facts combined with trends in student study time and employment suggest that standards for degree receipt have changed due to grade inflation.”

As with all such research, replication and verification will be important – this is still a working paper. Even so, it’s difficult to look away from a data and evidence-filed report which says that degree standards have changed – that is to say, degraded – because of grade inflation.

The report doesn’t get deep into why grade inflation may be happening, though they buzz past a few factors that incentivize it. Those include the reality that professors who give better grades or grade more permissively get better reviews. And reviews matter, especially if you’re an adjunct or contract instructor whose contract is up for regular review. Likewise, courses and departments that are seen as easy – the easy As – see their enrollments and revenues grow.

In the arena of higher education, this report probably won’t change much, as the factors that likely drive grade inflation and downstream inflated completion rates are only increasing. Schools have to increase their revenues, which is to say enrollments. And they have be sure a credible number of those enrollees graduate. That puts pressure on expensive intervention and support programs. But it also puts pressure on grades – and not in a good way.

Outside of higher education, this report may win you bet or help you win an argument. Some pretty credible people, armed with pretty credible evidence say grade inflation – getting better grades for the same work or less – is real.