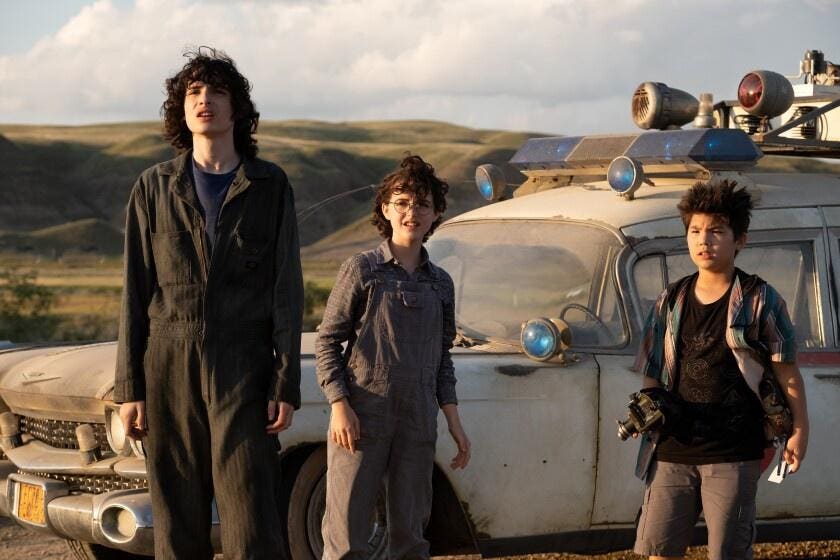 You may be sitting in the theater right now, having just watched the excellent new Ghostbusters: Afterlife and, having been trained at this point by the Marvel movies, you might be wondering: Does this movie have post-credits scenes?

Or maybe you’re headed to the movie later and you’re doing your research ahead of time, in which case . . . good for you! Way to be prepared!

The answer to your question is simple: Yes, Ghostbusters: Afterlife has post-credits scenes. Let me answer your other questions now.

How Many Post-Credits Scenes Does It Have?

That’s a good question! There are two. One is a mid-credits scene that you won’t have to wait very long for. The second takes place at the very, very end of the credits when your bladder may be close to bursting.

Are They Worth Watching?

What’s In These Scenes? (SPOILERS)

The mid-credits scene takes place after the credits start rolling and after you see a surprising name show up: Sigourney Weaver.

Weaver plays Dana Barret, a main character in the 1984 original Ghostbusters, and a love interest of Dr. Peter Venkman (Bill Murray)—a cad and a womanizer who would give psychic reading tests to students as part of his “studies” back in the day. He would always shock the male student, even if they guessed the shape on the card right, and tell the female students they had special powers. What a scumbag!

Well in the mid-credits scene he gets a taste of his own medicine. Venkman shows up in the climax of Ghostbusters: Afterlife along with the other original Ghostbusters, but Weaver does not. She shows up only in this mid-credits scene. In the scene, she has Venkman’s little shock box and his deck of cards. His hand is hooked up to the electrodes from the box.

As she shows him the cards, he guesses right each time but she shocks him anyways. She asks him if he has the cards marked and at first he denies it, but when she shocks him again he fesses up. He’s not psychic—just clever and deceitful. It’s a pretty funny scene.

Oh, and Sigourney Weaver looks every bit as good as she did in 1984. What bedeviling magic is this?

The final post-credits scene plops us down in the corporate offices of Dr. Wintson Zeddemore, played by Erne Hudson who also looks in tip-top shape for his age. He’s talking with Annie Potts (Janine Melnitz) the secretary from the original Ghostbusters who had a bit of a fling with Egon (Harold Ramis) back in the day. (The movie is largely a tribute to the memory of Ramis who passed away in 2014).

This is kind of a strange conversation. Winston is telling Annie about his success as a businessman. Is she interviewing him? Did I miss some dialogue where she’s doing a story or a biography or something? It just seems like a weird conversation for two people who know each other to have.

The better part of this scene shows Winston in the old Ghostbusters building as the Ecto-1 is brought into the garage. He’s clearly going to put some of his money into fixing up the place and the car and, it seems, launching a new generation of Ghostbusters. Will that include our young heroes from this movie, the wonderfully smart and funny Phoebe (McKenna Grace), her older brother Trevor (Finn Wolfhard) and their pals Podcast (Logan Kim) and Lucky (Celeste O’Connor)?

Then we pan to the ghost vault, where a flashing red light warns of . . . danger? It can only mean danger, though I’m not sure what. With the building in disrepair and vacant all these years, was the vault still functioning? I’m confused—maybe nerdier Ghostbusters fans than me have some thoughts?