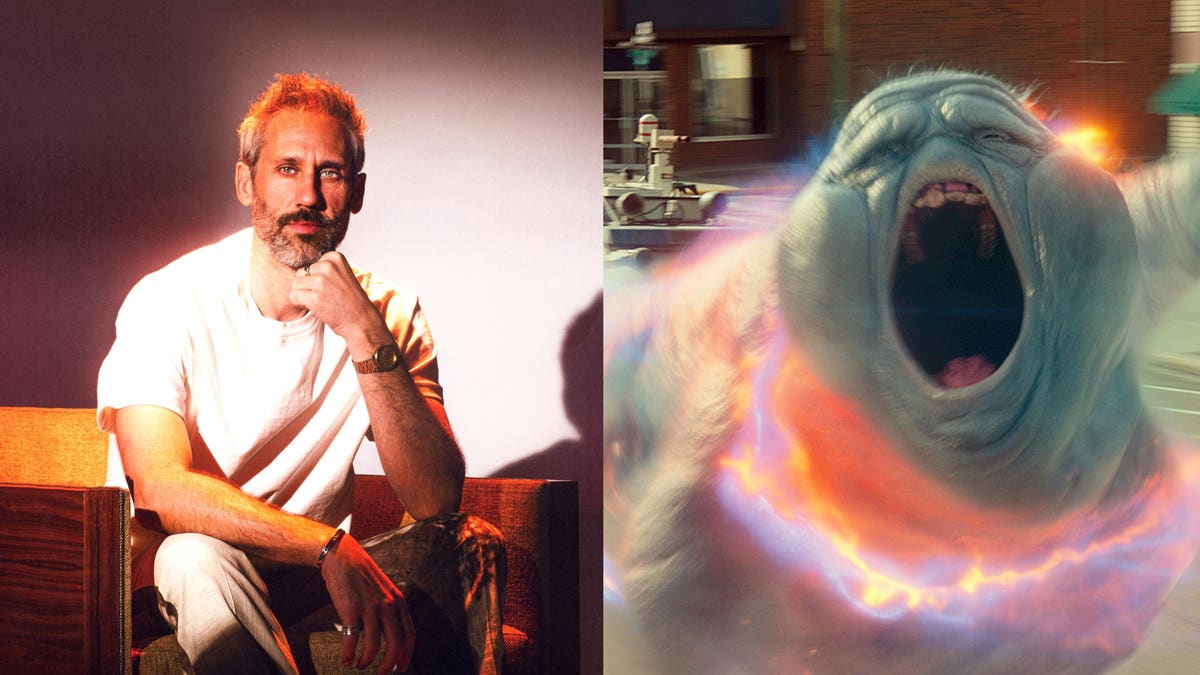 When Jason Reitman decided to make a Ghostbusters film that would serve as a direct follow-up to the first two movies directed by his father, Ivan Reitman, the filmmaker knew just who to call for the musical side of the spectral undertaking: Rob Simonsen. The composer had previously worked on Reitman’s two previous features: Tully and The Front Runner (both of which were released in 2018).

“I think on this one, it was important … to make sure that I ‘understood the assignment,’ to use the parlance of TikTok,” Simonsen says of the project that would ultimately become Ghostbusters: Afterlife (now playing in theaters). “With all the department heads, he was saying the same thing, which was, ‘You kind of have to put yourself aside and be in service of this film that we’re trying to carry forth.’”

***WARNING! The following contains certain spoilers for the film!***

Set in the modern day, Afterlife hands the franchise off to a brand-new generation of spiritual exterminators: Phoebe (McKenna Grace) and Trevor (Finn Wolfhard) Spengler, the estranged grandchildren of Egon Spengler (the character played by the late Harold Ramis to whom the project is dedicated). With that general pitch in mind, Simonson went ahead and whipped up an 8-minute demo for Reitman.

“Afterlife does things that the original didn’t do by any means in terms of scope and action and tone and spirit,” he explains. “It tended to vacillate between creepy, totally apocalyptic, and comedic. And this kind of nostalgic wonderment and discovery and youthful innocence and also, just big, fast-paced action set pieces that didn’t really happen in the original. So, that was the conceit of the demo.”

He added: “I sent it to [Jason] and he was just over the moon about it. I think that was the thing that really sealed the deal and we said, ‘Ok, we understand how we can do this.’ We weren’t looking to do a modern reimagining as much as going back to the original and then walking forward in those clothes.”

Naturally, the process began with Elmer Bernstein, who scored the 1984 original. “I really did a lot of studying of his score — both watching the film and listening to how he would approach certain moments dramatically,” Simonsen continues. “Looking under the hood, looking at the score and seeing the kind of voicing that he used and how he used them.”

Fortunately, he was able to rely on feedback from Elmer’s son, Peter Bernstein — a composer in his own right.

“He orchestrated on the original for Elmer and he orchestrated on a lot of his dad’s films,” Simonsen says. “We reached out and asked if he would come on board and help be a score consultant and a kind of keeper of the flame. Peter came on board and we formed a great friendship. He would make suggestions about, ‘Oh, you know, back in the ‘80s with my dad, we would’ve added this’ [or] ‘We would’ve added that at a tympani hit for this.’ Just some orchestration suggestions that were really great.”

Another member of the creative Ghostbusters brain trust was Ivan Reitman himself (serving as a producer on Afterlife under his Montecito Picture Company banner).

“I think the most shocking thing that Ivan told me … was that he initially wanted to be a composer,” Simonsen recalls. “I think he started school with the intention of being a composer and then switched to film and has [obviously] had an illustrious career in that. But he’s got a great ear, so his suggestions were shockingly specific and I really appreciated that.”

In addition to drawing from the first two Ghostbusters movies (released in 1984 and 1989, respectively), Afterlife also owes a debt of gratitude to ‘80s-era classics like The Goonies, E.T., and Stand By Me — films that refract the poignant loss of innocence through a prism of the extraordinary. That palpable sense of supernatural wonder became one of the major cornerstone of Simonsen’s score, which wouldn’t feel out of place in a Steven Spielberg/John Williams movie from back in the day.

“We really thought about action/adventure movies from the ‘80s — of which there are so many. So many of those are scores that have gone on to become very famous and so well-loved by everyone,” he says. “There’s a spirit in those films and I think it was a spirit that was alive and well in the ’80s in America. It was a much more innocent time and there’s a spirited sense of how action is approached and a sense of fun and a sense of wonderment and awe and just kind of going for it.”

Nowhere is that philosophy more palpable than in Afterlife’s emotional final minutes where the main characters — including the surviving Ghostbusters played by Bill Murray (Peter Venkman), Dan Aykroyd (Ray Stantz), and Ernie Hudson (Winston Zeddemore) — get a chance to briefly reconnect with a benevolent ghost version of Egon (Ramis was briefly brought back to life via modern CGI techniques).

Following this incredibly touching reunion, Egon’s spiritual aura dissipates into the night sky, prompting the heroes to look up in awe. It’s enough to bring tears streaming down your cheeks.

“I think the [most] difficult scene was probably the very last one,” Simonsen admits. “Just because we knew that there were big shoes to fill in terms of musical expectations and the music needing to take people to a certain emotional place … and be big and inspiring and full of wonder and yet, still keep it with just enough dissonance that it doesn’t sound too straight-up. That it didn’t sound too syrup-y because I think you might lose people.”

He continues: “I think the end is really this blend of some of this new material that I wrote for Afterlife, along with a very sweet rendition of the Ghostbusters theme and the Ghostbusters melody played in a way that we haven’t heard before and re-harmonized.”

Originally slated for release in summer 2020, Afterlife ended up delayed several times by the global COVID-19 health crisis. While it was certainly a bummer for Reitman and his team to continually push off the title’s theatrical debut, they’re just glad that audiences are finally able to enjoy the film they worked so hard to create.

“As a Ghostbusters fan, as a kid growing up in the ‘80s, and having seen that film so many times, it’s nice that the fans of the franchise are getting excited and that they’re getting excited about the film,” Simonsen says. “Because we all went to great lengths to really embrace the original and to have that seem like it’s landing in a good way for people is really nice. It’s really exciting.”

Since the movie’s post-credits scene does lay the groundwork for a sequel, I ask Simonsen where he’d like to see the music go if he’s lucky another to return for another installment.

“I think it’s such a fun world to be in and I think if a new team of Ghostbusters gets to go on some new adventures and face off with new foes, then let the music do the same,” the composer finishes. “Let it develop, but just coming from that same spirit — coming from that same place and perspective and having fun with it.”