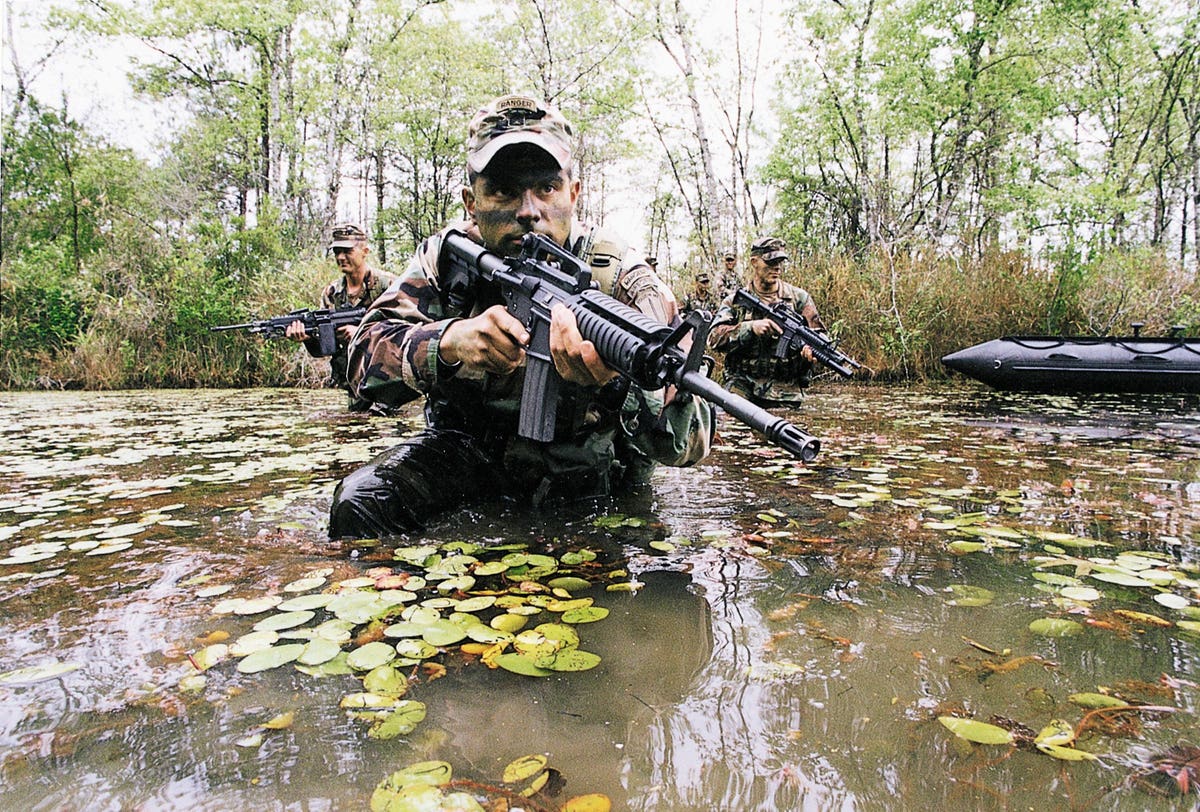 Jeramiah Solven knows all about the value of working with the right team — it’s literally saved his life on military deployments to Iraq and Afghanistan.

“I’ve been on missions where 1,000 troops were dropped into an airfield at night, cleared out enemy troops, conducted off-site raids and departed before the sun came up,” said Solven, a former Army Ranger who led raids against high value targets from insurgent forces.

“One of the most important lessons I learned is that the proficiency of your people and systems is directly proportional to your level of success — and that technology and systems are second to having the right team members,” he said.

Today, Solven leads business owners and CEOs through grueling team-building experiences in the Colorado Rockies. He told Zenger that no matter whether it was dropping into an airfield or coaching business leaders, success comes from having the right team.

For many small business owners, team-building starts with processes like accountability and operational efficiency, which have observable outcomes and measurable results like sales closed or time billed.

But Rangers like Solven don’t limit their team-building to fitness tests and accuracy on the firing range. They also protect each other on the battlefield and never leave a man behind — loyalty and teamwork principles which executives can use to create amazing team culture and employee satisfaction on the battlefield of business.

Once Rangers are well-trained at their specific skills — from firing weapons to working radios to parachuting from planes — they must learn how to move down the battlefield together to survive and to accomplish the mission. They must learn hand signals, the strengths and weaknesses of their teammates, and how everyone’s technical skills create more success. And each team member must keep themselves ready to accomplish the mission by keeping their weapons clean, maintaining technical skills, and reviewing the mission beforehand.

The synergy of skills, motivation and vision is as important in business as it is among Rangers — but it is often missing in the business world, team development coach Freddi Donner told Zenger. “Many companies collect ‘skills’ when they hire people. However, they rarely spend time ensuring the team defines, understands and models the behaviors by which team members can work together most effectively. This can create stress in teams or worse, apathy due to burnout and conflict.”

As mentioned, Rangers must also never leave a man behind. But many small business owners think that this principle doesn’t apply in their arena. They have accountability measures for not showing up on time, or for not meeting key performance indicators.

But without a military-like support of team members, and creating accountability which is corrective as well as punitive, and includes the right rewards for success, businesses risk creating a culture of fear and backbiting.

Ahmed R. Ali has grown TISTA Science and Technology Corp. from a one-person shop to leading about one thousand employees and contractors. He previously told Zenger that along the way, he learned that “a thriving, durable culture is built to support staff.” A military veteran like Solven, Ali has launched several charitable non-profits in addition to the for-profit TISTA — and he said all of his entities take care of the people they employ and serve.

“You can’t succeed in the military without taking care of your battle buddy, and no leader in any environment can succeed without team members who look out for each other,” he said. “I’ve always worked to create a consistent culture that is bought into by staff and leadership because it holds everyone accountable, creates a teamwork mentality and puts long-term success over short-term results. People will make mistakes, and sometimes they’ll need some extra help. Once new employees get through our company’s version of basic training and are part of the team, we base our long-term success on building people up.”

“Soft” strength is the glue that holds companies together

A final benefit of going “soft” to become a stronger company is that the agreed-upon guidelines described by Donner can become the glue when something goes wrong.

For Rangers, someone who breaks codes of honor or ethics, or breaks with the team’s strategy, tactics and mission, may become anathema to the rest of the team and punished with demotion or dishonorable discharge. The same is true in business when employees or leaders violate company guidelines or policies.

The book, “The Power of Habit,” features “The Ballad of Paul O’Neill” on its way to showcasing how great values kept metalworking company Alcoa Corp. together when a senior manager failed to report issues in a Mexico plant. By violating company injury reporting policies, and failing the company’s safety culture, the manager “fired himself,” according to the book.

O’Neill retired from Alcoa over 20 years ago, and today it is a smaller, publicly traded company. But the company continues to highlight its focus on safety through its publicly available online safety tracking system and in its annual report. In 2020, the company boasted $9.3 billion in revenue, 12,900 employees, and over 195,000 “field safety verifications.” The company had zero employee deaths in 2018 and 2019, despite being in a dangerous industry.

“At Alcoa, values are not simply something to print out on a poster and hang on the wall,” Alcoa Chief Human Resources Officer Tammi Jones told Zenger. “We live up to those values, and we take action whenever we hear of contradictory behavior, ensuring we protect a culture of integrity, excellence, and care.”

She said that the company “may have suffered in the short term” when releasing people who “were strong in delivery, but delivered those results in a way which did not align with our values.” However, said Jones, “in the long-run, making sure we consistently live up to our standards and values always pays off.”

“The proficiency of your people and systems is directly proportional to the level of success you will have in business,” Solven told Zenger. “The best companies combine people and systems to accomplish missions quickly and profitably, and move to the next mission — just like Rangers. But you must have the right team members with the right technical skills who can work together, protect each other, and hold each other accountable.”

“Without the right people and the right culture, you can have all the resources in the world and still fail. In order to succeed, leaders must prioritize teams that have skills, a common understanding of mission and culture, and loyalty,” Solven said.