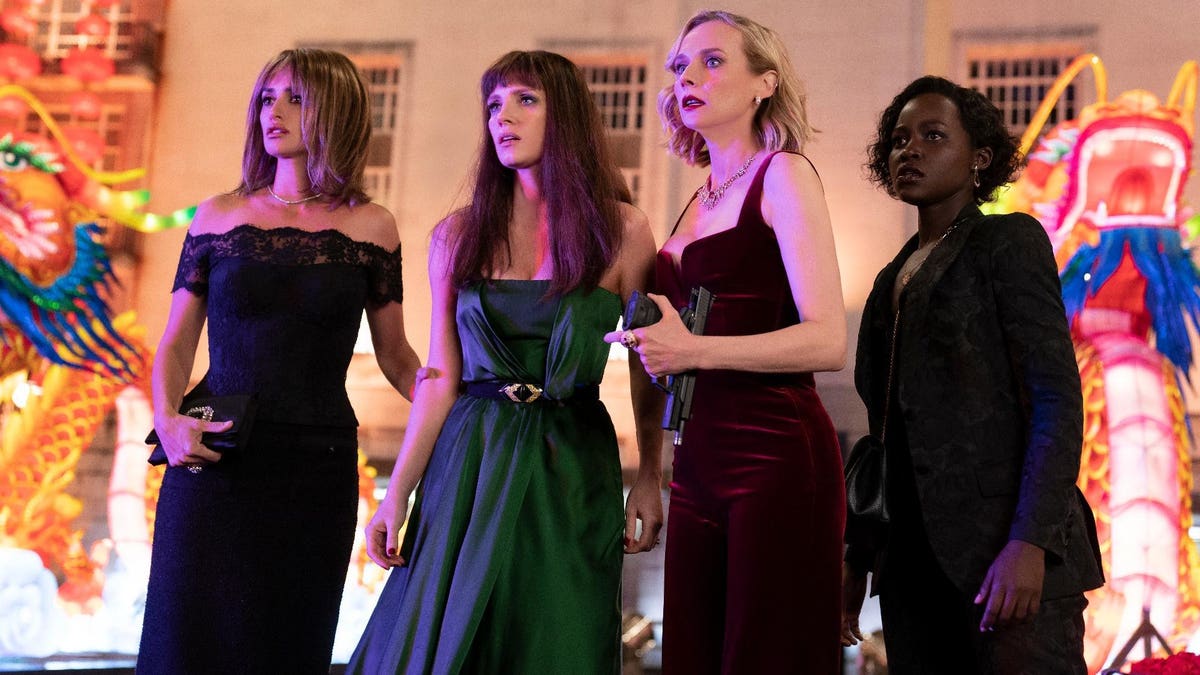 The new only wide opener this weekend was Universal’s The 355, which earned $1.71 million on Friday for a likely $4.3 million Fri-Sun frame. To be fair, nobody expected the action spy thriller, starring Jessica Chastain, Fan Bingbing, Penelope Cruz, Lupita Nyong’o and Diane Kruger, to break out even in non-Covid times. In January 2020, in the before-times, Blake Lively’s (far superior) The Rhythm Section had the worst pre-Covid opening ever for a wide release, with just $2.7 million in 3,049 theaters. The perpetually online are quite vocal about wanting a lady James Bond but neither they nor hardly anyone else tend to show up when Hollywood offers up a new female-led spy/action movie. Even Charlize Theron’s dynamite Atomic Blonde scraped by with $100 million on a $30 million budget months before Kingsman: The Golden Circle topped $400 million.

Simon Kinberg’s badly reviewed and buzz-free release is frankly the kind of “women can kick ass too” actioner that during the pandemic became its own sub-genre in the streaming world. Sans a real “gotta see this in cinemas right now” momentum, why drive out to the theater when you can catch up on Karen Gillan’s Gunpowder Milkshake (which was supposed to be in theaters), Chastain’s Ava (which had a limited release before breaking out on VOD), Mary Elizabeth Winstead’s Kate and Kate Beckinsale’s Jolt (along with Maggie Q.’s theatrical but now on VOD The Protégé) at home? Nonetheless, $4.3 million is better than The Protégé’s $2.9 million opening and above Liam Neeson’s The Marksman ($3.1 million), Honest Thief ($4 million) and essentially tied with Russell Crowe’s Unhinged ($4 million, or $4.6 million if you count its week-earlier Canadian debut).

Meanwhile, Sony and Marvel’s Spider-Man: No Way Home took advantage of being the only biggie in town, earning another $8.3 million (-46%) on Friday to bring its domestic cume to $644 million. It should pass both Jurassic World ($652 million) today and Titanic ($659 million counting the 2012 3-D reissue) early tomorrow to become the sixth-biggest domestic earner of all time. We’re looking at a $31 million (-45%) fourth weekend, bringing its cume to $666 million. Mark of the devil aside, that’ll put Spider-Man 3 version 2.0 right over/under Spider-Man ($402 million in 2002/$662 million adjusted-for-inflation) and Ghostbusters ($229 million in 1984/$667 million adjusted) on the inflation-adjusted list. Once it passes Ghostbusters on Monday, it’ll be Sony/Columbia’s biggest tickets-sold domestic grosser. And if it continues its 44.7/55.3 domestic/overseas split, it’ll be at around $1.49 billion worldwide tomorrow.

That’ll push it past the $1.45 billion gross of Frozen II, making the Tom Holland/Zendaya MCU sequel the biggest grossing global earner since The Lion King ($1.662 billion) in summer 2019. Whether it gets past Lion King or Jurassic World ($1.671 billion) is an open question, but it should sail past Furious 7 ($1.515 billion) and The Avengers ($1.517 billion) over the next week to place eighth on the all-timer’s chart. In terms of domestic weekend holds, its closer to Aquaman (-44%) and The Hobbit: An Unexpected Journey (-45%) than the four respective Star Wars movies (-56% for Rise of Skywalker, 55% for Last Jedi, 55% for Rogue One and 53% for Force Awakens). If this continues, and this is a big “if,” then yes Spider-Man: No Way Home could end up over/under $800 million domestic by the end.