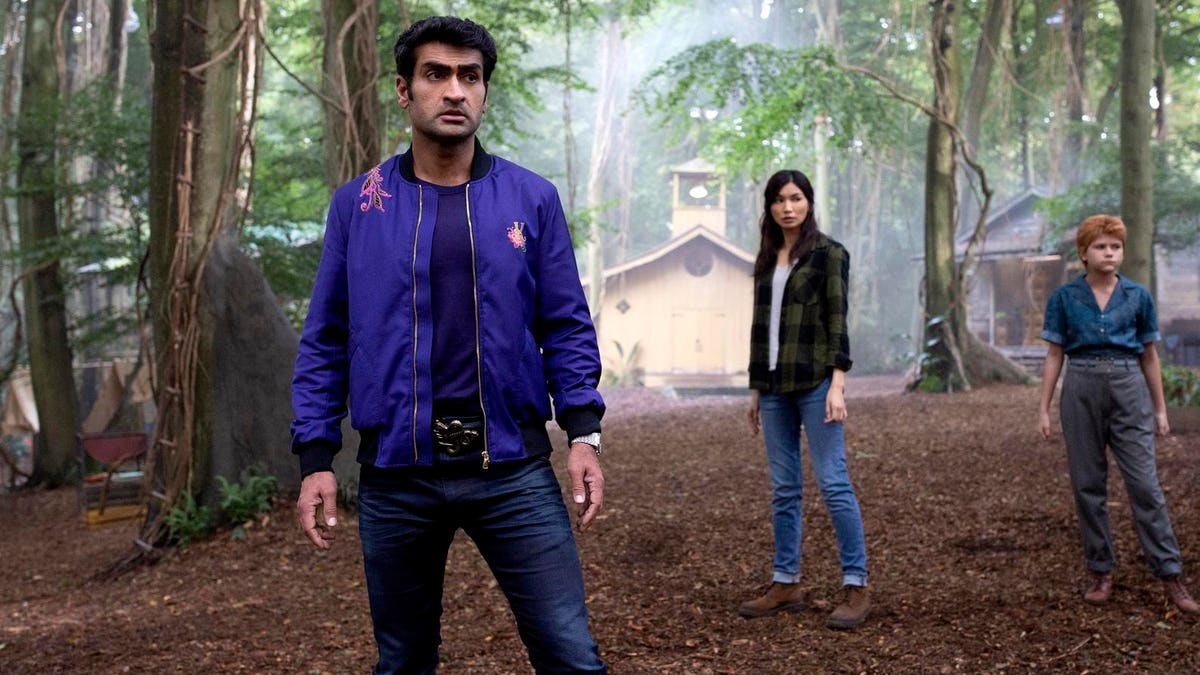 In a weekend mostly lacking in “big” new releases (since Top Gun: Maverick moved to 2022 while Ghostbusters: Afterlife took its November 19 slot), Paramount’s Clifford: The Big Red Dog was the top newbie on Friday. The (surprisingly charming and utterly painless-for-adults) live-action kid-targeted fantasy earned $4.215 million, giving the $64 million-budgeted comedy a $9.7 million total since opening on Wednesday. That positions Clifford for a $14.6 million Fri-Sun launch and a robust $20.2 million Wed-Sun opening frame.

That’s despite the film being available concurrently “for free” on Paramount+ and despite a lack of even a single scene where Clifford eats someone or knocks down a building. It’s a bigger Fri-Sun frame, even without counting the first two days, than Tom & Jerry ($14 million in February) and Paw Patrol ($13 million in August). This opening is also on par with how it would have opened in non-Covid times.

The adaptation of Norman Bridwell’s children’s book series offers a level-headed sincerity that isn’t concerned with being hip or topical in its humor. Darcy Camp stars alongside Jack Whitehall, John Cleese and Tony Hale, and the bright, vibrant, Walt Becker-directed film is certainly much better than (offhand) Yogi Bear, Alvin and the Chipmunks or Tom & Jerry.

With an A from Cinemascore, I’d argue decent legs for this one save for the battering ram of kid-targeted flicks (Ghostbusters: Afterlife next week and Disney’s terrific Encanto over Thanksgiving). But if Clifford can weather the late-November storm, it’s clear sailing until Sing 2 at Christmas. There is clearly a market for “in theaters and on streaming” kid-specific titles, as long as the budget is kept in check.

The only other opener of note this was Kenneth Branagh’s Belfast. The well-reviewed and thus-far well-received Focus Features release, loosely based on his own childhood growing up during The Troubles in Northern Ireland, has been pegged as a “by default” Oscar frontrunner partially because it’s a movie that everyone likes even if not everyone loves.

It’s an absolutely rock-solid character dramedy, with strong performances (including meaty turns from Caitríona Balfe, Ciarán Hinds and Jamie Dornan) and a cultural specificity which makes it all the more universal. The picture opened with $640,000 in 580 theaters, setting the stage for a $1.63 million opening weekend. A star-free, black-and-white coming-of-age period piece drama was never going to break big on opening weekend. Focus is clearly banking on strong word-of-mouth and long awards-season legs for this crowdpleaser.

Marvel’s Eternals dropped an expectedly harsh 74.6% on Friday, earning $7.819 million and bringing its eight-day cume to $99.084 million. The MCU flick should cross $100 million today, or just one day faster than The Incredible Hulk after that 2008 release’s $55 million (mid-summer) debut. The Friday-to-Friday drop is the third-worst drop for an MCU title behind only Black Widow, which fell 80% from a $39 million Friday and Ant-Man and the Wasp which tumbled 75% from a $33 million Friday.

However, Black Widow was concurrently available on Disney+ for $30, which cut into the repeat business and post-debut theatrical revenue. Eternals is theatrical only, with a 62% weekend drop on par with Spider-Man: Homecoming (from a $117 million debut in July 2017) and Ant-Man and the Wasp (-62% from a $76 million debut in July 2019). The Spidey flick and the Ant-Man sequel rallied over the summer with 2.8x weekend-to-finish multipliers, while Black Widow (same weekend in 2020) earned just 2.28x.

If these were bigger grosses and if the other variables (reviews, buzz, a Disney toon opening in 1.5 weeks, etc.) weren’t so perilous, this would be arguably mere trivia. But, yeah, all signs point to either comparative disapproval or (perhaps worse) comparative cultural indifference to the latest Marvel flick, at least in North America. Meanwhile, Venom: Let There Be Carnage crossed $200 million domestic today, thanks to a $1.03 million Friday (-14%). It will earn $3.83 million (-14%) in weekend seven for a $202.5 million domestic cume as it approaches the $202.8 million cume of The Amazing Spider-Man 2 (in 2014) and $204 million total of last year’s Bad Boys For Life.

Meanwhile, Eternals pain is Dune’s pleasure, as the WB flick finally had a decent hold in weekend four. The Legendary sci-fi epic earned $1.62 million (-29%) on Friday for a likely $5.58 million (-28%) fourth-weekend gross. That’ll give the $165 million, 2.5-hour, Denis Villeneuve-directed flick a $93.2 million cume. Yeah, unless it drops like a rock against Ghostbusters: Afterlife, it’s crossing $100 million domestic by the end. Not to be outdone, No Time to Die earned another $1.36 million (-25%) on Friday for a likely $4.51 million (-25%) sixth-weekend gross.

This “despite” becoming available on PVOD this past Tuesday, as James Bond 25 will pass $150 million domestic tomorrow. It might also crawl past the $700 million worldwide milestone tomorrow as well, currently second only to F9 ($721 million) among MPA releases since 2019. By the way, its current sans-China over/under $475 million overseas cume is larger than any Hollywood release’s global total since late 2019 save for F9 ($721 million, including $173 million domestic and $203 million in China). We can debate whether $160 million domestic is good (even on a Covid curve) for No Time to Die, but its overseas figures are doing the job.